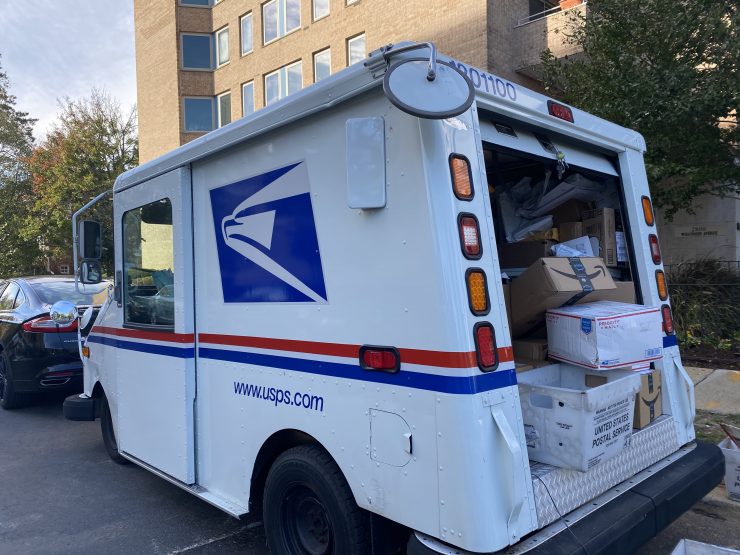 The unprecedented number of mail-in ballots cast this year because of the coronavirus has put an unusual amount of pressure on the U.S. Postal Service to ensure every ballot is delivered on time.

Last week, USPS reported an “exceedingly high-volume of mail moving through the system.” The agency prioritized ballot delivery, which resulted in about 20 percent of all mail being late for the week of Oct. 19.

Felicia Lott, the communications specialists for the USPS Capital region, said Tuesday the agency implemented “extraordinary measures” to ensure ballots are processed and delivered on time.

Lott said USPS has been working closely with local election boards to ensure that ballots are cleared and delivered. Ballots have been accepted and processed throughout the day, while USPS carriers have been making special runs to local boards of elections.

“With a record number of people having voted by mail, the U.S. Postal Service has processed and delivered more than 126 million ballots, including both blank ballots delivered from election officials to voters and completed ballots from voters to election officials since September 4,” Lott said.

Lott said the agency would continue to “expeditiously process and prioritize the delivery of ballots this election season.”

To do that, starting Oct. 26 and continuing past the election, USPS is doing extra pick-ups and deliveries.

Lott said USPS is “deeply committed to our longstanding role in the electoral process, and we are actively working to deliver in this election season.”

Mark Dimondstein, president of the American Postal Workers’ Union, said postal workers on the frontline have “moved heaven and earth” to make sure all ballots are processed and counted on time.
Dimondstein said workers put in “extra hours, extra attention, and extra effort.”

“Every local stepped up to ensure the timely delivery and processing of ballots with hundreds of our locals involved in local task forces to ensure the job was done well and any problems were addressed,” Dimondstein said. “Over the next few days, we stand with all fair-minded people throughout our country who expect and insist that all ballots, including all mail ballots, will be counted and the results respected.”

The integrity of postal workers was constantly attacked by the “highest office of the land, “ Dimondstein said, but “the honesty and dedication of postal workers to the people of this country was once again in full display.”
The deadline for ballot receipt in D.C. is Nov. 13th. Track the status of your absentee ballot here

D.C. has until November 16 to count all ballots, and until November 24 to certify and release final election results, according to the D.C. Board of Elections.