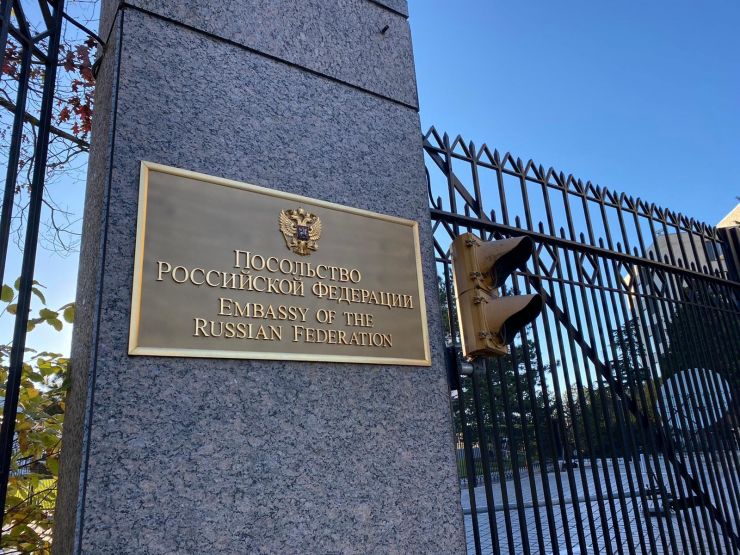 The Wash spoke to students and young professionals in Italy, England, Armenia, Vietnam and South Korea about who should win the U.S. presidency.

Americans aren’t the only ones anxious for election results this week. The international community is also on edge since the U.S. president will have a broad influence on global affairs.

Bologna-native Valentina Fabbri, 20, studies in the university in Milan, Italy. She studies public relations and corporate communications. Fabbri said that even though this year’s U.S. election is “a little weird” she continues to watch the news because she knows it’s important.

“Up to this point, I think Biden will win,” Fabbri said. Before Barack Obama and President Trump were candidates, she didn’t pay much attention to American politics. But this year is different.

“I feel like this is a very particular election,” Fabbri said. “It’s very difficult to decide because everything can change in a minute.”

Fabbri has tried to inform other Italians about the political events happening in the United States but she said they aren’t interested.

“What happens in America has consequences all over the world. And some Italian people that say ‘Oh we’re Italians, we don’t care about this,’” she said. But “like no, what the U.S. does, affects you and affects the entire world,” Fabbri said she tells her peers.

Like Fabbri, Nelly Harutyunyan, 21, is also a student. But she lives in Yerevan, Armenia, a country in the middle of a war with Azerbaijan over a territory called Nagorno-Karabakh.

Harutyunyan, lived in Iowa for one year in 2016 during an exchange program. She said she was very disappointed when she heard Trump won Iowa, her host state during her stay in the U.S.

“I had very high hopes for Iowa,” Harutyunyan said.

Harutyunyan said she doesn’t keep up with politics much but because the U.S. election results can affect Armenia, she tries to keep up with current events happening in the U.S. She said she believes Biden will replace Trump as president.

“Between the candidates, of course, I’m anti-Trump. And I think a lot of people are just voting for Biden,” Harutyunyan said. “Trump has been providing a lot of support to Turkey and Azerbaijan which affects Armenia in a very bad way.”

In early October, Senate Democrats sent a letter to Secretary of State Mike Pompeo urging the president to suspend aid to Azerbaijan and call for an immediate ceasefire.

“I think Biden may win because he is getting more votes in Wisconsin and Michigan,” Kim said. “But there are some variables like Nevada I’m worried about.”

Jill Nguyen, is a 27-year-old professional working in the tech field. Nguyen, who is from Hanoi, Vietnam said there are intersections between her work in technology and political campaigns.

“Let’s say if Biden does win, I don’t see Trump going away,” Ngyuen said. “I do see his followers, his supporters, and even himself and his family continue using social media to create misinformation and chaos.”

Nguyen said she is “cautiously optimistic” that Biden will win. “It’s very close.”

Michael Heaven, is a 36-year-old working in the music industry in London. Heaven, originally from Liverpool said he was up all night just to watch the election and see the outcome. He, like many others from the international community, are awaiting the results.

“I think Biden is going to win,” Heaven said. Heaven says he is confident that Biden can get the 270 votes he needs to win the election.

“I think Biden can get there without Pennsylvania,” said Heaven. “If he holds Nevada, Arizona, Wisconsin, Michigan, it’s over.”