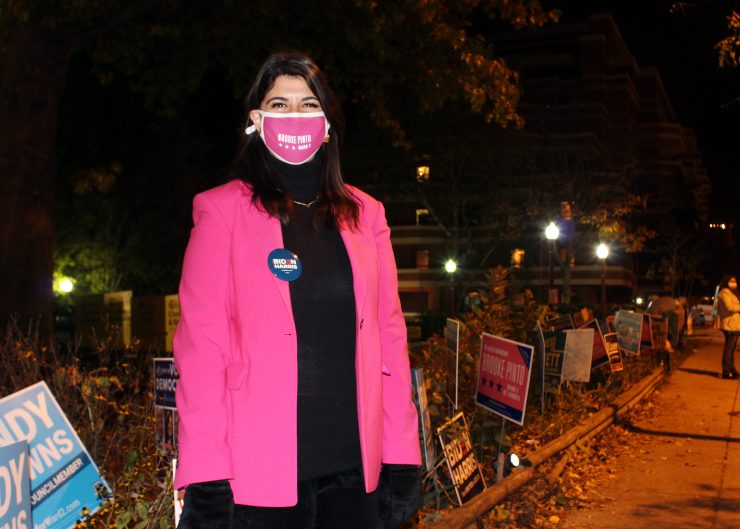 The results of the 2020 election were historic for women nationally, sending Kamala Harris to the White House as the United States’ first female vice president. But the results were also historic for women on a local level with female candidates retaking the majority on the D.C. Council.

“You won’t be surprised that makes me very happy,” Mayor Muriel Bowser said about the results at a press conference Nov. 4. Bowser is only the second woman to serve as mayor of D.C. and the first woman to be reelected.

Christina Henderson, a former aide to outgoing member David Grosso, will join Janeese Lewis George and Brooke Pinto as the newest members of the council. Each of the women replaced a male predecessor.

In Pinto’s case, she is the first woman to hold a seat in Ward 2. Henderson overcame a crowded field of 22 other candidates to win one of the at-large council seats with 15% of the vote. Janeese Lewis George, a Black democratic socialist, defeated incumbent Brandon Todd in the Democratic primary and sailed to victory in the general with more than 94% of the vote.

George Derek Musgrove, a professor of history at the University of Maryland, Baltimore County, said her win was among the most significant of the night. Musgrove is the co-author of the book Chocolate City: A History of Race and Democracy in the Nation’s Capital.

He said “we have seen a whole lot of motion” on the D.C. Council “without too much movement.”

Musgrove can’t speak to an overarching trend pointing towards female politicians making greater gains on the D.C. Council. He’s also not sure that this indicates a sea change in D.C. politics.

“Certainly the number of women on the Council has jumped but that does not appear to be part of a larger trend in the District,” Musgrove said.

Regardless, a demographic shift in city politics has at least one precedent in recent years. Last year in Boston, female and nonwhite candidates for city council broke a glass ceiling by winning majorities for the first time in history.

But some voters took notice.

Sara Aguiniga cast her ballot for Brooke Pinto at the School Without Walls at Francis Stevens Nov. 3. Pinto was outside of the polling place campaigning at the time.

Although Aguiniga said she was mostly there for the national ticket, Pinto’s presence on the Ward 2 council ticket also piqued her interest.

Throughout her campaign, Pinto battled perceptions that she is an outsider in D.C. politics. Pinto moved to D.C. six years ago to attend law school at Georgetown University. Aguiniga, however, didn’t care about those characterizations.

“So few people are from D.C.,” Aguiniga, who grew up in Maryland, said. “It’s a city of people who are new to the city. We support people who want to make the city a great place and keep it a great place.”

This was Pinto’s third campaign in 2020. She won a special election to the council after her predecessor Jack Evans resigned due to an ethics breach. She then won the Democratic primary in the summer and won reelection to her Ward 2 seat Tuesday with more than 60% of the vote.

“It’s all about connection with voters and with constituents,” Pinto said outside of the School Without Walls on election night. She said due to the pandemic she wasn’t able to knock on doors. She and her campaign had to make phone calls, sometimes hundreds of them a day, to local voters.

“Those phone calls really helped me connect one on one with voters,” she said. “That experience through the campaign has made me the most effective councilmember I can be.”

Although there is no available data on women’s strides in local politics, Pinto, Henderson and Lewis George’s success do mirror the national success for female candidates in their 2020 races.

According to the Center for American Women and Politics (CAWP) at Rutgers University, 135 women will serve in the 117th Congress, a new record. 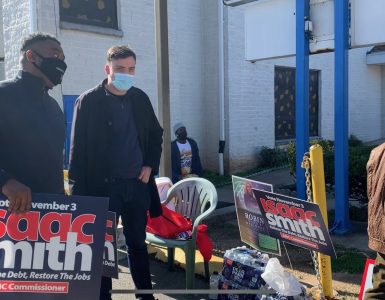