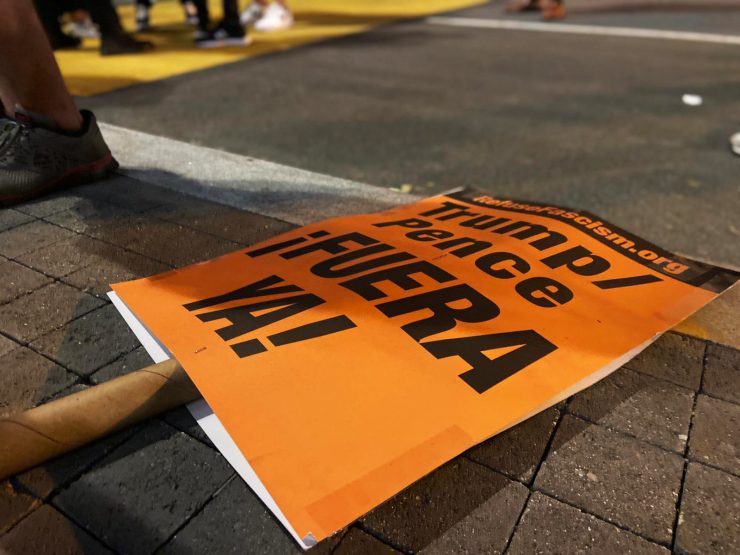 Swing states swing both ways when it comes to Latino voters.

When Donald Trump won Florida — and its 29 electoral college votes — on Election Night, it came as a shock to the national Democratic establishment, which spent millions on its presence in the battleground state.

Wilkinson, who studies Latinx voters in the South, said that Cuban Americans have a history of voting for Republican candidates.

“These last few years though, we have seen more Cubans support Democratic candidates, especially among young Cubans in the Florida area,” Wilkinson said. “But it’s important to recognize that there are some Cubans who really were attracted to Trump because of his antisocialist messaging.”

Jose Irastorza, 81, who is a Cuban American living in Atlanta, voted for Trump. “Not as much for Trump,” Irastorza said. “I really don’t care about Trump one way or the other.”

Irastorza, who is retired, voted with an absentee ballot. That’s how he’s voted for a few years; he has moved between Florida and Georgia and did not know where he would be located when voting.

He voted for Trump, he said, because he’s concerned about Biden’s health and the possibility that the people around Biden end up ruling the country.

Singers, socialists and a ‘caudillo’

Donald Trump spent the last four years crisscrossing Florida. Trump, whose Mar-a-Lago resort is in Palm Beach, is registered to vote in the state. He won Florida in 2016 by around 113,000 votes.

But the Biden campaign’s efforts in the Sunshine State were for naught. The Trump campaign surged to victory with more than 5.6 million votes — nearly 400,000 more votes than Biden. Trump received 38% of the state’s overall Latino vote and got 55% of the Cuban American vote.

The Biden campaign evoked Trump “as a kind of Latin American dictator, or caudillo,” which failed to resonate as much with U.S.-born Latinos who “aren’t immigrants themselves who are more concerned about jobs or COVID,” said Bernard Fraga, an associate professor of political science at Emory University.

“Trump, on the other hand, tried to use the message of painting the Democrats as socialists: appealing to Cuban Americans who are heavily Republican already, compared to other Latino national origin groups,” Fraga said. “That was more effective, coupled with his messaging about law and order.”

Trump also tried to appeal to young Latino voters with glitzy music videos by bands like Los 3 de la Habana. In a video for the group’s “Trump Song,” the band dances on a boat replete with Trump flags and a painted bald eagle. Trump used the song in a campaign ad — complete with dancers, food and smiling families — that has been viewed by more than 370,000 people on YouTube.

The battle for the Grand Canyon State

The state will likely turn blue for the first time since 1996.

Trump, who has campaigned for years to build a wall on the US-Mexico border and restrict legal and illegal immigration, is down in the Grand Canyon State by just over three percentage points, underperforming himself in 2016 when he beat Clinton by three-and-a-half percentage points.

Some 71% of Latino people in the state voted for Biden this time around, according to a report by Latino Decisions, a Latino political opinion research firm.

“Arizona’s Latino community is 90% Mexican Americans,” Stephen Nuño-Perez, a senior analyst at the firm, said. “In Arizona, Latinos have largely been vilified, so working within the Republican Party is just not an option” for Latinos in the state.

Moreover, “in Arizona, restrictive immigration and immigrant laws are very much more salient and present in the mind of Latino voters,” Fraga, the political scientist, said. 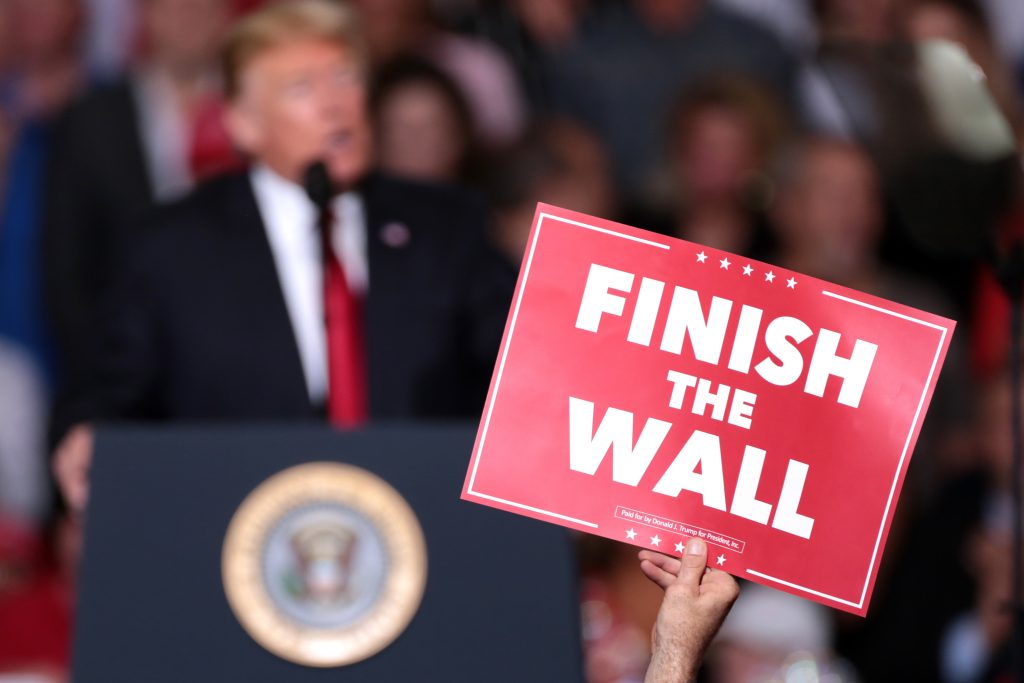 A supporter holds a “Finish the Wall” sign at a Make America Great Again campaign rally for US President Donald Trump in Mesa, Arizona on Oct. 19, 2018 (Gage Skidmore/Flickr)

That contrasts with nationwide Latino sentiment, according to Wilkinson, the political scientist, in which the top issues are “jobs and the economy, health care —  given the fact that many were overwhelmingly impacted by the pandemic — and systemic racism against black and brown individuals.”

Donovan Carr, the outreach coordinator at the Arizona Secretary of State’s office, said he interacts with Latino outreach organizations like Mi Familia Vota and the League of United Latin American Citizens through an advisory committee that meets monthly. He said the office made sure to be “prepared ahead of time” to stay in touch with the groups.

Outreach will be a monumental task going forward.

“The future is bright in terms of the power that the Latino community will have in shifting election results in North Carolina, Georgia, Texas and other states in the South,” Wilkinson said.