Voters between 17-29 made up 11% of the Democratic electorate, a 4% decrease from 2016’s primary. So what’s holding this demographic back from participating in politics?

Many young South Carolinians, especially Democrats, said they decided not to vote because they believed their primary votes wouldn’t affect the 2020 general election.

Eliana Robinson, a 22-year-old student at the University of South Carolina, voted but wasn’t sure it mattered.

“It feels like oftentimes, we come vote in the primaries, or the general election or whatever, and then the DNC chooses who they want to be the candidate,” Robinson said.

Some blame this feeling on the fact that the state has historically voted Republican.

“Why does it matter if we’re just going to vote Republican anyway?” said Weston Redick, a 22-year-old college student from Columbia.

Some young people said they didn’t vote because they were uninformed about the process.

Emmanuel Noell-Baba, a 27-year-old law student at USC, said the process for registering or asking for an absentee ballot can be confusing for young voters, especially those just coming out of high school.

“High school education is not geared toward enabling specific participation as much as it should be,” she said. “When people come out of high school, they aren’t as prepared to take part in democracy as they ought to be, and they only catch up when they realize that the issues that they vote on are actually affecting them.”

Others blame the chaotic news cycle for not paying attention to politics. Christal Green, a 27-year-old waitress from Columbia, said she’s talked with co-workers about why they won’t vote.

“They feel like they can’t vote because they are uninformed, and when I ask them ‘Why don’t you get informed?’ they say because they don’t really trust the news sources and the sources that the information is coming from,” she said.

There are, however, younger voters who are trying to encourage others to come out to the polls.

Victoria Krivo, a 22-year-old from Northern Virginia, is part of the USC campus mentor program that teaches incoming students about political campaigning. While she acknowledges that talking to others about politics has been considered “taboo” in the past, she encourages her peers to engage in political conversations.

“It can be so hard to want to start up a conversation with your friend or your roommate because … there’s a certain stigma that we have to cross with bringing that up at the start,” Krivo said.

Danny Silvera, a 17-year-old high school student from Sumter, said his passion drove him to get his friends involved in politics before they vote for the first time in November.

“I hope that [my vote] does matter, and then, if not, that’s something that the U.S. has to work on,” Silvera said.

This story has been corrected to refer to voters between the ages of 17 and 29. 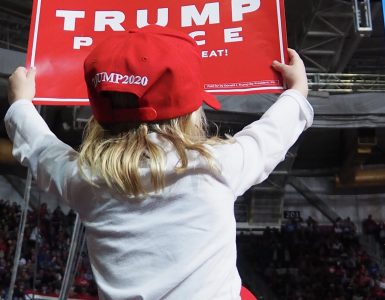