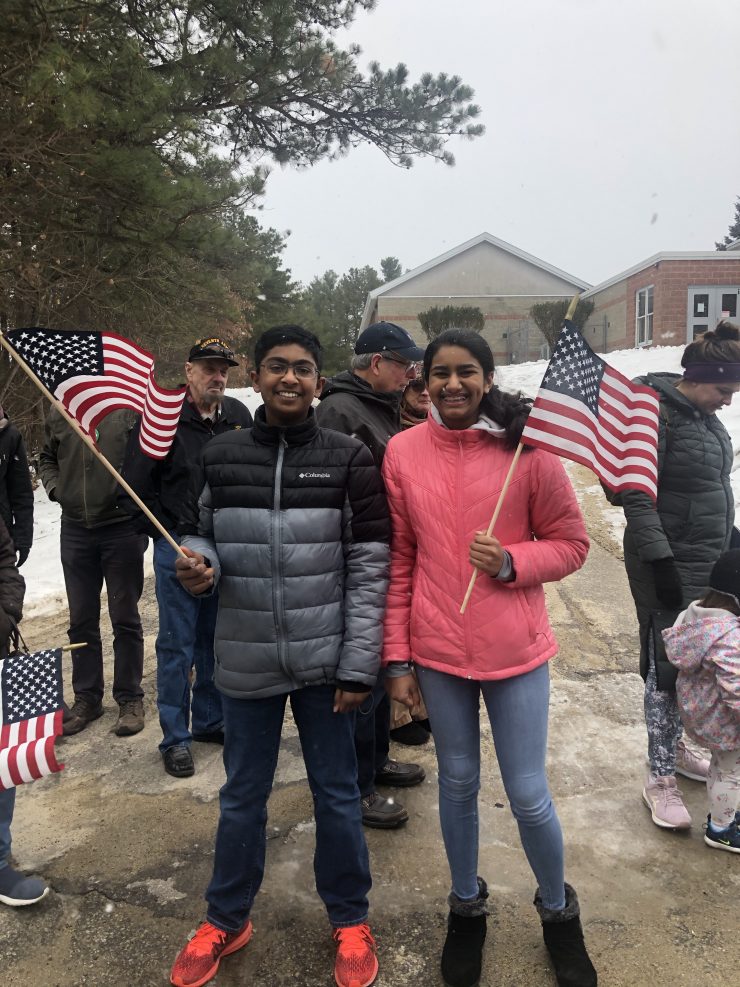 NASHUA, N.H. — Chris Nielsen wants to show that Democrats are just as patriotic as Republicans. 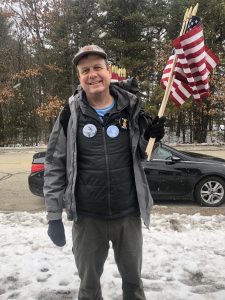 The Clinton, Mass., resident was distributing American flags outside an Amy Klobuchar rally in February as people lined up to hear the Minnesota senator speak to supporters and undecided voters before the New Hampshire primary.

“I think the other side has kind of co-opted … patriotism, and we need to show that democratic values are patriotic too,” Nielsen said, adding that he tried to attend every New Hampshire rally he could. But he said only Klobuchar’s campaign allowed him to distribute flags outside the rally.

More than 1,000 people were at the FairGrounds Middle School to hear Klobuchar, whose staff said there had been been a surprising increase in crowds after the recent debate. The campaign also announced it had raised more than $3 million.

“Most candidates wouldn’t let us give out flags because they won’t allow outside signs — seriously,” Nielsen said.

Nearly everyone waiting in line to see Klobuchar had accepted his flags.