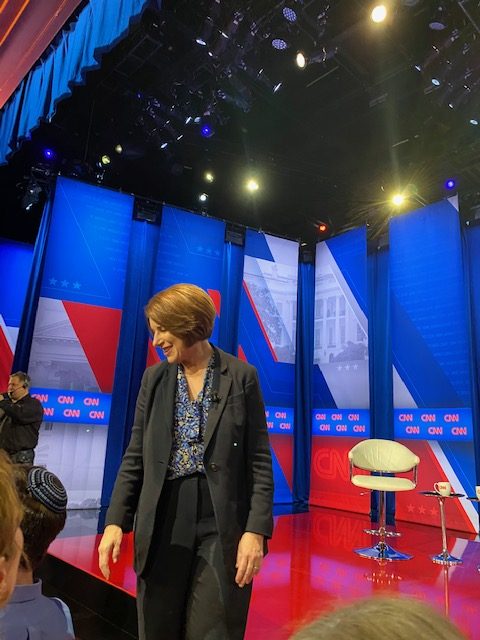 At a CNN town hall in Charleston, Klobuchar worked to make emotional connections with voters, tailoring her answers to issues important to the state. However, her answers, particularly about appealing to black communities, are not satisfying some voters.

“It’s as if the issues that impact the African American community are peripheral to her,” Nekima Levy Armstrong, a civil rights attorney and activist, said. “Her focus has mainly been catering to mainstream, rural, white Minnesotans.”

While discussing her appeal to black voters, Klobuchar dropped the names of at least two influential South Carolinians who have not endorsed her.

The Minnesota senator pointed to support from black voters in her home state, noting that she had won 86% of the black vote in her 2018 re-election, although African Americans make up just 5% of the electorate of the state. Former South Carolina Democratic Gov. Jim Hodges said that number is much less than what she needs in South Carolina, where blacks make up about 65% of the Democratic electorate.

Klobuchar told the audience at a town hall that she wanted to work with prominent South Carolina Democratic Rep. Jim Clyburn, the third most powerful Democrat in the House, on his bill that would invest in impoverished communities. Clyburn’s bill was introduced in the House and Senate in April of 2019, but Klobuchar is not a co-sponsor. Sen. Cory Booker, a former presidential candidate, introduced the bill in the Senate. And hours before the town hall, Clyburn endorsed former Vice President Joe Biden.

Klobuchar also mentioned Rep. Joe Cunningham, who upset the Republican contender in 2018, saying that both had won red districts. Cunningham has not endorsed a presidential candidate.

Voters attending the North Augusta, South Carolina, Democratic Club’s annual Black History Program two days before the primary seemed less than enthusiastic when a Klobuchar surrogate spoke. He did not talk to the 350 majority-black audience members about the senator’s plans to empower the African American community, focusing instead on her pragmatism, experience and leadership abilities.

Surrogates representing most of the other major candidates spoke directly to the needs of black constituents.

A day before the primary, Simone Rice, a University of South Carolina sophomore in Columbia, said she hadn’t considered voting for Klobuchar and hadn’t heard much about her. Rice said she is looking for a candidate who will prioritize equal rights for minorities and that she’s leaning toward Sen. Bernie Sanders.

She’s going home to Spartanburg to vote in the primary with her grandmother.

“Even though they say we have equal rights, we really don’t,” Rice said, describing Sanders as the best candidate to address racial equality.