Is impeachment still front-page news around the world? Depends on where you live.

Foreign media around the world are grappling with how to describe the ins and outs of a complicated U.S. impeachment process to their audiences and connect it to domestic politics in their home countries.

Patricia Guadalupe, a foreign correspondent at NBC Latino and journalism instructor at American University, said that impeachment is a “very popular” story for her Latin America audience.

But she thought it was a challenge for some international media to explain the intricate process of the congressional inquiry. Even terms like “congressional recess” need to be contextualized.

Journalists writing for an international audience often focus on both global and localized impact.

“I’ve been following the international news and I see that the impeachment story is a lot in the headlines of international media agenda with most media trying to interpret what this current situation means for the stability of the country and the economy,” Thanos Dimadis wrote in an email to The Wash.

Dimadis is a journalist from Greece and president of the Association of Foreign Correspondents in the USA, which represents the interests of foreign media in the United States. The Association has approximately 180 members.

He said in his email that other stories are surfacing, for example, a focus on more polarization in the U.S.

But while the coverage in Washington, D.C., remains breathless more than a week after House Speaker Nancy Pelosi announced the inquiry, the interest may be fading for some international audiences, especially when there is not an immediate impact in their nations.

Andrew Finkel, a correspondent based in Turkey, said that there would be more interest in the impeachment inquiry if it were to impact Turkey’s economy or U.S.-Turkish foreign relations.

Instead coverage in Turkey has been dominated by the one-year anniversary of the murder of Washington Post journalist Jamal Khashoggi, killed in October 2018 in the Saudi embassy in Turkey. It has been widely concluded by United States intelligence that the murder was ordered by the Crown Prince of Saudi Arabia, Mohammed bin Salman.

“We don’t even have a word for ‘impeachment’” Finkel said. Turkish citizens “would never dream of doing something like that.” Turkey is currently governed by the increasingly autocratic regime of Recep Tayyip Erdoğan.

But in Ukraine, the news may be limited for other reasons.

According to a video posted by NBC News Chief Foreign Correspondent Richard Engels, Ukraine’s news outlets have limited coverage of the Trump impeachment inquiry, but it’s not because it is unimportant.

“They want it to go away,” he says in the video about Ukrainian reaction. “Many government officials have gone silent.” He reported that Ukrainians “are afraid of this, they are aware it happened, trying their best not to get dragged into a political fight.”

The Kyiv Post, an English-language media outlet in Ukraine, covered the impeachment in a story last week, including a detailed guide to the key players in the United States and Ukraine.

In an op-ed on the site, former Minnesota journalist Brian Bonner, the chief editor of the Kyiv Post, described Trump as the “foe of the week.” He said that Ukrainian president “stood his ground” on the phone call between the presidents.

This week, however, impeachment news has faded from the front page. There were no impeachment-related stories on the Tuesday evening homepage of Kyiv Post. 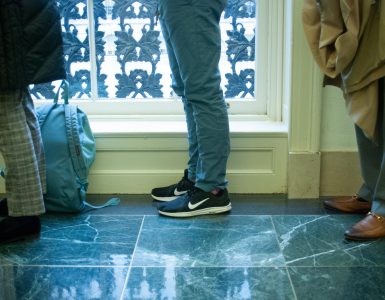 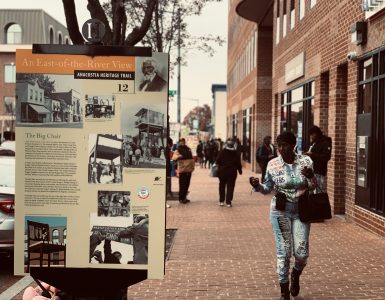