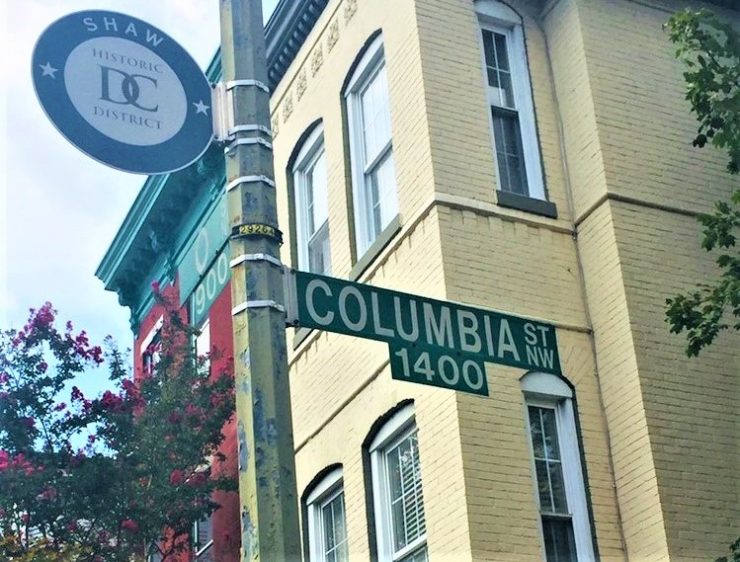 Conversations are heating up over redistricting, as D.C. councilmembers and citizens debate where the lines should be drawn. While other neighborhoods are reluctant to leave the overpopulated Ward 6, Shaw’s likely departure from the ward would benefit the neighborhood in terms of reunification.

The 2021 redistricting process has been ongoing this fall, with redistricting subcommittee chair Elissa Silverman holding several roundtable discussions with community members from across the District. Much of the discussion has centered around Ward 6 losing population and Wards 8 and 7 gaining population as the wards are rebalanced, but there has also been a focus on Shaw.

Three draft maps released on Nov. 1 show that three Shaw census tracts originally moved from Ward 2 to Ward 6 in 2011 would likely rejoin Ward 2 and the remainder of the neighborhood after redistricting.

Sam Rosen-Amy, chief of staff for Silverman, said redistricting Shaw into Ward 2 would align with the principles that D.C. Council is following for redistricting — cohesion and compactness. Cohesion would mean keeping census tracts together within ward boundaries and compactness would mean creating wards that don’t look gerrymandered.

“It makes sense that we would look at trying to rejoin it with the rest of the Shaw community and the neighborhoods to the west, which it identifies more with,” Rosen-Amy said.

Rosen-Amy also said redistricting Shaw to Ward 2 would fulfill the principle of compactness, as the removal of the stovepipe creates an area that is less gerrymandered.

“It would sort of be like ‘Back To The Future’,” Alex Padro said jokingly.

Alex Padro served as an advisory neighborhood council member in Shaw for 20 years and has deep ties to the neighborhood. Padro was around when Shaw was redistricted in 2011, when the neighborhood was separated and moved to Ward 6 to reduce Ward 2’s excess population.

For Padro, the neighborhood’s reunification would make things easier in that neighborhood projects could be streamlined more easily, but it could also leave other Shaw neighbors disoriented in terms of representation. Here’s what that would mean specifically.

Communication and ANC collaboration would improve

According to Padro, by bringing Shaw back to Ward 2, decision making, collaboration, community interaction and application of policies would become easier within the community.

Shaw is currently intersected by multiple wards, which Padro said has made community and local legislative processes more complicated than they need to be.

“What’s difficult about having multiple wards intersect with a single area, is that you have three different wards and three different ANC’S interacting. That makes local decision making, community interaction between government agencies, and consistency with policy application very difficult,” Padro said.

Padro provided an example of where a legislative process became difficult. For the 9th Street NW cycle track project, Padro said three council members and ANC representatives from three different wards all ended up pining on the stretch of 9th Street NW that serves as a dividing line for Wards 1, 2 and 6.

“It just becomes very cumbersome because agencies only have to deal with one council, one ANC and maybe one civic association. If you multiply that by three, that manifests problems in terms of gaining a consensus and outreach,” Padro said.

Padro said returning the neighborhood to Ward 2 would make finding a consensus on projects easier and more streamlined.

Parking would become cohesive again–but could change later on

According to Padro, many people in Shaw still have Ward 2 parking privileges despite being in Ward 6. Moving the Shaw stovepipe back to Ward 2 would align their parking designation with their Ward designation.

Recent legislation introduced by Councilmember Christina Henderson could change how Residential Parking Permits work though. The tentative legislation would create smaller RPP zones tied to ANC boundaries instead of wards.

Amanda Farnan, a communication representative for Henderson, said this would allow people to park long term more easily in the area where they live.

“It also incentivizes people to walk or take the metro to places outside of their ANC in their ward while also allowing residents to park anywhere for under two hours,” Farnan said.

Padro said most Shaw members support the potential transition back into Ward 2, but there are still those who would be frustrated by the move.

ANC 6EO2 Representative Alex Lopez is against the potential move because it would again create a situation where Shaw residents are represented by a council member they didn’t vote for.

“It affects relationship building and constituency building within districts or wards. It will take time to reestablish a new relationship with the new councilmember.” Lopez said.

Other representatives like Farnan said the reunification would actually consolidate voting power for the neighborhood because it would be able to elect one councilmember to represent the neighborhood as a whole.

“Neighbors could consolidate their vote, collectively advocate for things specific to their neighborhood and vote for one councilmember that could represent their views. I would say that’s allowing them to utilize their collective power,” Farnan said.

Shaw would likely maintain its mercurial nature of shifting between wards

Redistricting committee chair Elissa Silverman explains why Shaw gets moved back and forth between wards at a public hearing on Ward 6 redistricting.

The Shaw neighborhood is located where multiple wards intersect, making it more susceptible to division and relocation ward redistricting.

Samuel Rosen-Amy, Silverman’s chief of staff, said while stability is a guiding principle in redistricting, areas where ward borders meet, like the Shaw neighborhood, will end up getting shifted and divided.

“This one little part of the city is like a mixing bowl, you have Ward 6, Ward 2, Ward 1 and Ward 5 — four wards all coming in. When you have a border like that …. it unfortunately makes the neighborhood border four wards,” Rosen-Amy said.

So, regardless of whether parts of the neighborhood stay in Ward 6 or are moved to Ward 2 this cycle, Shaw will likely continue to be divided and disoriented by future redistricting. Whether the neighborhood is defined by division or relocation is dependent upon the D.C. council’s final vote taking place this December.