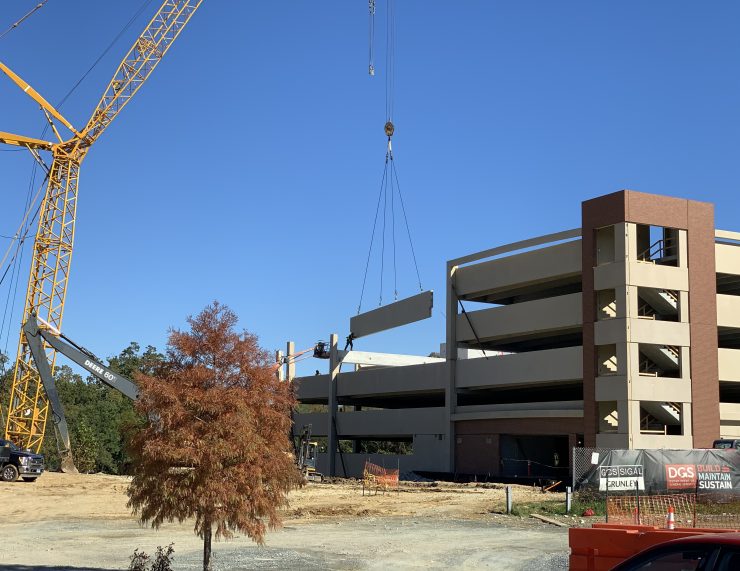 Residents east of the Anacostia river will have access to a wide array of health services provided by George Washington based physicians in 2024 at the new St. Elizabeth’s East hospital. Community outreach will play an important role in the process.

The district’s development plans for St. Elizabeth’s East campus are well underway, and residents can imagine the new medical facility is soon to follow.

United Health Services, GW Hospital’s administrator, will operate the 136-bed academic hospital under a 75-year lease. At the same time, physicians from the GW School of Medicine and Health Sciences and GW Medical Faculty will serve as staff for the hospital, said hospital spokesperson Susan Griffiths.

Resident Travis Swanson described the current state of healthcare services in Ward 7 as “a tragedy.” There is no urgent care, and the closest hospital is Washington Medical Center, so it can be difficult for residents to access basic medical care, he said.

The new St. Elizabeth’s hospital will include maternity and pediatric services, a trauma center, primary care services, specialty services like cancer, diabetes, cardiac and general surgery, and specialty care based on community needs, among other services, Griffiths said.

Hospital construction breaks ground in 2022, with a planned opening in 2024.  Griffiths told The Wash hospital planners will take steps to improve medical access before then. Two urgent cares are scheduled to open in 2022 (one each in Wards 7 and 8) to supplement essential health services.

Although the hospital will increase resources and access to medical care, some residents say they are skeptical if the community will use them.

An urgent care would be “a win,” at this point, said Tiffany Brown, a Ward 7 resident, but providers must consider if residents are willing to go to the doctors.

Similarly, Salim Adofo, the 8C Advisory Neighborhood Commission chairperson representing part of the neighborhood, said he had encountered the “entire spectrum” of feelings towards using health services in Ward 8. Some people want a top-tier hospital, while others don’t go to the hospital when they’re sick or for regular checkups, he said.

Healthcare disparities have persisted over time, said Dr. Jonathan Respress, M.B.A., a director in medical affairs. There’s more access but maybe people aren’t doing it, so “we have to take a step back and look at reasons for these disparities—management specifically,” he said.

There are provider-related factors that lead to health bias, Respress said. Providers have bias and clinical ideas about treating patients based on background and ethnicity and may have their own beliefs about the behavioral health of minority patients.

Secondly, “patient prep” is a factor, he said. This includes why patients are using treatment, what their care is like, whether they understand the disease, what needs to be done to address it, and their perception of others getting treated.

One of the things Brown said she sees residents struggle with is being heard. “They are talked at, instead of to,” she said.

The culture of healthcare east of the river really must be examined, Adofo said. “Historically, for many Black people, their relationship to the healthcare system is not a good one. Look at the Tuskegee study and how people felt about that.”

“Here we are in 2021, and folks are looking at healthcare as something that is friendly to Black people,” said Adofo, “So any plan to address healthcare has to include a plan for how to build the trust of a community that has been done wrong for so many years.”

“It gives them that initiative to trust health care professionals because they’re hearing it from someone who looks like them, and also get the prioritization they need to go and see a physician,” he said.

Another element is doing anti-bias training for all healthcare providers. It helps bridge the gap between physician and patient, Respress said.

Anne Banner, the School of Medicine and Health Sciences spokesperson, said there is already a community advisory board being formed to discuss community education and outreach initiatives.

With United Health Services’ support, GW will launch a family medicine residency program at St. Elizabeth’s to develop and train a group of physicians on that campus that are fully aware of the needs of residents in Wards 7 and 8.

Respress said companies should not partner exclusively with large associations that try different initiatives, but start thinking about grassroots projects. “Work with local community organizations that are really willing to be a part and drive to mitigate issues that are going on in their specific community—because they also know what those specific issues are,” he said.

The last consideration in health disparity that Respress noted is the healthcare system itself, namely the geography and availability of healthcare institutions. “When you look at GW or Johns Hopkins versus your area, of course, people are going to have access to different levels of care,” he said.

United Medical Center is the only hospital east of the Anacostia River residents have access to, and Poya Carmichael, VP and Public Relations and Corporate Secretary, said “the reputation of the hospital has not been the best” in recent years.

“If I needed to go to the hospital, I would go someplace other than the community,” Adofo said.

Dorothea Barnes, a school teacher who lives across from the hospital, said, “It’s really not a good hospital. I had some bad experiences here.”

United Medical Center’s turnover in leadership and management is reflected in the quality of care the hospital provides, Carmichael said.

“You can’t have a baby east of the river,” said Brown.

United Medical Center decided to close its maternity Ward permanently three years ago after a Health Services inspection found faults in the quality of care.

Brown said she remembers her 13-year-old daughter watching the closure announcement on the news and saying, “Does this mean you can’t have a baby over here?” Seeing her daughter make that connection at such a young age showed Brown that “it definitely is an issue,” she said.

Megan Ruggles is a Washington, D.C. based journalist covering the Foggy Bottom and West End neighborhoods for The Wash. She is a graduate student at American University, where she is a Washington Post Practicum Student. She is focusing on investigative reporting. 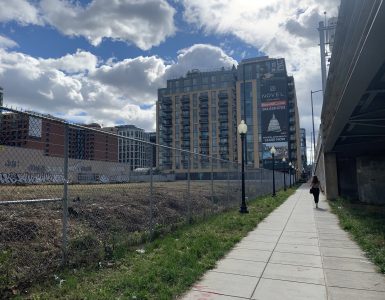 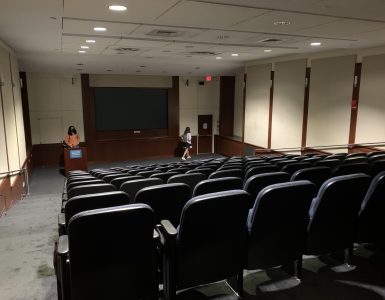 Sexual assault survivors were given a platform to speak to administrators about the way university practices failed and continue to fail them in the aftermath of their assaults. A student organization proposed the...