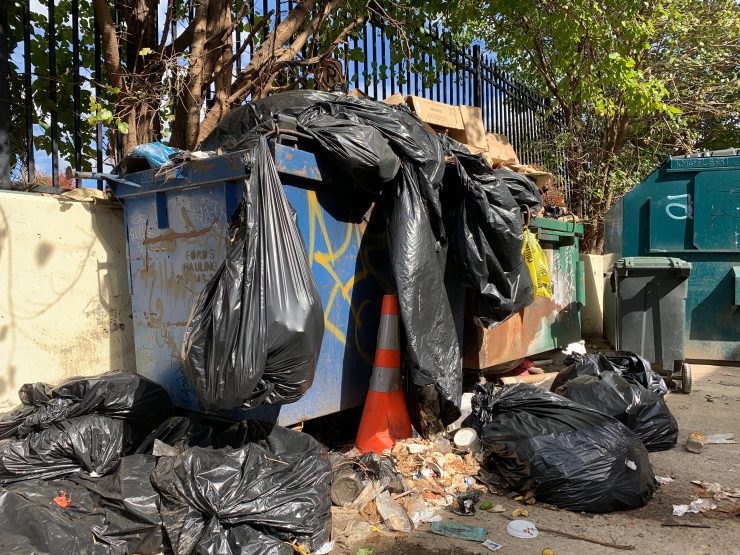 After two dumpster fires ripped through 14th & V Street in April and September, the neighborhood’s ANC group and local residents are asking the Department of Public Works to remove the dumpsters, control illegal dumping and electronically monitor the area.

U Street’s residents and its ANC group are asking the Department of Public Works to install a light and camera in a dark alleyway where two dumpsters caught fire multiple times this year.

Five dumpsters sit behind Busboys and Poets in a fairly hidden alleyway, and two of those dumpsters are unmarked, meaning they don’t belong to any of the nearby businesses. The fires occurred in April and September.

“The fires weren’t the fault of any company,” Farnan said. “It was just a vigilante or someone who wanted to set the fire.”

But the D.C. Fire Department, or DC FEMS, found no reason to investigate the fire, since nothing about its cause pointed to illegal activity, Vito Maggiolo, a public information officer, said Tuesday.

“There’s any number of reasons a dumpster fire can begin,” Maggiolo said. “Someone can throw a cigarette in there, or oily rags can self-ignite. Unless someone brings more information to our attention, we don’t take any further action.”

I asked DCRA to take care of this pile of garbage and dried Christmas trees two days ago. Today it caught fire. @PoPville pic.twitter.com/3kKackqeJS

Sabel Harris, who lives in The Langston Lofts and can see the dumpsters from her windows, said the most recent fire occurred when a thrown-out couch was set ablaze. Harris is also running for an ANC1B position in the upcoming election.

“The fire was huge,” Harris said, noting that the flames ripped bricks from the exterior of the apartment building.

In response to the chaos, ANC1B is garnering input from neighborhood residents, the Mayor’s Office, and nearby businesses to write up and send a letter to the Department of Public Works, or DPW, formally requesting two items: a camera – which they want DPW to monitor – to be installed in the alleyway overlooking the dumpsters, and a proactive cleaning of the area, Farnan said.

“The fires have been in an alley where dumpsters are out of the public eye, so activity isn’t being watched by pedestrians,” Farnan said. “If an MPD officer or DPW agent wanted to monitor the dumpsters, they would have to sit in the alley.”

On Sept. 29, the ANC led a community walk to bring government officials and residents together to discuss the fires and take preventative steps. Representatives from the Mayor’s Office, the Department of Health, DPW, and MPD attended, Farnan said.

Staff members from Busboys and Poets attended too, along with a few neighborhood residents, Farnan said. Andy Shallal, the owner of Busboys and Poets, did not respond to interview requests.

We are out analyzing the dumpsters & further hot spots for illegal dumping. Short and long term solutions are the topics of discussion.

“The unmarked dumpsters … were marked for removal, so that is great and honestly something that wouldn’t have happened if we didn’t have that walk,” Farnan said. “Now, we have to follow up on that and make sure DPW actually removes them.”

DPW was unable to confirm this by the time of publication. An agency spokesperson said they would call The Wash by press time but never did.

DPW installed a camera over the dumpster previously, Farnan said, but it’s not there anymore, and she doesn’t know why. The ANC recommended a new camera get installed, and Anthony Moore, a community specialist within the Mayor’s Office, pushed the idea to the DPW, Farnan said.

Moore directed The Wash to the mayor’s press office, which did not respond to interview requests.

There have been conversations within her apartment building’s homeowners association to install lights and cameras, but the installation process has not yet begun, Harris said.

Other businesses in the area discussed installing cameras, Farnan said, which would make the video footage private.

These businesses could even advocate to turn the poorly lit, drive-through space into restaurant seating, Harris said. She said she wants a bistro-style patio to fill the large area so U Street Wine and Beer can hold outdoor wine tastings out of the shop.

“Why wouldn’t we reimagine and reuse this space?” Harris said. “Most of it is being taken up by two overflowing dumpsters that are very hazardous because they’ve caused a fire and damaged a building already.” 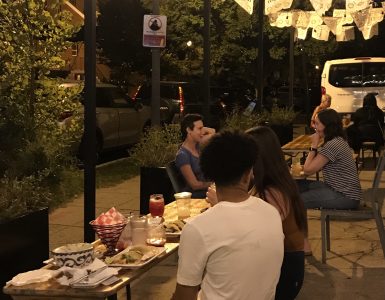