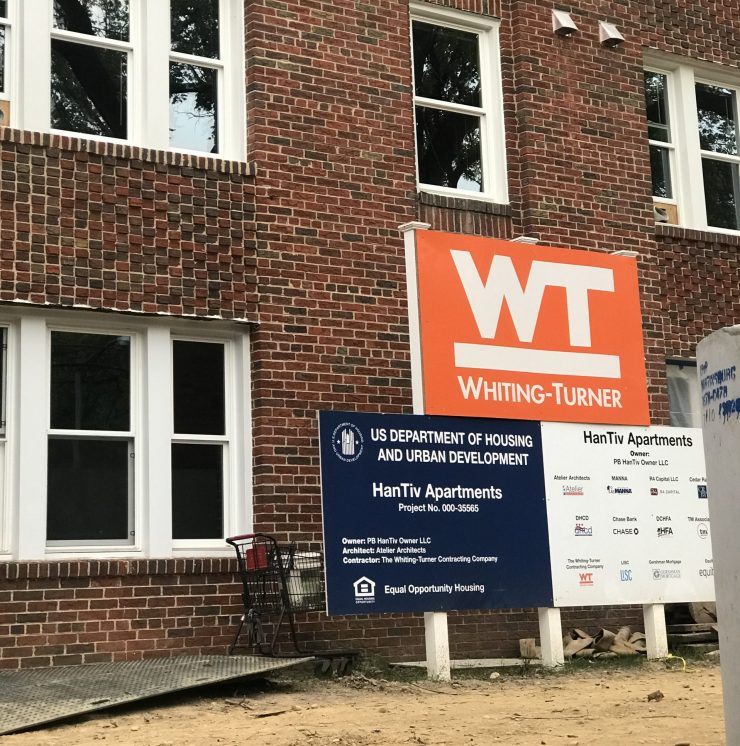 One Petworth Advisory Neighborhood Commission has requested that the Office of Planning and D.C. Council strengthen the language of The Comprehensive Plan to better protect public housing residents and improve rent control policies that affect neighborhoods like Petworth.

The D.C. Comprehensive Plan is a 1000-page document outlining the city’s approach to development over the next few years. ANC 4C Commission member, Kim Varzi, calls it “the layout and future of how D.C’s going to be planned, how the land is going to be used.”

Varzi said the resolution is a big deal because D.C.’s parks, playgrounds and natural areas could diminish since there’s always cause for development and housing density.

In their most recent resolution on Sept. 9, the ANC 4C supports changes suggested by Empower D.C. and the D.C. Grassroots Planning Coalition. Both organizations have held several meetings and received plenty of feedback from the community.

“The planning coalition has worked endlessly because they want to make sure these vulnerable populations are heard,” Varzi said.

The resolution points out several lines in the plan that commission members unanimously agree are insufficient.

Since 1985, the number of rent controlled units has decreased by 38% leaving D.C. with 80,000 presently. Owners are selling and turning buildings into condos and apartments that many residents can’t afford. The Comprehensive Plan describes rent control as a tool to prevent permanent displacement.

However, several loopholes in the plan have displaced residents who have lived in their homes for decades. For example, buildings that are built after 1975 do not have coverage.

Renee Bowser, a member of both Empower D.C., a nonprofit organization that works to strengthen D.C.’s lowest income communities, and ANC 4D, said rent control is one of Petworth’s most common issues.

“I have a neighbor that rented for 30 years, and the owner decided to sell the home. Where is he going to go?” Varzi said.

Over the last 10 years, many residents in the Petworth neighborhood like Daniel Frankhuizen have noticed a big jump in rent prices.

Frankhuizen is back in Petworth after living in New York for the last couple of years and finding affordable housing was not as easy the second time around.

“I feel like I had to look pretty hard to find it, but I found a pretty affordable one,” Frank said. “But I don’t think that’s the norm for Petworth. I feel like I found an outlier.”

The median rent for a one bedroom apartment in Petworth is $1,631, according to Zumper. That’s an 8% decrease since last year. However, in 2017, Petworth reportedly had some of D.C.’s fastest growing rent with a median of $1,920.

The goal is to maintain rent control as a tool to ensure that older units are affordable. Still, the current language in the Comprehensive Plan provides lukewarm protection, according to the ANC4C’s resolution.

“If we want to save the city for people who have been here long-term, we have to make sure the development is equitable and does not push out poor people, working-class people, Black people and Latinx people,” Boswer said

Currently, about 51,000 households can afford rent that is no more than $900. The language in the Comprehensive Plan does not guarantee public housing for those residents, which is why ANC 4C and other community organizations aim to change verbiage in Policy H-1.1.7 from “should” to “must.”

For example, the plan “must” require action on maintenance, preservation and redevelopment of existing public housing and the building of additional public housing to accommodate the District’s extremely low-income.

The government fully funding repairs and renovations of deteriorating public housing units are just one of many changes the Planning Coalition hopes will be implemented.

“We can go $1.4 billion in debt to build the national stadium, but we can’t just give money to fix up public housing, so we have to incentivize the developers to do it,” Bowser said. “There’s something wrong with that.”

Housing for the homeless

In 2015, Mayor Bowser adopted and made changes to the Homeward DC strategy.

The goal of this plan was to make homelessness in the District a rare sight by 2020. However, many families won’t move into their new home until 2021.

Frankhuizen believes homlessness should be the first thing the Mayor tackles.

“I was biking over on 8th street, and I just saw so many tents over there. I’ve never seen so many tents in that area. It’s a big problem,” Frankhuizen said.

Building 2,000 permanent units for the homeless and 4,000 units for temporarily homeless residents is the main piece of the Homeward DC strategy that the Planning Coalition recommends to be implemented in the Comprehensive Plan.

In 2019, a study by the Institute on Metropolitan Opportunity lists Logan Circle, Petworth, Shaw and Columbia Heights to be some of the most gentrified neighborhoods in D.C.

Commissioner Bowser said developers are trying to “loosen the zoning rules by up-zoning the land, and the problem with that is it pushes people out.”.

The planning coalition is fighting for community-led developments where residents can vocalize what they need in their neighborhood, from libraries, parks, affordable housing and the ability to push back on projects that don’t serve their community.

According to their resolution, wherever the Comprehensive Plan references the “private sector,” ANC 4C commissioners would like language such as, “including community-led equitable development entities” to be included.

Will amendments make a difference?

Despite all of the proposed changes to the Comprehensive Plan, commissioner Varzi believes that once changes are set in stone, they will need a committee to see that the resolutions are followed through.

On the other hand, Commissioner Bowser said the amended plan will provide residents with protection if they should ever need to use it in court just as local organizations have done in the past.

“What we’re trying to do is put particular elements in the Comprehensive Plan particularly in the housing element, economic development and land use element so that people will have those as tools to hold on to and fight for community-led equitable development,” Commissioner Bowser said.

D.C. Council will meet on Nov. 11 and 12 to consider resolutions made by ANC 4C and other community organizations.