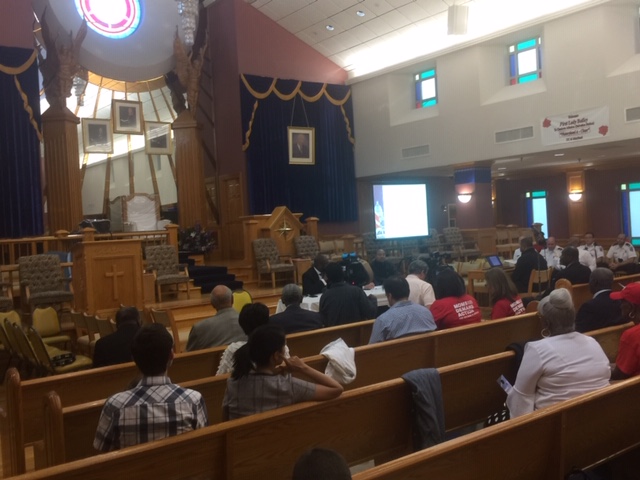 Police reports show violence is growing in Shaw, leaving the neighborhood with a feeling of unease. Crime statistics showed that violence in the community has risen in comparison to the previous year.

Over the past few weeks, a crimewave in Ward 6 and Shaw, specifically, has surged, leaving many residents on edge and families of the victims devastated, according to Metropolitan Police Department.

Just last month, two teens were hospitalized after a shooting in Shaw, and, in September, 19-year-old Tahil Byrd was gunned down by a bicyclist near Shaw-Howard University Station.

The violence got so out of hand that the Metropolitan Police Department had to host two separate emergency meetings addressing the gun violence that was occurring in the area. 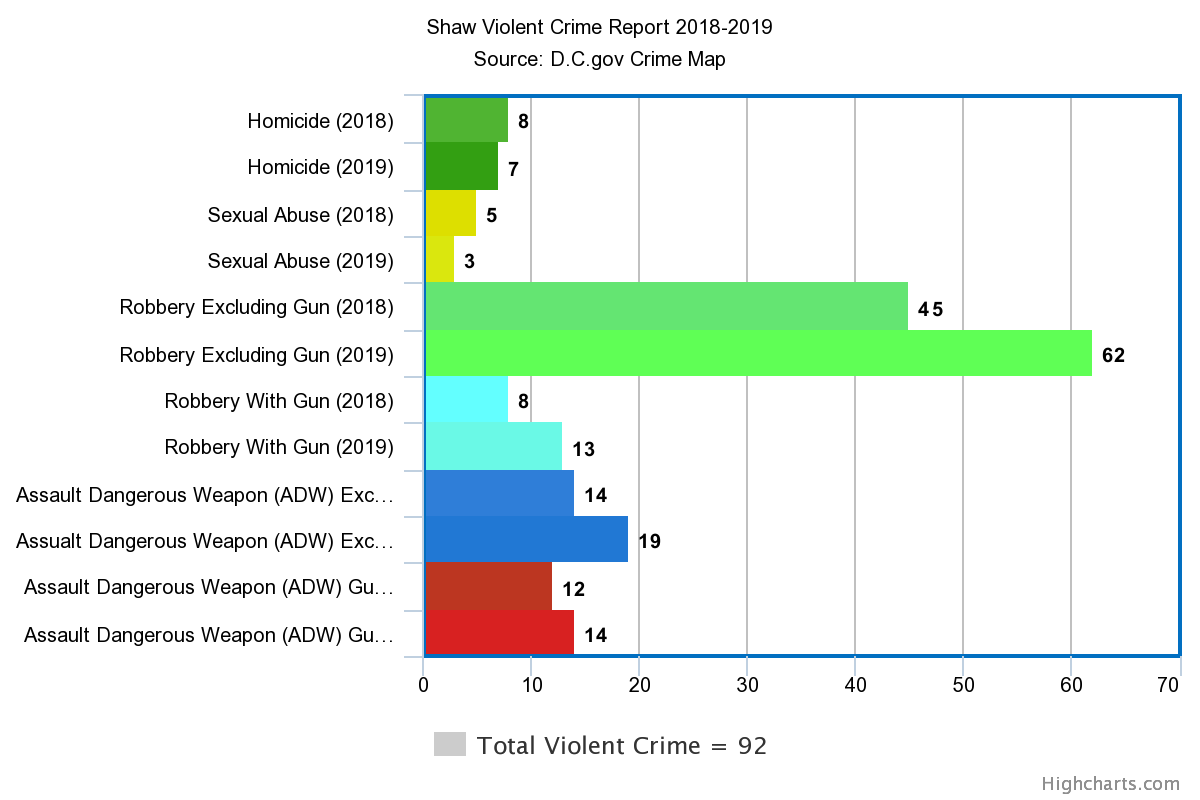 According to a Metropolitan Police Department crime map, there were 118 violent crimes in Shaw in September and October this year — a 22% jump from the 92 reported from the same time frame last year.

While some of the crimes decreased, like sexual abuse and homicide, a majority of the crimes ended up increased, comparing the two time frames.

Some of the crimes that led to the increase were assaults with a dangerous weapon, robberies with guns and robberies without guns.

The MPD’s Communication Representative Kristen Metzger said the Third District police have started to make their presence known while also building resources in the community.

“MPD’s Third District has increased their foot patrol in Shaw neighborhood after the recent violent incidents that have occurred,” she said. “The goal is to have a presence in the neighborhood, make as many contacts with residents in the area and let them know they can come forward with any information.”

Metzger also said the department is building a community outreach team within Shaw and Logan Circle where people can come forward with tips or leads. She also added that the MPD has found the source for most of the recent violence.

“These violent incidents usually stem from petty arguments that get escalated to where a gun is introduced,” Metzger said.

But ANC Commissioner Teresa Edmondson unflinchingly said that relying on the police to keep the residents safe is isn’t the solution since they have a hand in the problem.

She later advised that the only solution to the uprise in violence was more community involvement.

“People need to talk to each other and get to know each other,” she said. “We need to just be more neighborly in general.”

Shaw resident Peter Casey said he usually felt safe in his neighborhood until all the violence started happening consistently. He said he now feels vulnerable and has a high level of concern about the safety of his family and neighbors.

He said he understands the police are under a lot of scrutiny and thinks they are doing the best they can with the situation that was presented to them.

“I think the police are doing what they can. The police officer’s role of policing is limited, they can’t be everywhere at once and as long as there is conflict and guns we will never have peace,” Casey said.

According to Casey, change must start with young people. He said the community needs to invest in youth if they ever want to see an end to all this lawlessness in the future.