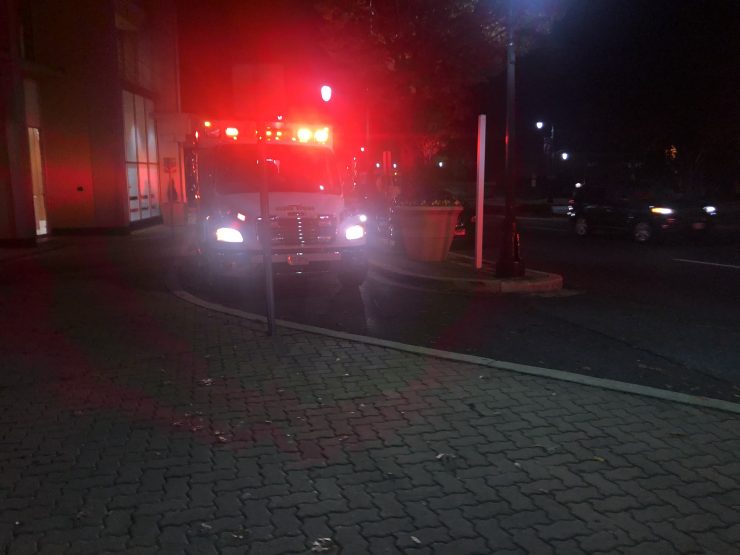 After five recent shootings in Shaw, Ward 6 commissioners and Councilmember Charles Allen have solutions to cut down on gun violence.

Dozens of frustrated Shaw residents pressed ANC commissioners and Metropolitan Police about gun violence and the spate of recent shootings at a heated emergency meeting last night — the second such meeting within the last two weeks.

There have been a total of five shootings in Shaw since the beginning of October and residents in the area are demanding that the violence stop.

At both emergency meetings, commissioners heard complaints from residents, business owners and other Shaw officials about the recent shootings.

Dori Smith, a neighborhood resident, and community advocate said she fears her own child may be next.

“I am a volunteer, but most importantly I am a mother whose son goes to Barbara Chambers Children Center where there was a bullet through the window back in May,” she said. “And it’s only a matter of time before that shooting happens during the day and my child is still there.”

Smith is an active volunteer with Mom’s Demand Action, an organization that advocates on behalf of residents who are facing upticks in gun-related violence.

MPD officials say they have been tracking violence in the neighborhood since at least 2017. Most suspects are repeat offenders, police said.

“What I see, I see the same names over and over and over again committing these crimes,” said Patrol Chief Lamar Green at the first emergency meeting on Oct. 9.

Green said the overall crime rate in the city has gone down and that officers are getting out into the communities quicker, but robberies are up by 9% this year in Shaw.

Police, however, say they are working to eliminate the gun violence crisis.

Mayor Bowser initiated the Private Security Camera Incentive Program in 2015 that allows people to install private security cameras around their homes. Since 2015, the program has funded at least 15,000 cameras that may aid police in criminal investigations.

The ward is also adding more funding for lights and street cameras.

“That is not going to be a permanent solution, but it’s a way to respond to it immediately,” Allen said.

Allen and MPD are also pushing for more officers on foot.

Commissioners agree that MPD’s duty is to protect Shaw, but many urged residents to do their part by keeping watch and reporting gun violence when they see or hear it.

Ward 6 Commissioner Alexander Padro has been representing Shaw for 19 years. On Oct. 9, he demanded more from the officers sworn to serve and protect.

“I would like all of us to collectively ask the third district and MPD to bring back foot beats that we will be able to see on a regular basis,” Padro said.

He led commissioners and residents in attendance in a “foot beats, now” chant, calling on the police to increase the number of patrol officers on foot.

MPD and the Shaw wards will continue to use these solutions and plan to have an additional meeting for future steps in ending the gun violence in Shaw and surrounding neighborhoods.