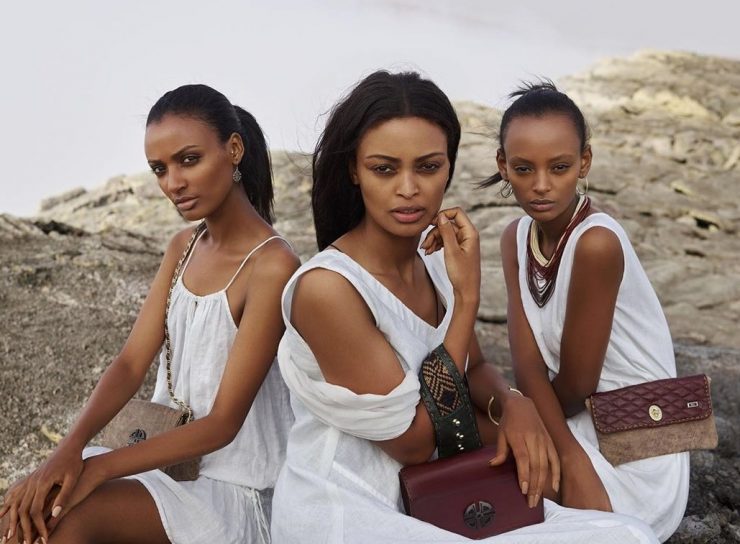 Washington is home to a higher proportion of African immigrants than any major U.S. city. While the black or African-American population in the U.S. stands at 13%, the District’s population is 17%.

Black women around the DMV area take up leadership mantles in various fields. In areas ranging from global fashion to aspirations in film and immigration advocacy, their entrepreneurial methods guide the way for African communities toward a more accessible future.

Nestled around Adams Morgan and its surrounding corridors, businesses like ZAAF, a clothing company with products made exclusively in Africa, are a reflection of many African-owned, award-winning businesses.

Born in Ethiopia and adopted by a U.S. family, Abai Schulze, owner of ZAAF, would visit her home country during the summers, she said. While in Ethiopia as an intern for United States Agency for International Development, a government agency facilitating civilian based foreign assistance, Schulze worked with local businesses to target a global audience.

Schulze realized European clothing brands were capitalizing on Ethiopia’s leather industry and decided to act on it.

“I wanted to tap into that,” Schulze said. “Why not make it at home, by our own people, add value to it, export it, and market and rebrand Ethiopia.”

Attended the “2019 African Diaspora Network Impact & Innovation Speaker Series” in Washington DC today. And I got to meet the Founder of ADN, @AlmazNegash pic.twitter.com/Vdq0rfxhdY

Issued by the multinational financial corporation American Express, the 2018 State of Women-Owned Business Report highlighted both triumphs and challenges in black communities.

From 2007 to 2018, businesses owned by black women skyrocketed with a 164% growth rate and 2.4 million companies total. Black women own triple the amount of women as a whole, all the while being the only race that surpasses male ownership.

Although the successes remain notable, black womens’ average revenue exponentially dropped to almost $67,000 while “non-minority women,” the report states, saw an average revenue rise from $181,000 to $212,300.

Kristie Taiwo-Makanjuola, a longtime resident of the DMV area and first generation Nigerian-American, has her sights set on the film industry said “the biggest challenge” is a “lack of diversity in my industry.”

A report published by the Mayor’s Office of African Affairs notes that 17% of the District’s immigrant population is African-born, accounting for approximately 16,000 people. The population often identifies as being part of an African diaspora.

A United Nations definition explains the diaspora as people with roots in 46 out of 54 countries in Africa with historic displacement. In the past, the definition would encompass countries that suffered the trans-Atlantic slave trade.

However, in contemporary terms, concerning countries like Ethiopia or Nigeria, the definition moves away from historically enslaved parts of Africa. Rather, the modern day definition revolves around displacement caused by previously colonized or economically struggling nations.

Taiwo-Makanjuola’s aspirations for the film industry focus on greater representation of people with the same identity.

“Although efforts have been made during the past few years, there is still more work to be done,” she said. “It can be discouraging when you don’t see faces that look like yours in spaces that you one day hope to fill.”

The University of Maryland graduate said “my advice to young black women would be to find yourself and know who you are as soon as possible.”

She also pointed to the outside pressures on her identity, saying “people will try to mold or shape you into who they want you to be.”

Commenting on what “needs more media coverage” on “African and Carribean communities,” Taiwo-Makanjuola said “mental health” is one major topic.

“We are all black but many of us are immigrants,” she said, highlighting a disregarded subgroup of African-Americans.

“As immigrants, many of us had parents who constantly made sacrifices in order for their children to be safe, healthy and most importantly happy,” Taiwo-Makanjuola said. “Therefore, I think it is important that we use the opportunities our parents paved for us to create a happy life worth living.”

“I hope to positively inspire people within my community, specifically young people,” Taiwo-Makanjuola said. “I am very big on following your dreams and breaking norms especially if it will grant you your happiness.”

For Joella Roberts, an immigration advocate and student at the University of the District of Columbia, finding herself revolves greatly around education. Originally from Trinidad and Tobago, Roberts is also a Dreamer — a Deferred Action for Childhood Arrivals recipient.

Living with the challenge of being undocumented, Roberts said she believes education is the way to success. Roberts keeps true to her identity by being active in her community.

“At school, I found my people,” she said, explaining how her predominantly black university empowered her toward a path of advocacy. Roberts was one of the organizers of the first undocumented rally at a historically black college or university.

When it comes to African diaspora voices in the U.S., Abel Nunez, executive director of an immigration advocacy organization called CARECEN, said one of the challenges “is not having sophisticated African advocacy groups like Latinos do.”

When asked about the importance of acknowledging mental health, specifically for undocumented black immigrants, Roberts said “my mind is in shambles.”

Shortly after receiving her Dreamer status in 2015, Roberts began to advocate for the cause despite “having a hard time navigating through it,” she said.

However, she continued her advocacy for education and access to scholarships for Dreamers, adding that “there’s privilege in the margins” in her story.

Roberts was recently assigned as the student member on her university’s Board of Trustees, where she voices the struggles of black immigrant in her community.

“If you’re an advocate but who you’re advocating for doesn’t listen, you need to make sure your movement is well fought for,” she said. 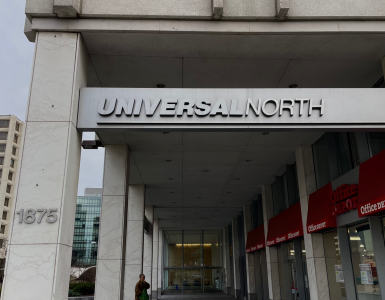 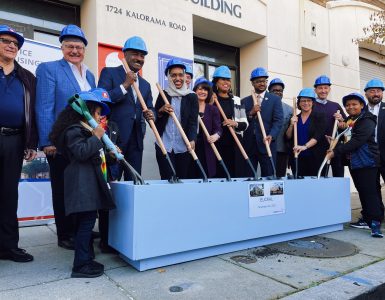 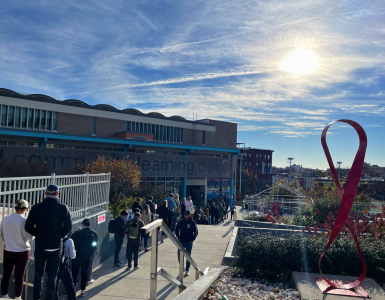