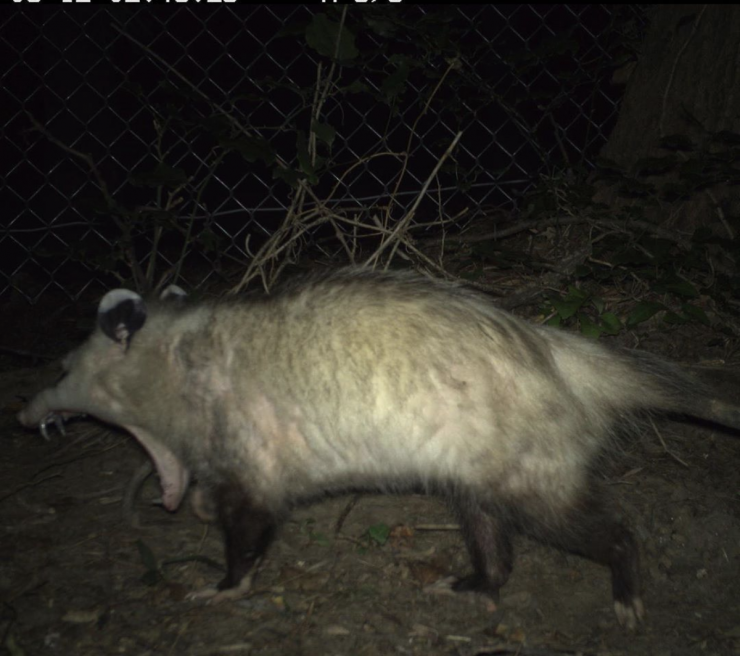 The DC Cat Count Project started to get an estimate of outdoor and indoor cats in Washington, D.C.; however, since the study began in 2018, they have discovered that other species roam the city streets of D.C

For the past few weeks, the project team has placed cameras in different neighborhoods like Shaw, Adams Morgan, Columbia Heights, Park View and Pleasant Plains.

In 2018, The Human Rescue Alliance (HRA), Petsmart Charities, the Humane Society of The United States, the Smithsonian Institution and The American Society for the Prevention of Cruelty to Animals partnered together to start this three-year program counting cats in D.C.’s neighborhoods through action sensor cameras.

Their initial plan is to estimate the number of outdoor cats and owned cats in the city, but their project is showing more than that.

“We have discovered that there is a wide variety of wildlife living in the city,” said Lauren Lipsey, the vice president of community programs at the Humane Rescue Alliance said.

According to Lipsey, cameras are placed in different neighborhoods for two to four weeks and then removed. Researchers analyze camera to determine the amount of wildlife in that one area and how cats move through different environments.

Since the start of this project, the cameras have captured cats, of course, but other nighttime species too: opossums carrying their babies, foxes stopping for a water break and even cats requesting personal space.

Though this project is specific to counting cats, Humane Rescue Alliance provides independent services aimed at rescuing and caring for these cats.

“We operate animal control so we respond if there is a sick or stray cat outside, hold the animal for a stray period, and then place them up for adoption,” Lipsey said.

Humane Rescue Alliance also identifies what they call blue-collared cats — wild cats not suitable for pets but placed at businesses to help eliminate insects and pests.

“We will trap them, spay, neuter and vaccinate them and then release them back into the location,” Lipsey said.

Many cat-owners love the idea of this project and what it is doing for the community.

“Cats are really helpful and very independent. They get rats, insects and a lot of other things out. I think its really good that this project is saving them and having people eventually adopt them,” said cat-owner Sydonna Lawrence.

The DC Cat Count project will finish collecting the data in 2021. With help from others and data through their findings, they will be able to determine how they can make the environment liveable for cats and other wildlife species in the future.