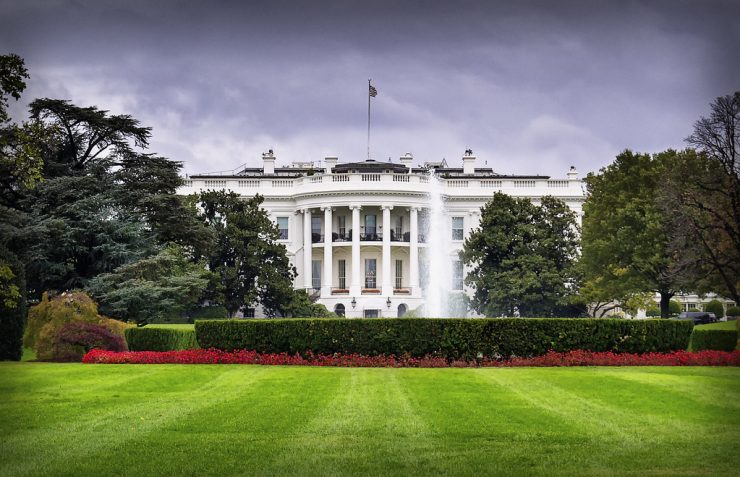 The successful impeachment of President Donald Trump would likely have a stabilizing effect on a deeply divided U.S. political landscape, according to a professor and expert in presidential politics at American University.

Allan Lichtman, a distinguished professor of history at AU’s College of Arts & Sciences, is widely known for accurately predicting the outcome of eight of the last nine U.S. presidential elections. He and a colleague developed a model that uses 13 simple “keys,” or predictors, to determine how likely an incumbent party will fare with the electorate.

In May, Lichtman used that model to tentatively call next year’s election for Trump, but with a caveat — that a realistic impeachment inquiry against the president could unleash scandal and give Trump’s Democratic challenger an edge in the 2020 campaign.

Now that an impeachment inquiry has been launched, a successful impeachment — which only acts as an indictment by the House — would most likely serve to calm political tensions, even if it did not result in a conviction by the Senate, Lichtman told The Wash on Tuesday.

“An impeachment of Donald Trump, if successful, [could] remove this incredibly polarizing figure — perhaps the most polarizing figure in all of U.S. history,” he said. “And even if he was acquitted, he would still be very much of a weakened figure.”

Johnson faced the impeachment gauntlet in 1868, largely at the hands of a political caucus dubbed the “Radical Republicans,” according to Kendra Hinkle, a museum specialist at the Andrew Johnson National Historic Site in Greenville, Tennessee.

Hinkle said the country was in perhaps its most politically divisive state then, reeling from civil conflict and a presidential assasination. As the Johnson administration tried to implement its own agenda, it clashed with the Republican-controlled Congress, intensifying partisan discord. At the heart of that conflict, she said, was a power struggle between the executive and legislative branches of government.

“Fear was rampant, and each branch lived with uncertainty as to whether the other was trying to usurp the power of the other,” she said. “There needed to be a way to prove the balance of powers was still intact. In an odd way, the constitutional caveat of impeachment was a way for that to happen.”

Impeachment, even though it resulted in an acquittal by the Senate, had a dampening effect on Johnson’s political clout, she said. It rebalanced the powers and settled an ongoing debate.

The same could be said of the ongoing House investigation into Trump’s dealings with foreign heads of state, but only if the inquiry returns articles of impeachment, Lichtman said.

It is an essential step in triggering a scandal, which could unlock other keys to Democratic control of the White House, he added. Without it, his original prediction that Trump will remain in power likely stands.

“If Donald Trump is only the third president in U.S. history to be formally impeached by the U.S. House — remember, Nixon resigned before he got impeached — then that would nail down the scandal key,” Licthman said. “Without the scandal key, it’s very difficult to see enough keys turning against the Republicans to predict their defeat.”

But the professor had other suggestions for the four Democratic committees investigating Trump: Don’t narrow the focus and don’t move too fast.

Reports that lawmakers are focused only on the infamous phone call between Trump and Ukrainian President Volodymyr Zelensky are troubling, he said

Similarly, he said, American history should be a guiding factor.

“The Watergate scandal blossomed into what, to that point in our history, was the worst scandal in American history,” he said. “We don’t know where the evidence may lead us this time. There may be much worse stuff, if Congress can get our hands on those conversations.”