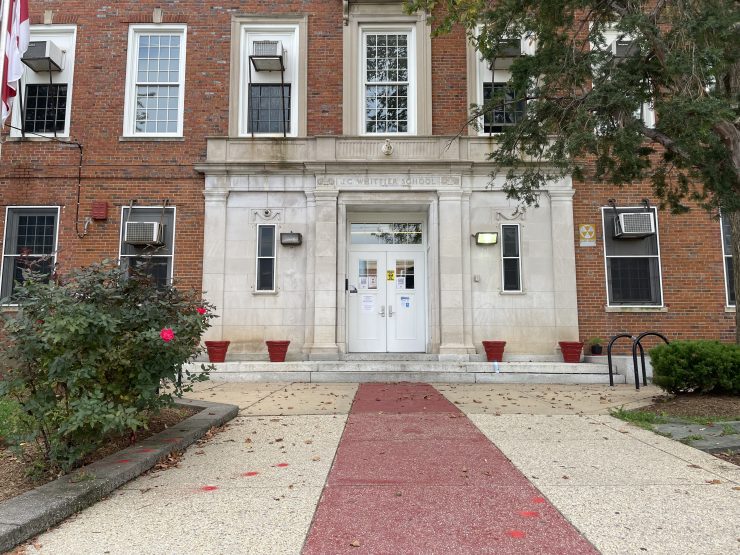 By the beginning of the school year, the majority of HVAC system work orders throughout DCPS were still incomplete. Parents and officials in Ward 4 point to long standing neglect and inequity.

When D.C. Public Schools resumed in-person classes on Aug. 30, 70% of HVAC-related work orders throughout the system had yet to be completed. The outstanding fixes left many school buildings without proper air filtration, which the CDC has shown to be an important factor in resuming indoor activities like classes given COVID-19’s airborne nature.

The data comes from D.C. Department of General Services and was announced at a Sept. 28 D.C. Council oversight hearing on school facility conditions.

Work orders are not the only problem, with concerns like leaky roofs and a lack of access to outdoor spaces also left unaddressed. But Ward 4 parents and community members said this is nothing new, pointing to long-standing inequitable facility issues.

Keith Anderson, director of the D.C. Department of General Services, gave attendees an update on a $24 million project that included adding a layer of air filtration to pre-existing HVAC units or spot air coolers to control the heat. Additionally, DGS installed air quality monitors in all schools.

Frazier O’Leary, Ward 4 State Board of Education representative, said he’s been advocating for an overhaul of HVAC repairs since he ran for his position in the fall of 2018. He said there’s an increased sense of urgency in the community with the spread of the virus and a lack of action on the school’s part.

With the cold weather approaching, O’Leary said schools are now facing an “emergency.”

In February 2021, Bolton said all parents were called to pick up their kids because of a pipe burst at Whittier. While the school fixed the pipe, she said any repairs seemed like a “Band-Aid solution” to a larger and alarming problem.

“That is quite honestly one of the worst feelings as a parent to know that the place where you send your child to get an education is not the safe place that you need it to be,” Bolton said. “No parent wants this kind of disruption for their child.”

With the addition of the pandemic, Bolton said the first thing on her mind is air quality.

“I think that when HVAC systems aren’t what they need to be, and the roof isn’t working the way that it needs to be, it’s not a recipe for success,” Bolton said.

O’Leary said Whittier is expected to be renovated in 2028, leaving students and teachers to deal with these large-scale issues for another seven years.

After working in schools for 47 years, and highlighting these problems in his current position for years, O’Leary said the lack of change can be attributed to neglect from the mayor and mayoral appointees.

“It’s not money. It’s desire,” O’Leary said. “I mean we just got a whole boatload of money for the city, but it’s not that it’s inefficiency.”

Some families are so concerned about the state of DCPS reopening that they’ve opted to not send their kids in-person. One of these parents, Becky Reina, said it’s a decision with possible major repercussions.

Families that decide not to send their kids to school in person, and do not qualify for a medical waiver to have virtual classes, can be disenrolled from DCPS and referred to Child and Family Services.

While this hasn’t happened to Reina’s family yet, she said she knows of several people whose kids were disenrolled from the schools they’ve attended for years.

During the hearing, Anderson said HVAC repairs are regularly needed. Per industry standards, he said HVAC parts are under a 5-10 year warranty, but the labor warranty only lasts one year.

Anderson attributed the current lag in HVAC repairs to global supply chain backups due to the pandemic.

Evan Yeats, a 4B ANC commissioner and DCPS parent, said he doesn’t buy this excuse because promises to fix HVAC systems and modernize equipment were made over a year ago.

He said in the neighborhood he represents, crews were in schools trying to fix HVAC’s up until midnight before schools opened. He said this shows how “poorly planned” the repairs were.

Yeats said DGS needs to be diligent in making sure all buildings are safe. If this isn’t happening, he said D.C. Council should engage in oversight, rather than waiting for hearings or walking through schools and seeing a roof leak first hand to call attention to the issue.

However, Yeats said there is not a group focused on making sure schools are ready for students after D.C. Council Chairman Phil Mendelson dissolved the education committee this year in January.

“I think I’m reachable, like I’m movable, my kids are in school right now, and if I thought they took these issues seriously it would make me feel much better and I would be much more supportive,” Yeats said.

“But right now, you know, we’re sitting on a pile of broken promises.” 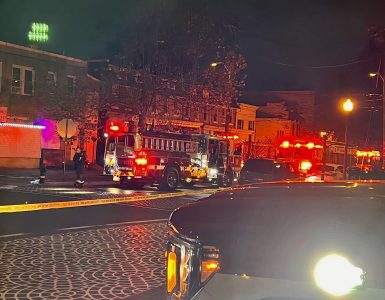 A gas leak forced evacuations in Brightwood Park this evening, with Fire and EMS, Metro Police, and Washington Gas managing the scene overnight. 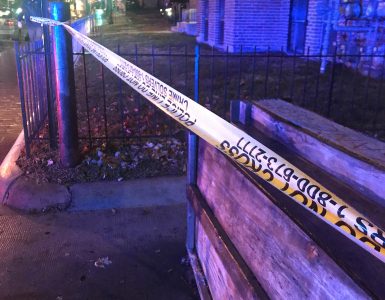 The car smashed into a concrete barrier in an alley off Kennedy Street near Illinois Avenue, NW. 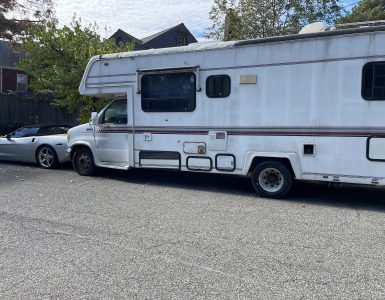 Brightwood residents complain the current system for removing vehicles is convoluted and ineffective ahead of a D.C. Council hearing on a proposed amendment to change the process. In fiscal year 2021, D.C. Department of...