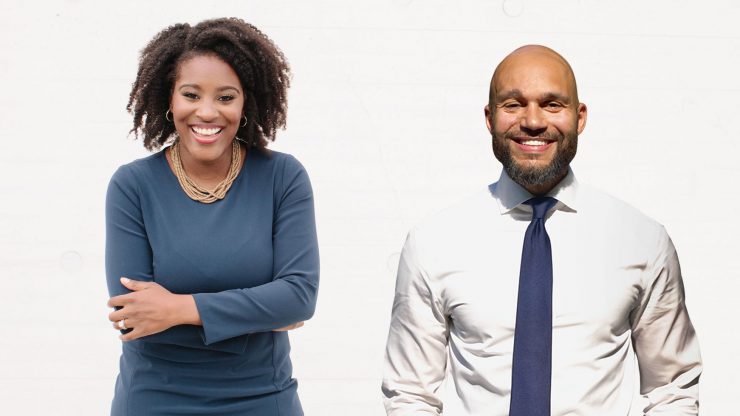 Incumbent Democratic DC councilmember Robert White and Christina Henderson, an independent, lead a 23-person field for two at-large seats on DC Council as of midnight on election night. Tabulations of ballots have not yet been completed.

White ran up a significant margin in the competitive race, receiving more than 25% of the vote (84,884 votes). White, a former aide to aide to Del. Eleanor Holmes Norton, D-DC, has been on the council since 2016.

Former DC Council staffer Christina Henderson is currently in second in that race, with 14.81% of the vote. The at-large seat that Henderson is leading in the race for was previously held by David Grosso, a progressive independent (also, Henderson’s former boss) who has championed causes like universal paid family leave.

Only five at-large DC Council candidates have garnered more than 5% of the vote:

Spots on the 13-seat council are coveted. This year’s race was fierce and contentious, at times moving into tensions and open hostilities.

Former at-large DC councilmember Vincent Orange, who lost to White in 2016, is around 7,000 votes away from second place with 42,957 votes.

Goodwin, a real estate developer, is in fourth place with just over 40,000 votes. In January, he said he would prioritize the District’s rising violent crime rate, and he was endorsed by The Washington Post’s editorial board along with Henderson, who pledged to focus on education, healthcare, and housing.

Ed Lazere, the longtime leader of the DC Fiscal Policy Institute, has faced criticism for his supporters’ aggressive protests outside the home of DC Councilmember Anita Bonds, who supported Marcus Goodwin, another DC Council candidate.

Lazere, currently in fifth place with just over 38,000 votes, was endorsed by liberal groups, including Metro DC Democratic Socialists of America. Nearly all of the candidates in the field were challengers to White, the incumbent who has been on the council since 2016. White was previously an aide to Del. Eleanor Holmes Norton, D-D.C.