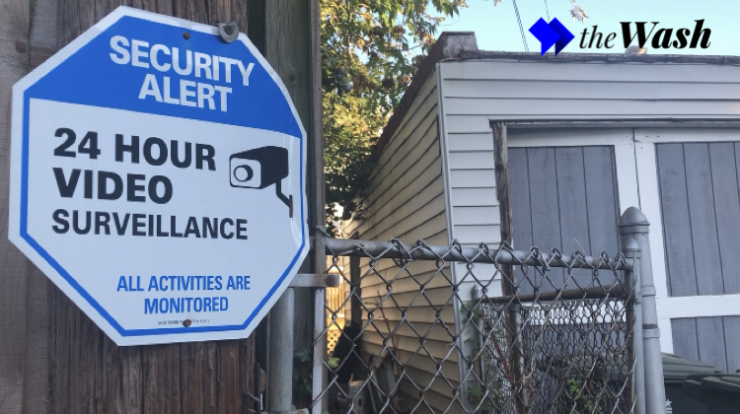 If you walk down an alley in Petworth you may run across an abandoned Amazon box as an indication petty theft crime continues to be an issue in this neighborhood.

Neighbors are now equipping their homes with cameras paid for by the D.C. government through the Security Camera Rebate program. The goal is to create a network of residential cameras to increase feelings of security and to catch more thieves in the act.

The Security Camera Rebate program has given funds to over 600 households in Petworth since the program began in 2015, averaging about 30 cameras a month according to the program’s public records.

This program is run through the Office of Victim Services and Justice Grants. The agency is allocated half-a-million-dollars every fiscal year to give a maximum of $500 to any household that buys a security camera and registers it with the Metro Police Department.

The O.V.S.J.G. office gets the money from a local appropriation, meaning a permanent law that requires money from the treasury to be directed to specific purposes. If the money ever runs out there is supplemental funding to help out the program, according to O.V.S.J.G. officials.

“The purpose of the program is to provide residents and businesses an incentive to install cameras on their properties as a way to help reduce crime,and identify perpetrators, and improve public safety in the neighborhood,” O.V.S.J.G official Christopher Dyer said.

Neighbors who catch perpetrators in their backyards and porches routinely post sightings on the Neighborly app as well as notify the police. Police send out neighborhood alerts, but residents complain most alleged thieves caught-on-camera end up running away and are not captured.

Tim Jancel is a Petworth resident, whose partner got them cameras at the beginning of the program. He believes the cameras do have an effect.

“If a package is deliver

ed, it’s a deterrent to anyone that may be a package thief, but we use our cameras for a lot of things,” Jancel said. “We use it to see who is at the door so we don’t have to get up. Police have come by, less than five times, but it has come up to use our footage to solve something. They help.”

According to Metro Police, the program has been beneficial. Hard crimes have dramatically decreased in certain residential neighborhoods, including two huge drug busts shut down in Petworth since the program began.

When the Wash asked Metro Police how it feels about the program, the Department released this statement.

“MPD encourages all DC residents, homeowners, and businesses to participate in the Private Security Camera Rebate Program. These cameras assist in deterring crime throughout the district and have been instrumental in helping us during active investigations.”

Rich believes that theft is not a policing priority and that even though larger crimes are being solved, the cameras are not helping with Ward Four’s theft problem.

“It is a fantasy that if you spend money on technology you are going to be able to change a perpetrator’s behavior,” Rich said, “When I reported a package stolen to the cops, I waited, and no one comes to interview me, no one comes to look at the porch, no one does anything.”

Neighbor, Ronald Gunnel, has a camera but he didn’t enroll it in the program. He doesn’t want the rebate money but has been active in giving police his video clips to solve both a car crash and a drug bust.

Dyer said that even though he can not say the camera program has directly affected crime rates since crime has so many aspects to it, he knows it has impacted investigations.

“There have been media stories about the camera footage leading to arrests in high profile cases and we know through our own tracking that there have been at least 10 to 15 homicides that have had arrests made as a result of footage that’s been extracted by cameras we’ve helped pay for,” Dyer said.

Even though the program requires people to register their cameras with the police department, it is not a requirement that you have to share your footage.

There are cameras in all eight wards and every police service area across the city with a flood of applications coming in every week, according to Dyer.

The program is expected to have over 7,500 applications in by the end of the year.