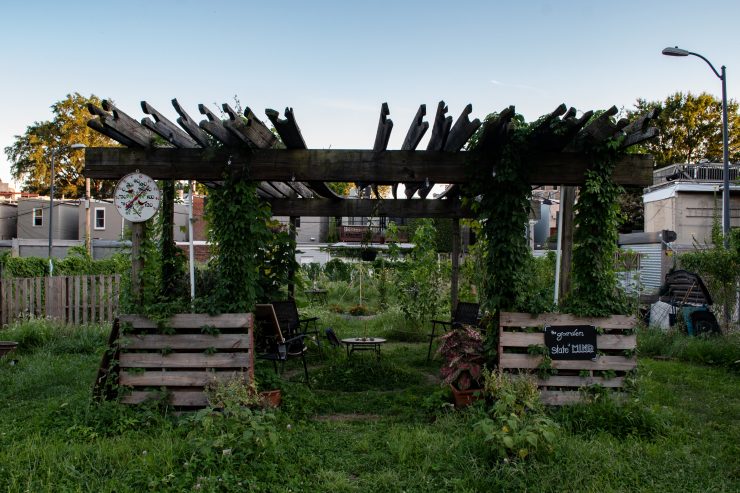 Temperance Alley Garden is giving neighbors a chance to gather in the face of COVID, but it won’t last forever.

Nestled between 12th and 13th Streets NW, and behind the U Street metro, the Temperance Alley Garden has offered nearby residents an outdoor space to gather and grow their own produce during the pandemic. But a proposed development will uproot the plot in three years’ time.

The space was started in 2020 by Benjamin Haynes, a community organizer and member of the U Street Neighborhood Association. Haynes, who walked by the area every day on his way to work, realized it would be a perfect spot to provide an outdoor space for his community during the pandemic.

After working out a contract with Eastbanc, the owner and developer of the property, the neighborhood association was able to lease the land and cultivate the area. As of 2021, garden has become a local spot for neighbors to grow their own produce and plants.

For Jenny Prime, president of the U Street Neighborhood Association, the garden has been a place where U Street neighbors can meet new people and engage in various activities.

The garden has also hosted various events, such as yoga, book circles and ecology classes taught by stewards of the garden.

But the garden’s lifespan, much like nature itself, is ephemeral.

Eastbanc, a D.C. based real estate company, plans to develop the alley and current office building at 1250 U Street into a mixed-used development, including residential, retail and streetscape improvements, according to the company’s website.

History of the alley

According to Haynes, who started the garden, the alley was also a place of poverty and upheaval in 1953.

He told the story of  Leonor Enriquez Pablo, a sociologist from Catholic University who had interviewed residents being displaced from the alley by the Washington Housing Authorities. The authorities had condemned the housing that existed within the alley due to the unsafe conditions.

“The alley contains within it many layers of story, layers like how humans treat the Earth. But it also contains within it the story of what it means to be a family and a community,” Haynes said “I think it’s important to talk about that history, as a way of keeping it alive.”

Haynes is concerned about preserving the history of the alley and worries that the complex Eastbanc plans to build may tarnish the legacy of the people who once lived there.

Need for housing at the alley

There is a need for housing in the District, which the development by Eastbanc reflects.

D.C. is a desirable place to live and has a high projection of population growth. U.S. Census data trends from 2020 also show that urban areas are experiencing an unprecedented amount of growth. Since 2000, housing prices have increased exponentially. These trends would require more housing, which the future development could satisfy.

According to ANC Commissioner Sabel Harris, the development in the alley would help provide more affordable housing, reduce the price of housing in general and provide a better utilization of the alley space.

“While I’m happy with what the association is doing, I think there’s a shortage of affordable housing that the community needs,” Harris said.

Nate Klass, development manager for Eastbanc, said though the future complex will have market rate units, there is a requirement for it to have affordable housing too. But the specific affordability in terms of the Area Median Income has yet to be determined, along with the number of affordable housing units available.

Since the development is designated as a planned unit development, Harris said the ANC and community could negotiate for deeply affordable housing, which is priced for residents making no more than 30% of the AMI.

Responding to the development

Though Temperance Alley Garden will eventually be replaced by the development, stewards of the garden like Josh Morin are using the impermanent nature of the alley as a lesson.

“We’re always inviting people into the story of ‘what does it mean to care about something you know is going to go away eventually.’ That’s just an ethic we’ve tried to cultivate and invite people into,” Morin said.

Other residents like Gregory Keng Strasser, a local who enjoys the garden, will be sad to see the garden — and the hard work that went into it — go.

“I think this is a really great spot where community members can gather just to live and thrive,” Strasser said. “I know right now people are enjoying this space, so I just think it would be a sad, missed opportunity.” 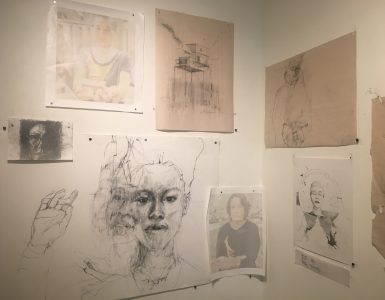