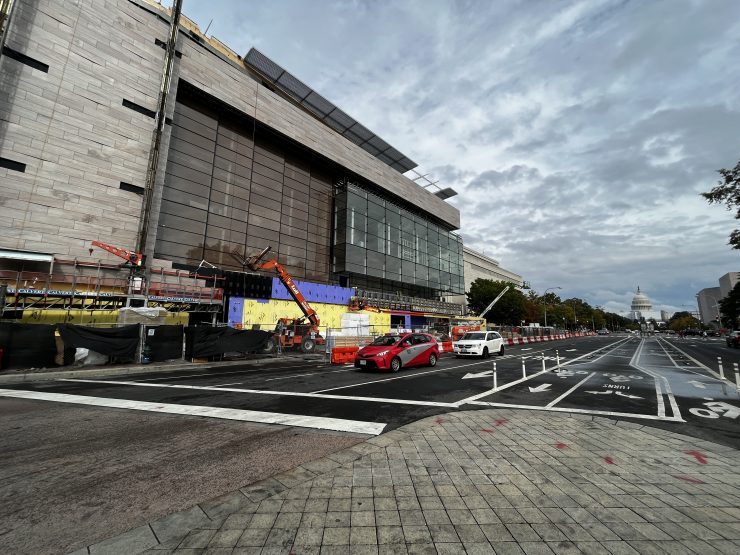 Johns Hopkins University is renovating the former Newseum building on Pennsylvania Avenue. Hopkins’ all D.C.-based schools are expected to move to Penn Quarter next fall while the Newseum continues to hold travel exhibits.

When the visitors of the National Gallery of Art took the Constitution Avenue exit, the Newseum, a museum dedicated to the First Amendment, would greet them. However, years of financial difficulties forced the Newseum to close to the public Dec. 31, 2019 and change the iconic building’s fate.

While its owner, the Freedom Forum, said it intends to find a new location in the future, it also mentioned the transition process might take time. The Freedom Forum loans its print news items and photography collections to institutions that meet the organization’s criteria.

Since its closure, the Newseum has continued organizing travel exhibits. The Pulitzer Prize Photographs Exhibit and the Rise Up: Stonewall and the LGBTQ Movement Exhibit travels across the country. The latter exhibit completed a Memphis tour recently and will head to Dallas Jan. 25, 2023.

With the Newseum announcing that it would permanently close its doors to visitors, questions arose as to what would happen to the iconic building. In 2019, Johns Hopkins University announced that it would acquire the then-preparing-to-close Newseum. The purchase had cost Hopkins $372.5 million.

The SAIS, Zanvyl Krieger School of Arts & Sciences, and the Carey Business School have been located on Massachusetts Avenue’s Embassy Row in the Dupont Circle neighborhood since 1963. With the new announcement, all students are expected to move to the new campus.

“It has been quiet here for a while,” Green said, referring to the Newseum’s departure more than two years ago. “This area, more specifically Penn Quarter, is a culturally rich place but having graduate students around will create a more diverse neighborhood.”

The 555 Pennsylvania Avenue building is surrounded by an embassy and several museums on the southern boundary of Penn Quarter. The construction on Pennsylvania Avenue began last year and is expected to conclude in the summer of 2023. Current tenants of the Massachusetts Avenue campus should expect to move into the new building starting the fall semester.

“We needed a change,” Garrett Crossley, 34, of Penn Quarter, said. “The building has been sitting empty for almost three years now and I think it is badly affecting the reputation of the neighborhood.”

Founded in 1876, Johns Hopkins University has been regarded as one of the top research universities in the country. From public health to social sciences, Hopkins houses over 20,000 students across several campuses and over 3,000 in the district.

A spokesperson for the SAIS said the university was unable to comment on the ongoing progress of the restoration other than what is available online but added Hopkins is expecting a big opening in its new location next fall.

The 420,000-sq ft building’s exterior appearance seems to have remained similar to that of the Newseum but will remove the First Amendment panel on the southern facade. The interior renovations, however, will convert the museum’s old galleries into classrooms and in addition to adding an atrium. The company handling the renovations, Clark Construction, did not respond to a request on the ongoing project progress.

Paul H. Nitze founded the School of Advanced International Studies (SAIS) in 1943 and the school joined the Johns Hopkins family in 1950. Nitze aimed to train diplomats and public policy experts of future generations at a time of World War II mayhem.

“I think it is a great place to study,” Lorraine Green, 42, of Penn Quarter, said. “D.C. has the best schools in the nation and resettling in a great neighborhood like Penn Quarter is well worth it.” 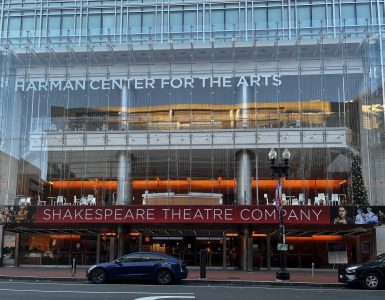 Shakespeare Theatre Company on F Street began its annual acting sessions for children, teens, and adults in November. The company is hoping to bring Shakespeare's plays to today's world and and show similarities of the... 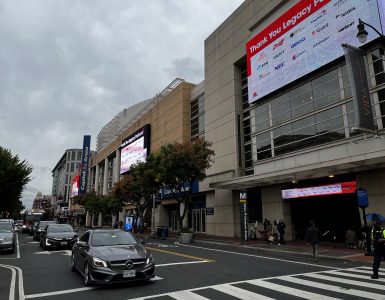 For many Americans, October means the beginning of the fall, chilly weather, and colorful leaves in their backyards. Nonetheless, the 10th month of the year also signifies another important milestone in American...