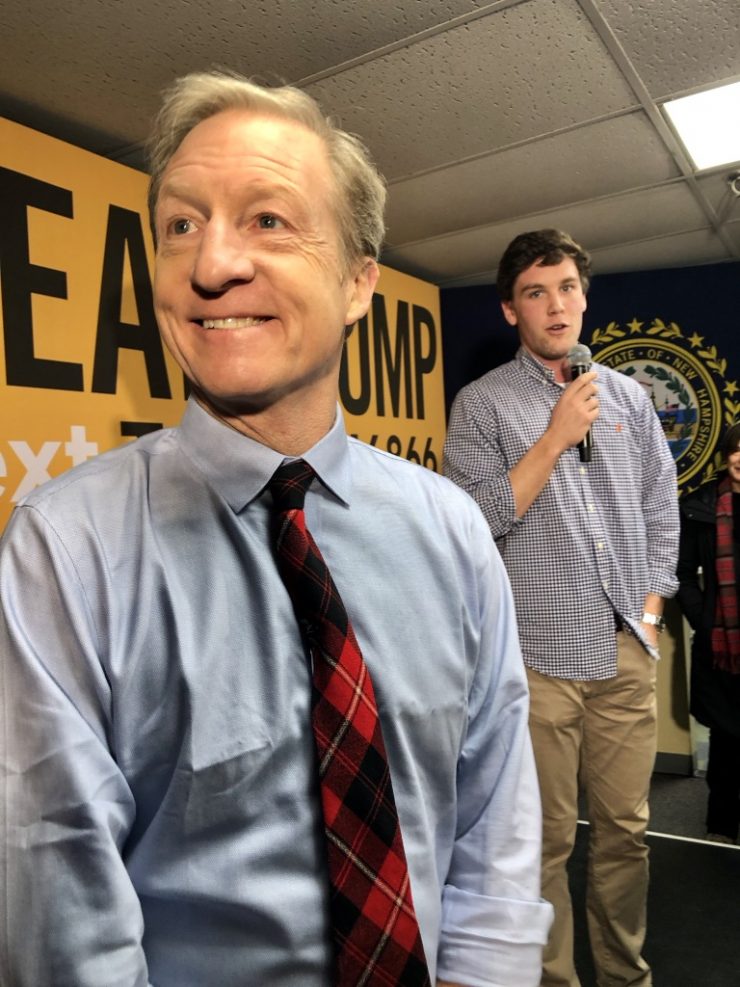 MANCHESTER, N.H. — Tom Steyer is by no means a front runner. With his national polling at 2.2 percent and a 7th place finish in Iowa, Steyer is lingering behind the pack.

Despite this, the enthusiasm for his candidacy was palpable at his get-out-the-vote event on Saturday. The audience stood shoulder to shoulder, wall to wall, in Steyer’s field office, eager to hear him speak.

When Steyer took the stage he rallied voters around the message of diversity.

“We are a really diverse party,” Steyer said. “If we’re going to win as Democrats,” Steyer added, “we have to appeal across the spectrum of our incredibly, glorious diversity.”

Although Steyer finished with 0.3 percent of the vote in Iowa, he seems to be building an impressive ground game in more diverse states such as South Carolina and Nevada. A recent South Carolina poll shows Steyer ahead of national frontrunners Sen. Bernie Sanders and former South Bend, Indiana, Mayor Pete Buttigieg, with 18.5 percent of the vote in the Palmetto State.

Alleyah Wilder, 39, from Orangeburg, South Carolina, won an “On The Trail with Tom” raffle from the Steyer campaign to attend two days before the nation’s first primary. Wilder said she was disillusioned after the 2016 general election but Steyer’s candidacy has inspired her to “do more than just go out and vote.”

She is spending time canvassing and rallying support for Steyer because she said he addresses “real issues” like climate change.