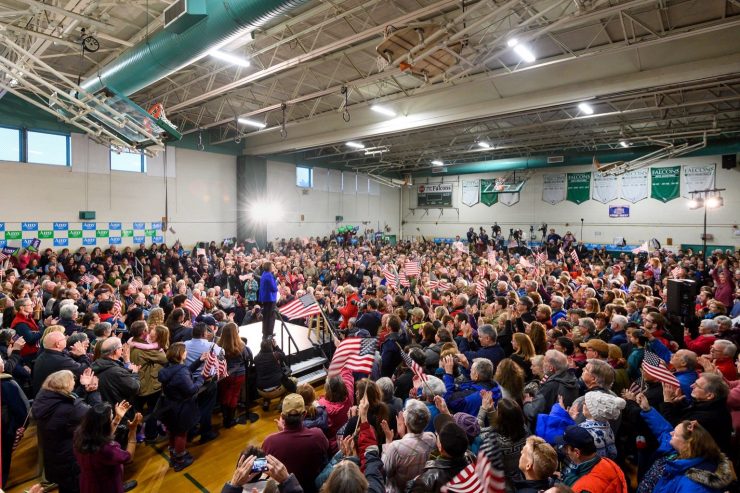 Tourists join the crowds to hear Klobuchar in New Hampshire

Out-of-state political junkies traveled to New Hampshire to hear from candidates and make up their minds.

Voters Alexis Duffy, 26, and her partner, Meghan Turner, 25, traveled from Massachusetts to hear the Democrat from Minnesota. Both women said they were interested in hearing from the more moderate candidates, including Klobuchar and Pete Buttigieg, the former mayor of South Bend, Indiana.

Many who came to the event were political tourists. Duffy, a Massachusetts teacher, said, “a more moderate candidate might have a better shot at bringing everybody a little closer together.” Turner, who is now registered as an independent and voted for President Trump in 2016, said she is considering voting for Klobuchar.

“I think that if Bernie (Sanders) or Elizabeth (Warren) are the candidate for the Democrat Party, Trump would win,” Turner said. “I don’t think that you would get any of the people that are in the middle, like me.”

Heather Olson-Bal and her family traveled from Texas to see the candidates and hear their pitches. Olson-Bal, 46, an education professor, spent the weekend going to see several candidates at rallies and other events during her time in New Hampshire.

She has voted in the Texas Democratic Primary since she can remember, she said, and she remembers the way neighbors would tear down their posters of Democratic candidates and her mom would wake up in the morning and put their signs back up.

She said she likes Sen. Elizabeth Warren of Massachusetts and Klobuchar, but appreciates Klobuchar because she is “no-nonsense” and her kids say the senator has “mom-energy.” She added that Klobuchar’s record in the Senate was impressive and bipartisan.