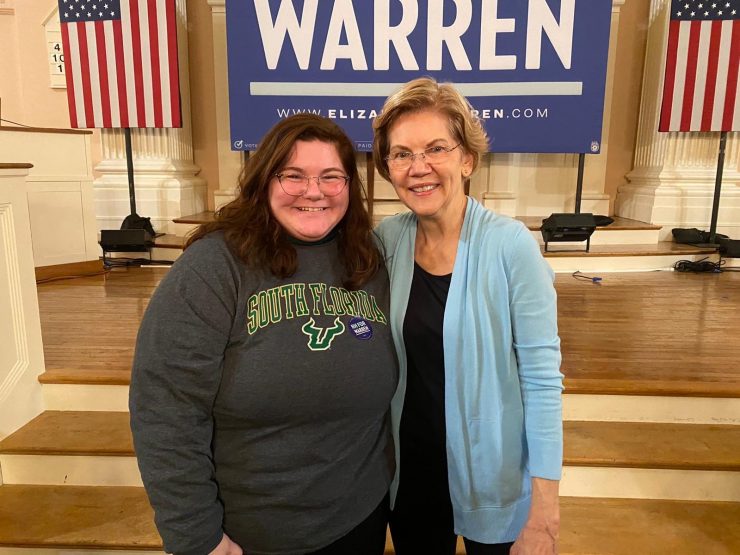 College students travel to NH to see Warren and Sanders

Young and first-time voters were visiting the Granite State to scope out their candidates before New Hampshire’s primary Tuesday.

MANCHESTER, N.H. — Voters across the country have their eyes on the New Hampshire primary on Tuesday, the first of the 2020 presidential election, to see which Democratic candidates finish at or near the top.

Many young and some first-time voters said they are excited to see how their candidates perform after the Iowa caucuses, which were hampered by a faulty app and a lack of training for volunteers.

“I’m really impressed with her abilities,” Svenson said, adding that Warren makes “no headlines, but makes a difference.”

He said he was impressed by the Consumer Financial Protection Bureau, an agency Warren helped establish, returning $12 billion to Americans. The accomplishment plays a large role in supporting the senator for president.

“I don’t feel like Bernie can unify the party,” Nero said. She added that she would fully support the eventual Democratic Party nominee, even if it is Sen. Bernie Sanders, but that Warren would be her first choice when she votes. Nero traveled to New Hampshire for the weekend and attended the McIntyre Shaheen Dinner on Saturday — where all of the candidates spoke — with two of her friends.

“We are the change we want to see,” said Melanie Lopez, a 20-year-old from Ocala, Florida, and Nero’s friend. Lopez said she’s voting for Warren because she was worried for her friends in Puerto Rico after Hurricane Maria hit.

At a Joe Biden Get-Out-The-Vote event, Matthew Scantin said he drove up from New Jersey for the weekend to see candidates. Scantin noted that he would also be supporting Warren. When asked why Warren over Sanders, Scantin said, “They have similar policies and he’s my No. 2.”