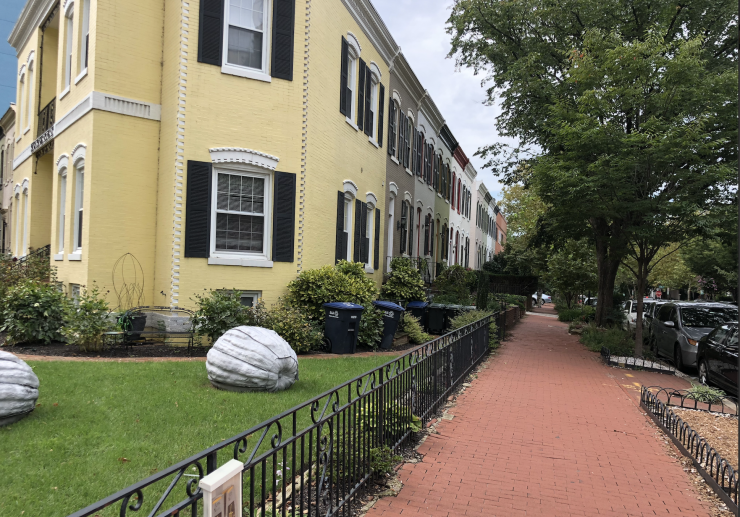 There have been a number of sexual assault cases in Foggy Bottom recently. But residents aren’t letting it change the way they live.

Foggy Bottom residents still feel the neighborhood is safe, even after a number of recent reports of sexual assault.

The neighborhood, which lies in the Second Police District, has relatively low crime statistics, according to Metropolitan Police Department data. In most cases, the number of forms of crime have gone down over the past year, mirroring the rest of the city.

However, the neighborhood has recently experienced a surge in reports of sexual violence, according to ANC 2A representative Philip Schrefer.

“We receive monthly crime reports, and the area where [there] does seem to be a significant increase over the past three months has to be sexual violence,” Schrefer said.

According to Schrefer, there has been a 150 percent increase in incidents of sexual violence in the last three months.

There have been six separate incidents of sexual abuse reported over the past year in the area covered by ANC 2A, which includes a substantial part of Foggy Bottom, according to MPD statistics. All but one occurred after July 2 of this year.

When compiling their statistics, MPD classifies different forms of sexual violence, from assault to rape, into a broader category of sexual abuse.

Schrefer isn’t sure why incidents of sexual violence are in the rise in the neighborhood, he said. But the broader area surrounding Foggy Bottom has seen a number of high-profile serial sexual assault cases over the past year.

In April, a woman was reportedly groped in Foggy Bottom by a suspect who then fled on foot. Police linked the incident to a string of similar cases throughout Foggy Bottom, Dupont Circle and Georgetown.

The attacks began in February and, by April, five women reported being assaulted by what police believed was a single perpetrator, according to WTOP.

In July, a suspect who matched the description of the suspect in those cases was caught on camera moments before assaulting another woman in Foggy Bottom. The incident occurred within a few weeks of two similar attacks in nearby Dupont Circle, according to NBC Four.

Lia DeGroot, a student at George Washington University in Foggy Bottom, said she doesn’t feel particularly unsafe when walking through the neighborhood.

DeGroot also wasn’t shocked by the rise in reports of sexual abuse in Foggy Bottom.

“I know there’s been an increase in sexual assault on our campus as well,” she said. “It doesn’t really surprise me.”

Delaney Deskin, who moved to the area from Denver, said she feels safe walking through the neighborhood and the city, but she takes steps to avoid being the victim of a crime.

“D.C. as a whole is not particularly unsafe as far as bigger cities go,” Deskin said. “It’s just the normal precautions. Don’t walk around with flashy jewelry and phones and stuff.”

Deskin said the discussion surrounding the issue of sexual assault should be refocused. She said she isn’t worried about being attacked on the street and thinks people don’t invest enough attention to the more likely scenario of sexual assault by acquaintances, especially on campus.

“There is, of course… a lot of people [who] see it as some stranger pulling you aside in a dark alley,” Deskin said. “But then there’s things like frat parties and dorm rooms and stuff like that.”