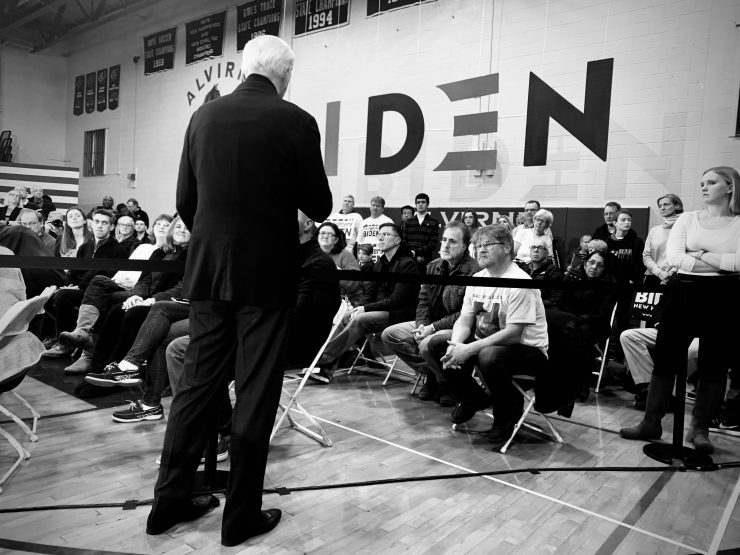 The former vice president talked about his personal tragedies throughout the campaign stop.