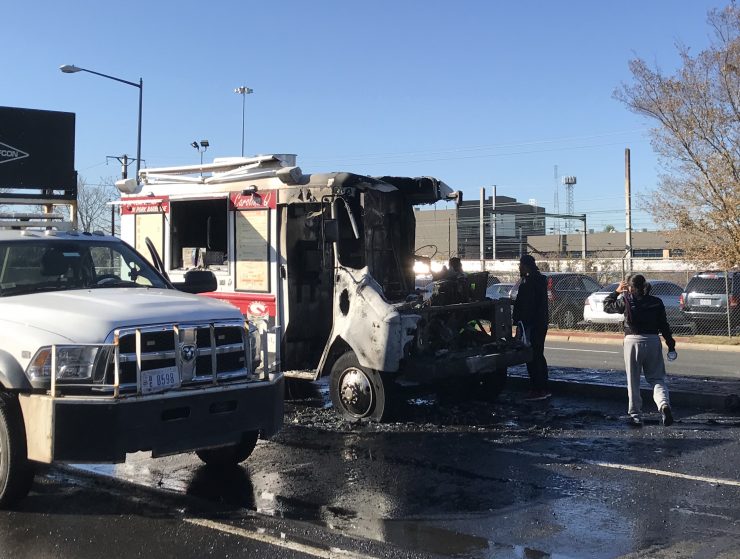 A food truck caught on fire in the middle of New York Avenue NE in Ivy City today, causing a significant traffic jam.

The owner of the Carolina Q barbecue truck, Rosa Maria Toto, told The Wash that it was a new truck her and her husband had just purchased. They were driving it for the very first time today. They had been in downtown D.C. with the food truck earlier in the day with their dog in tow.

“We were just going back to my house to clean, I was driving,” Toto said. “Next thing, I see fire. We got out of the truck onto the street with our dog. It all happened so fast.”

Flames engulfed the front of the truck, burning off the windshield and part of the roof.

There were no injuries in the fire. Firefighters and police arrived on the scene soon after and blocked off New York Avenue from oncoming traffic.

Charles Pumilia, a roadside assistance worker, arrived at the scene with a temporary car for the Totos and filled it with gasoline for them.

“That truck’s never been on the road yet. It seems like the engine blew out,” Pumilia said. “The family was just trying to drive home.”

Workers at the school bus lot at the intersection of Kendall Street, next to where the incident occurred, watched from the sidewalk as emergency service workers put out the fire.

“First I saw smoke in the air and then I smelled a bunch of gasoline,” said a worker at the school bus lot. “I walked over to New York Avenue and saw a truck in flames.”

According to DC Fire and Emergency Services public information officer, Vito Maggiolo, the fire was extinguished with the help of just one unit.

“Luckily there were no injuries. It was a routine, single vehicle fire that was contained,” Maggiolo said. “It was a meat and potatoes kind of fire that we’re used to dealing with daily.”

As a stretch of New York Avenue was blocked off, drivers approaching the fire were directed right on Kendall Street NE. This caused a traffic jam, with many cars being stuck on Okie Street NE next to the DC City Winery. Once emergency services contained the fire, the right lane of New York Avenue was reopened for traffic to get by. 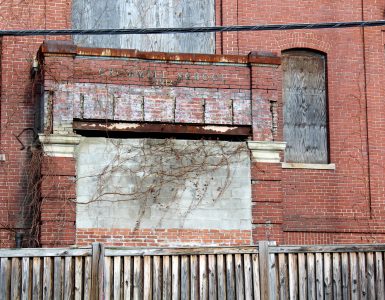 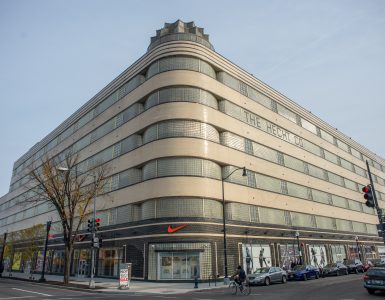