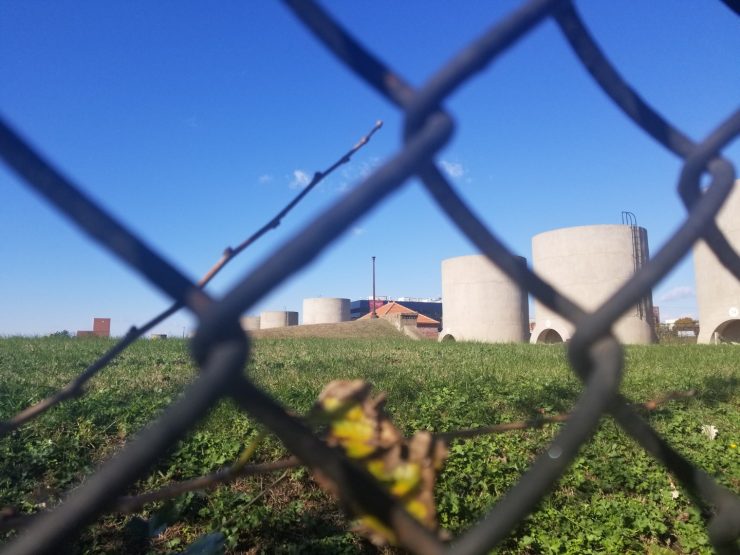 We spoke to some of Bloomingdale’s long-time residents about their experiences in the neighborhood, here’s what they had to say.

“In 1989, Tony Norman, my lifelong friend, knocked on my door and asked me to take a tour of the caverns underneath McMillan Park, a historic location in the heart of the District along North Capitol Street.

After the tour, he told me the city wanted to tear the park down and put in a K-Mart Strip Mall.

‘It’s our ridges, it’s ridiculous,’ he told me.

Since then, I discovered there was a long-embattled history with McMillan Park. In 1941, a fence was put up around the whole site to protect D.C.’s water supply from enemy sabotage.

May 1941 – Police arrested a guy with a backpack full of cyanide in New York City. He had been sent by Hitler’s Germany with instructions in German on how to get the reservoirs of New York City and Washington, D.C., to poison them. Before that, there was no fence. People would walk right in… fish, boat and swim in the reservoir.

Can you imagine how terrified they were when they put the fence up?

The fence was eventually taken down by the end of World War II.

This neighborhood [around the Park] was a segregated whites-only neighborhood. At some point, there was a Supreme Court case, Hurd v. Hodge, that just allowed people of color to buy these houses and this house behind me, 116 Bryant Street… It was for James Hurd – a Black family. They bought this house and were later chased out of it.

This case worked its way up to the Supreme Court.

Racial exclusionary covenant of the deed to that house said you will not sell or rent this house to ‘Negroes,’ that’s exactly what was said.

The Supreme Court said it was illegal. This was a human rights violation.

Since then, the neighborhood became more and more filled with Black families – until the ’70s and ’80s. When they started moving in, the District of Columbia didn’t have self-rule because it was run by the District Committee of Congress.

They decided Black people did not need a park. So, they put the fence back up. And to this day, the fence still exists.”

In my block, I had a neighbor who lived three doors from me; she sat in her porch for several hours every day. She was called the ‘matron of the block,’ she knew everything.

She knew who was coming out of prison and who was going into prison.

She knew who was still on drugs and who was using drugs.

The whole thing. She knew everything.

She was a great neighbor, she would do everything and anything she could to help you.

The day I moved in, my neighbors came out of their houses, clapped and applauded – they had a little party on the street because the ‘problem house’ on the block was finally going to go away.

They were happy for me.

The guys that used to live in the same house I bought were on drugs. And, they owed one of the biggest drug dealers in the city some money. But, they were gone now.

The same night I moved in I got knocked on the front door, bam bam bam.

‘Where are these guys?’ They asked me.

I said I don’t know, they don’t live here anymore. The dealers started demanding some money. I told them we were under a new management and the guys that used to live here did not give me any telephone number or street address.

After that happened, the same neighbor I mentioned earlier came to me and said… ‘What is with you clueless white people?’

She said you moved into a black neighborhood, these are some of the things you need to know. And so, I got an education from her.

Unfortunately, she passed away, and I miss her so much. I even dream about her because she had so much impact on the neighborhood.

I mean you look around the whole city, do you find block matrons, anymore? You don’t. The whole concept of a block matron sort of doesn’t exist.”

“I have lived in Bloomingdale for nine years. Prior to Bloomingdale, I lived in Capitol Hill but once I moved here, I never looked back.

There’s a very strong sense of community here, a very strong thread throughout the community of involvement, of caring, for the neighborhood. My partner and I were immediately drawn to that and we immersed ourselves in that.

When we moved here, we met a lot of neighbors and folks in the community that was really excited about what was being proposed by the city and the development team that they selected to build this development above the McMillan Park. There was going to be retail and conveniences right on the doorstep of the neighborhood.

And then there was this other group of people that we met that was like oh no, wait for a second, they don’t have the story down. This was originally a park and it could be a park again.

I started going to these community outreach events the city was sponsoring and they were handing out a ‘fact versus fiction’ paper that said McMillan Park was never a park. That, historically, it was a working industrial site.

That just didn’t sound right to me, it sounded illogical. That’s what spurred me into wanting to find out by myself what was the real history of McMillan Park — and this was seven years ago.

I have a full-time job, whenever I have free time, I educate people on this issue. That’s why it’s been seven years and on-going that I’m collecting all documentation and proof.

It was a very cunning, and smart strategy by the city to justify building on what was historically a large park, instead of re-opening it, which is what the community wanted to do since the 1980s.” 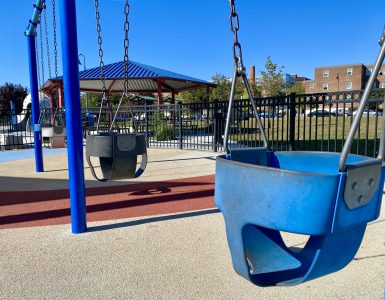 Area shootings in the past year have involved multiple juveniles, causing neighbors to worry about their childrens’ exposure to violence.