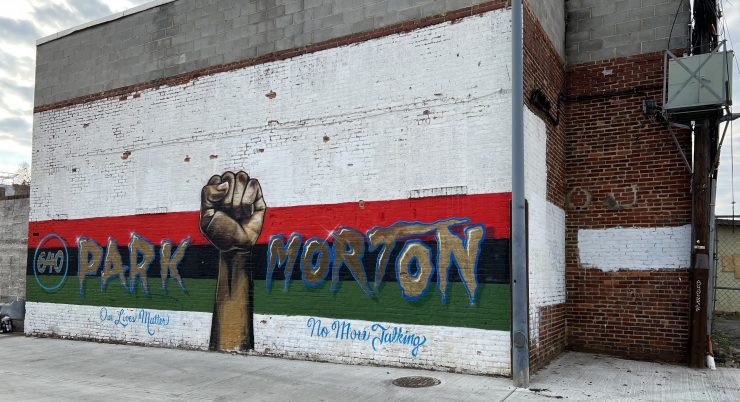 Shonta’ High moved into apartment 21 at a Park Morton public housing unit twenty years ago. She raised her daughters, A’Tira and Amarissa, there. She cleaned it, made necessary repairs and turned it into her home, surrounded by neighbors who became her family.

Today, every other resident has moved out. High and her daughters are the last ones in the building — a building scheduled for demolition.

Former D.C. Mayor Anthony Williams included the Park Morton complex in the D.C. Housing Authority New Communities Initiative in 2005.  The plan outlined redevelopments for four public housing units across the city, utilizing a “build first” system, instead of displacing residents. The new public housing unit would be in nearby Bruce Monroe park and allow Park Morton residents to live there while the original site was redeveloped.

Multiple changes and over a decade later, half of Park Morton — including High’s apartment — is set for demolition and redevelopment, but the Bruce Monroe building planned to house them is not yet built. After a civil lawsuit from Park View neighbors halted construction plans in 2017, the D.C. Office of Zoning approved changes made to the design Nov. 19, allowing for a start to construction.

After years of waiting, Park Morton is coming down, as Bruce Monroe is going up.

“It’s a shame that it didn’t happen earlier — that it didn’t become the ‘build first’ site that it was intended to become for at least some of the housing on Park Morton,” Rob Miller, commissioner on the zoning council, said during the meeting. “It’s very frustrating and disappointing for everyone involved, particularly the residents there who have been promised this new community for a long time.”

Including market rate housing is an attempt to fiscally diversify the neighborhood, Michael Wray said in an interview. Wray is a commissioner for Advisory Neighborhood Commission 1A, the ANC backing the project.

The original NCI included this type of  “mixed income” housing, meaning Bruce Monroe is on track with the original outline. Park Morton, however, will be redeveloped into housing entirely for low income residents, Wray said, making it slightly out of touch with the original idea.

Wray viewed a completely affordable housing unit as a positive change, but he also believed mixed income buildings allowed for more growth in the community. People with higher incomes could bring in more revenue, contributing to local businesses, grocery stores and daycare centers.

“It’s all important. Every every person in that building is a key component of making it work,” Wray said.

High,The Council @ Park Morton president, does not view mixed-income housing favorably. She believed people moving in at market rate would look down on people in the public housing apartments, making it harder for them to thrive in their own communities.

According to the email she sent to DCHA Director Brenda Donald, High will not leave her building,, until they provide her and her daughters with two side-by-side apartments in another Park Morton building — one for her and Amarissa, 7, and one for A’Tira, 22.

“​​If you want this redevelopment to move forward without any complications, you’ll make that apartment happen, otherwise, I will remain right here,” High said in the email sent Dec. 4 and provided to The Wash.

High fears if she leaves Park Morton, she will not be guaranteed the right to return there — or to the new Bruce Monroe site.

Currently, DCHA Resolution 16-06 outlines residents’ right to return to any new community development after completion. High said she believes this is subject to change because of how long the development has taken and how many changes have been made in past years. Even if people have the option to move back, High doubts they will want to because of how much time has passed.

Earlene Grasty is one such resident. Grasty lived in Park Morton for 24 years before being “vouchered out” for the redevelopment to move forward. She now lives with her husband in the Southeast and said she would not move back unless necessary.

“I want to move forward. I don’t want to go backwards,” Grasty said. “It’s going to look beautiful if they keep their word, do what they’ve got to do, but God in control of that.”

Grasty, like High, said she missed her neighbors and her community, but too much time had passed for her to consider moving again.

Wray has been working with the project since he joined the ANC in 2018, but he agreed the project ultimately took too long to gain traction.

Wray said the development will only be further delayed if people without knowledge of history got involved. The lawsuit in 2017, he said, came from neighbors who felt the Bruce Monroe building would detract from the park and negatively affect the neighborhood, without fully understanding the importance of the property.

“We’ve got to find ways to make this process a lot faster, so that the people who were actually involved in those meetings and those discussions are still here when the building starts to go vertical because they remember, and they know why we were doing this,” Wray said. 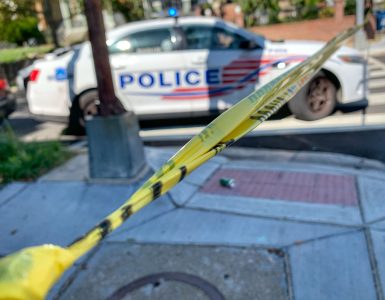 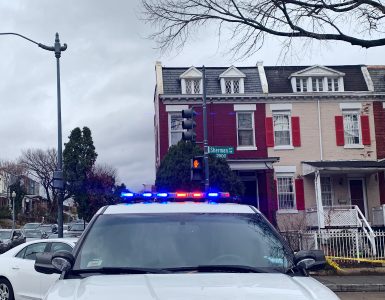