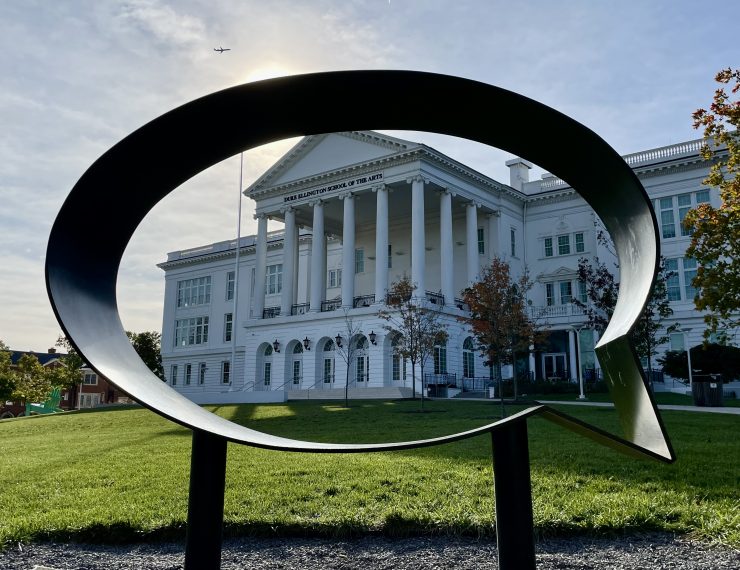 On Friday, November 12, the Duke Ellington School of the Arts in Georgetown officially broke its month-long silence about the controversy surrounding famed alumni, Dave Chappelle.

In an official statement posted to their website, the school praises the fundraising efforts of Chappelle over the years, stating Chappelle has “personally donated or raised millions of dollars to address the school’s chronic under-funding.”

The school was set to rename its 800-seat theater in Chappelle’s name later this month. However, they have decided to push-back the ceremony until April 22, 2022, stating scheduling conflicts from Chappelle.

In regards to “The Closer,” Chappelle’s Netflix special that garnered national attention due its controversial contents, the school states they are “leaning into this moment as a community.”

Throughout “The Closer,” Chappelle verbally lambasts members of the LGBTQ+ community for almost an hour, which is a community widely represented in the student body of the Duke Ellington School of the Arts.

The school claims to have engaged in “listening sessions” with the students and has allowed space for “diverse viewpoints.” The school states it will use Chappelle’s latest works as an impetus to expand its Social Studies curriculum to include political activism, civic engagement, arts activism, and the intersections of race, gender, and sexuality.

The Duke Ellington School of the Arts prides itself on being a diverse and inclusive educational center for young artists throughout the District of Columbia.

“Our objective is to uplift conversations around artistic freedom and artistic responsibility,” the statement reads.

Earlier this week, The Wash published a report about the administration’s mishandling of the controversy. Several parents at the Duke Ellington School of the Arts, whose names were withheld from the report to protect their families, expressed concerns over the special’s contents and how it has affected their children.

One of the parents in that report has read the school’s statement and feels that it is not enough.

“I find the preemptive framing of the issues problematic. The students are better allies for each other across gender and racial identity lines than the adults who are hardening those divisions,” said the parent.

Whether Chappelle himself will engage with the students he champions has yet to be determined.