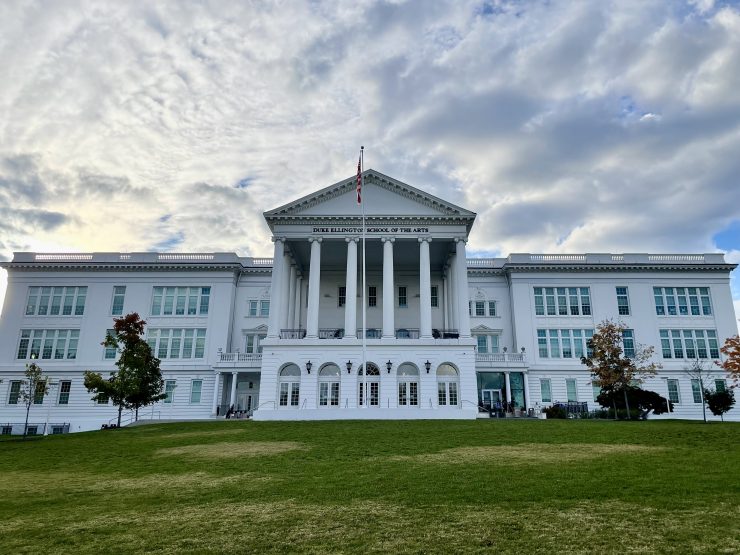 The comedian Dave Chappelle is one of the greatest fundraisers for his alma mater, the Duke Ellington School of the Arts. But the school administration has remained silent amid the scandal surrounding Chappelle’s recent comedy special, shutting parents and students out.

The Duke Ellington School of the Arts in Georgetown is the only public school in the District of Columbia to offer a pre-college education combined with immersive arts training. It is also the alma mater of famed comedian Dave Chappelle, who recently steeped the school in controversy with the release of his new Netflix special, “The Closer.”

Chappelle premiered the comedy special in his hometown of Washginton, D.C. as a fundraising event for the Duke Ellington School of the Arts, where big donors contributed to the Ellington Fund, a charitable arm of the school that makes up for funding not provided by the D.C. Public School System. It was also announced at the event that the school would later honor Chappelle by renaming its historic theater in his name. However, all this took place before the special hit Netflix and reached a wider audience. Since then, a nationwide debate has risen over the special’s contents.

Throughout more than half of the 70-minute special, Chappelle wielded joke after joke at the expense of the LGBTQ+ community, which is a community widely represented in the student body of the Duke Ellington School of the Arts.

He joked about being transphobic and argued that White LGBTQ+ people have over-sensitized the community. Chappelle yearned for a time when “Stonewall gays” dominated the community, but what he failed to understand is that a Black trans woman was one of the prominent figures in the Stonewall Riots of 1969.

The Wash spoke with several parents of Duke Ellington students about the controversy and how it has affected their children. This publication agreed to withhold the parents’ names to protect the privacy of their families.

One mother of a bisexual student said her son returned home from school one day and told her that he and his friends had discussed Dave Chappelle over their lunch break, where one of his friends was visibly upset about Chappelle’s relentless jokes.

“My priority was making sure that my son was okay and his feelings were okay,” the parent told The Wash.

She said despite the students being “very fluid” about gender issues, the school administration made no effort to contact parents or offer guidance to students amid the controversy surrounding Chappelle, leaving her alone to navigate a delicate conversation with her son.

Chappelle has championed the students of Duke Ellington School of the Arts since early in his lauded career through financial support, routine visits and even donating his 2017 Emmy award to the school. Chappelle got his start in comedy after graduating from the school in 1991. The students remained starstruck by Chappelle’s celebrity and generosity over the years. However, his obsession with making fun of the LGBTQ+ community has altered Chappelle’s image in the eyes of some students and parents alike.

“Everyone deserves respect,” the parent with a son at the school said. “And if you don’t like someone because of their sexuality, everything doesn’t need to be said. Keep it to yourself.”

And yet, despite being disappointed by Chappelle’s brand of comedy and the school’s inability to communicate with students and parents, she said the school should not reject Chappelle’s fundraising efforts.

In 2017, the school completed a three-year renovation project that went $100 million over budget. The renovation resulted in new performance spaces, including an 800-seat theater and smaller black box theater, as well as dance studios, art studios and vocal labs.

“This money is used for the betterment of the school so these kids can have what they need to grow. Even though this is a public school, they get limited money from D.C., and everything else has to be raised,” the parent said.

Another mother of a recent graduate said the school is reliant on the Ellington Fund.

“It would be hurting the students to turn that money away, in a way that they may not realize right now,” she said.

But she also could not deny the toll that the controversy has taken on the students.

“He was a real hero at the school, and now he’s a pariah,” she said of Chappelle.

The parent told The Wash that the student population is “so openly out on gender issues” that it is hard for her to imagine being a parent at Duke Ellington and not talking about the controversy. But she still receives emails from SHADE, the Duke Ellington parent and teacher association, and none of the emails mention the fallout among students that resulted from Chappelle’s special.

“If I was in a position to do something about this, I would have Chappelle come in and listen to the students. I think if someone did a facilitated closed door with him, that would probably change him,” she said.

Administrators at the Duke Ellington School of the Arts did not respond to repeated requests for comment and interviews from The Wash over the past two weeks.

Mark Chalfant, the artistic executive director for the Washington Improv Theater (WIT), said comedy has gone through a reckoning over the last decade about what it means to  punch-up and punch-down and who’s the target.

The WIT takes a strong anti-oppressive and anti-racist approach to their comedy and actively works to create an inclusive atmosphere in their classroom spaces and performance venues.

“If people are talking to you and telling you they feel targeted by your comedy, then I think you need to listen to them and not sort of avoid dialogue or just double down on your own attitude,” Chalfant said.

Chalfant has not seen “The Closer,” but he is familiar with Chappelle’s work and his association with the Duke Ellington School of  the Arts.

“The trajectory of his career, and what he’s managed to achieve, I think is hugely important as a sort of example of what’s possible. And I think you can celebrate that, and name your theater after this person, and still manage to have an open dialogue. I don’t think you have to gloss over the flaws in somebody’s career,” Chalfant said.

Many of Chappelle’s jokes in “The Closer” are pointed toward the transgender community, where he pokes fun at the physicality and lifestyle of trans people for laughs.

At Netflix in California, staffers staged a walkout in response to the streaming giant’s support of Chappelle.

A spokesperson for Netflix sent an email statement to The  Wash, stating: “We recognize the hurt and pain caused to our trans colleagues over the last few weeks. But we want to make clear that Netflix has not taken any action against employees for either speaking up or walking out.”

However, a transgender employee was suspended for releasing private financial information concerning Chappelle’s association with Netflix.

But not all members of the LGBTQ+ community are up in arms over the comedy special.

Mia Mason, a U.S veteran and the first transgender congressional nominee for the state of Maryland, said her interpretation of “The Closer” was that Chappelle is going through his own transitional phase.

She said Chappelle took the time to educate himself about the LGBTQ+ community and that he was exploring that education on stage in the best way he knows how, through comedy.

“Even with the walkout at Netflix and everything else, it’s kind of an over-censorship. But at least this person is giving his video autobiography of his life’s lessons, and it’s up to us to understand that this is part of his transition and this is how comedians do it,” she said.

Mason said Chappelle’s comedy allows for the LGBTQ+ community to reflect upon itself and grow stronger in it’s fight for equality.

“For me, it’s a reimagination of my life in Dave Chappelle’s shoes, because I got to see where he made his mistakes, why he’s still making his mistakes, and what he can do to help others from his mistakes,” she said.

Mason, who is an advocate for equality rights, said the Duke Ellington School of the Arts could benefit from hearing her voice and her interpretation of the Chappelle special. 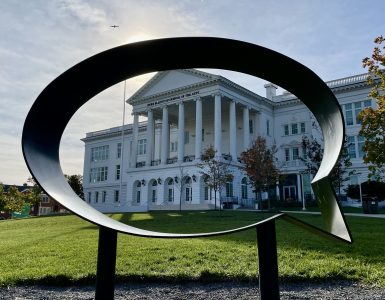 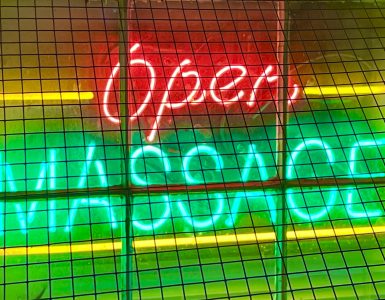 Business owners in Georgetown are working to save their neon signs as local representatives seek to remove them. 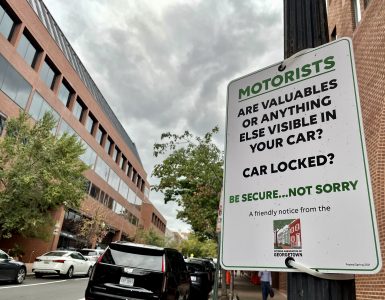