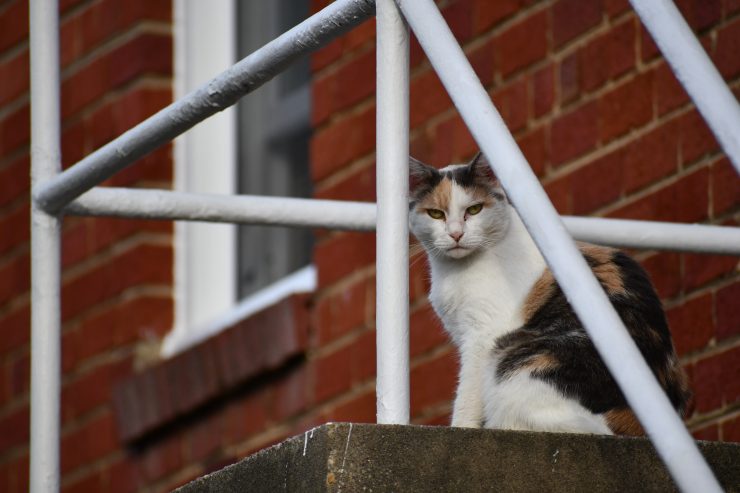 Benji, a Norfolk terrier mix, used to enjoy long walks with his owner to the post office past the 700 block of Sheridan Street in Hyattsville, Maryland.

That is, until the cats attacked.

“There was this one particular cat, this gray and black striped tabby that was more aggressive,” Benji’s owner Kim Parker said. “I kicked him and he didn’t pay me attention. He still kept coming.”

Parker said she scooped up Benji and ran off, with the cats chasing behind.  “It was really scary,” Parker said.

The cat that chased Benji and Parker that day was one of a growing colony that seems to be ruling the 700 block of Sheridan Street. Interviews with several neighbors reveal a host of nuisances: cats using their lawns as litter boxes, cats patrolling the sidewalks and cats attacking multiple dogs, and people too. Neighbors also say they have a feeling as to why the cats are sticking around — one person among them continues to feed them.

The gang of cats has proven to be a greater threat in recent months.

Elizabeth Lacchab and her dachshund Flynn were attacked by three cats on their way to the dog park in late August. “He was screaming because he was so scared,” Lacchab said. “We wore the wrong colors onto their sidewalk.” The cats ran at Flynn, but Lacchab put herself in between them.

“I have really ugly scars on my leg now,” Lacchab said. “It’s still sore. They got me really good.”

Lacchab said her dog has developed a fear of cats since the incident. “If Flynn sees a cat in his peripheral vision — he’s a baby — I have to pick him up because he freezes and won’t move.”

Lacchab has made a full recovery, now sporting battle scars from Sheridan Street. “I know this is serious, but I can’t help but keep laughing at the absurdity of this whole thing,” Lacchab said. “Delinquent cats on the loose in D.C.”

County policies and an advocat’s advice

Christina Simms visits the dog park with her daughter and their two dogs, MooMoo and Oreo. Simms said it is common for residents of the area to let their pets, particularly cats, roam freely outdoors.

The Prince George’s County Code suggests feral cats are often euthanized. The code also prohibits the trap, neuter and release method (TNR) for anyone other than the property owner, posing a roadblock to rescue organizations.

Montgomery County Code, where the cats on Sheridan Street often wander into, permits licensed and tagged cats to wander outdoors. But the statute does not permit cats to stray onto or defecate on private property without permission.

Animal caretakers are responsible for their outdoor cats regardless if they have a license for ownership. Montgomery County defines an owner as anyone that feeds or provides shelter for an animal, even temporarily.

Tip Me Fredrick is a non-profit organization that secures low-cost veterinary services for caretakers of feral and free roaming cats in Maryland. The organization seeks to educate people about community cats, alter and vaccinate stray cats, and return them to their colonies. Rehoming is the last resort if the cat colony is in an unsafe location.

Barbara Wratten of Tip Me Frederick said when the organization is alerted of an unaltered cat colony, the priority is to find the caretaker. “We let them know for sure that we’re not trying to hurt the cats or take them away,” Wratten said. “We’re just trying to get them spayed or neutered and vaccinated.”

The cats of Sheridan Street have never been to a veterinarian, according to neighbors. “With cats attacking people, it’s extremely important that we get them vaccinated,” Wratten said.

One to rule them all

The cats’ caretaker on the 700 block of Sheridan Street is Tamika Rudder.

Rudder said she feeds the stray cats of Sheridan Street every day. She also provides toys and bedding on her front porch.

The cats are not spayed or neutered. “Inky, the little black one, is on her second pregnancy,” Rudder said. Neighbors become frustrated when the cats have more litters, according to Rudder.

Inky’s mother Nebby continuously drops off her kittens at Rudder’s home when they reach three months of age. “They know it’s a safe place,” Rudder said.

Rudder said she previously tried to trap some of the cats but was unaware of nearby organizations that would assist her. “I would be interested in that,” Rudder said.

Wratten said it is not typical behavior of feral cats to attack on sight. “They have probably been injured by a dog,” Wratten said. “A dog probably got over there and attacked some cats. So now they’re sensitive to any dog.”

Rudder said there used to be renters in the house across the street that allowed their pitbull to roam off-leash outside. “He was up in everybody’s yards,” Rudder said. “He would stare you down.”

The presence of the dog was a violation of the rental agreement according to Rudder. She believes the dog is no longer living there. 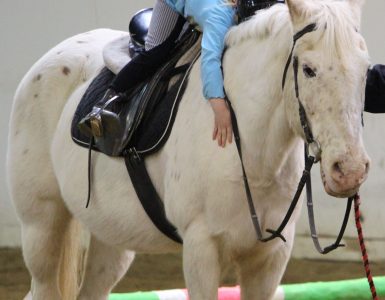 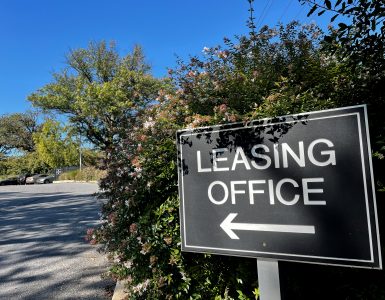 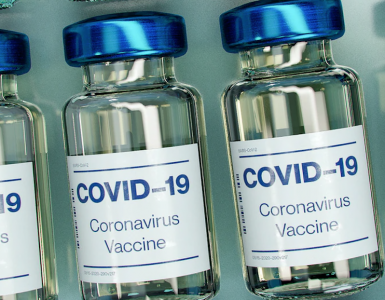