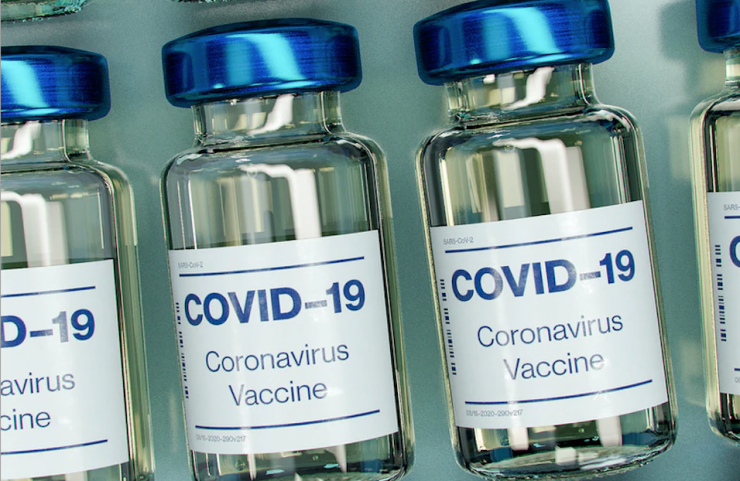 Maryland is set to receive 155,000 doses of coronavirus vaccine but needs to vaccinate over 320,000 frontline healthcare workers, according to Governor Larry Hogan.

Officials prioritized 855,580 people in various high risk groups in the Maryland COVID-19 Vaccination Plan, including 322,380 healthcare workers and 41260 first responders. The plan, which was made public in October, says officials will also prioritize people in prisons, the elderly and those with underlying conditions that place them at “significantly higher risk” of contracting COVID-19.

“We’re asking for patience. The good news is the cavalry is on the way, there’s a light at the end of the tunnel,” Hogan said in a Good Morning America interview on Thursday. “But we’ve still got some pain to go through before we get this under control.”

One pain for government officials is convincing Americans that the vaccines are safe to take. Even though the vaccine is close to approval in the U.S., many Americans remain skeptical.

However, new research estimates that vaccine acceptance in the U.S. has increased to 63% from a low of 50% in September. Part of public distrust concerning the vaccine stems from a lack of trust in Trump and the comments he has made about the vaccine.

Hogan said he was concerned that a change in administration will affect the efficiency of vaccine distribution plans, but is reassured now that the Biden administration is being included in Operation Warpspeed conversations.

“There can be no politics in this vaccine,” he said.

Studies show that Black and Latino communities are especially hesitant to trust the vaccine, partially due to the historical use of African-Americans for involuntary medical experimentation and forced sterilization.

Hucker said in an interview that county officials have been working to increase trust in medical initiatives for years, giving them valuable experience to promote confidence in COVID vaccines.

The Maryland Department of Health is developing a comprehensive communication plan, including social media campaigns and public service announcements, according to MDH spokesperson Charles Gischlar. The state is also partnering with employers to encourage their employees to get vaccinated.

“The primary goal of our vaccine awareness campaign is to communicate the safety, effectiveness, phased-in delivery and importance of the vaccine to all Marylanders and to effectively communicate with every county and demographic in the state,” Hogan said in a statement.

Hogan said at least 70% or more need to get vaccinated in order for things to get back to normal.

It is a start

As state officials work on increasing vaccine acceptance, the federal government is focused on vaccine approval and nationwide distribution.

Pfizer and Moderna both applied for regulatory clearance by the FDA in November and are awaiting approval for distribution in the U.S. The FDA confirmed the safety and effectiveness of Pfizer’s vaccine on Dec. 8, while Moderna waits for trials to corroborate its 90% efficacy.

Pfizer has already been approved for distribution in the U.K., which became the first country to administer the vaccines Tuesday. Among the group of first volunteers was a man named William Shakespeare and a 91-year-old woman who told CNN she was excited at the prospect of seeing her family again.

“Although this is not a large number, it is a start,” Gischlar said.

The governor will livestream a press conference on Facebook Tuesday at 4 p.m. to discuss vaccine acceptance and distribution plans.