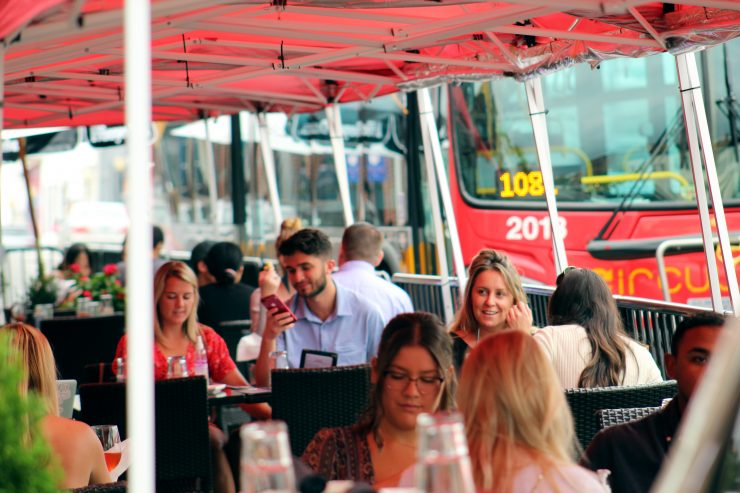 Washington D.C. Mayor Muriel Bowser introduced the Slow Streets Initiative this summer in an effort to make it safer for pedestrians to navigate streets while social distancing.

The initiative lowered the speed limit to 15 mph and restricted car entry to local traffic only on 27 streets across the city. None of the selected streets are in Georgetown, which one resident called a “failure by the city.”

Topher Matthews, who has lived in Georgetown for 17 years, questions the city’s decision to exclude the neighborhood from the initiative considering the amount of foot traffic in the neighborhood. Though Matthews said he’s heard that the city has been exploring adding Georgetown’s N and Water Streets to the initiative, nothing has been formalized.

“Again, it’s almost October,” Matthews said. “The amount of foot-dragging by the administration is truly astounding.”

Neither Bowser’s office nor the District Department of Transportation, which oversees the initiative, responded to The Wash’s request for comment on the status of implementing Slow Streets in Georgetown.

The idea of the initiative is to “support neighborhood-based safe social distancing while walking, running, or cycling,” according to a May press release from Bowser’s office. The Slow Streets initiative will be in place for the duration of the coronavirus pandemic.

Matthews said when the pandemic first began, there was hardly anyone driving on the streets. “It was like a ghost town. Now, it’s the opposite of that,” Mathews told The Wash. “The opportunity to make stakeouts of space while the driving wasn’t there has passed.”

It will be more difficult, “beating back the driver behavior that has already emerged again,” he said.

‘You could feel the wind’

Several restaurants throughout Georgetown have set up on-street dining in response to the coronavirus. Matthews noted that Slow Streets would also help create a better environment for on-street eating.

Erin Fastel, who had just finished a meal at Good Stuff Eatery’s on-street dining area, agreed. Fastel said the passing cars on M Street were close enough that “you could feel the wind” from them.

“It’s been a little stressful just sitting here,” Fastel said. “Drivers are being more aggressive than they should be with the amount of people out.”

Fastel said the city should consider making M Street single-laned so that cars can’t speed up to pass each other.

Meanwhile, Alena Sydnor, who was visiting Georgetown for the first time since March, wants the city to consider lowering the speed limit from 25 to 15 mph on M Street. The speed limit mandated by Slow Streets is 15 mph.

However, since M street has several bus routes, it would not be eligible for the initiative, per the department of transportation’s guidelines.

Mayor Bowser took another step toward slowing drivers down this summer when she lowered the speed limit from 25 to 20 mph on most streets throughout the district. But this move excluded major commuting corridors, such as Wisconsin Ave.

A little more than 5% of pedestrians who are struck by a vehicle traveling 20 mph die, according to the National Highway Traffic Safety Administration. The chance of death increases to 40 percent when a vehicle is traveling 30 mph.

Sydnor, who lives across the river in Arlington, said she was “overwhelmed” by the amount of car and foot traffic in Georgetown.

“Sometimes when you try to cross the street, it’s a little tricky,” Sydnor said. “You might have the right-of-way as the pedestrian, but drivers might not care.”

Sydnor said as a pedestrian, “you just have to be cautious — more cautious than I really want to be just walking across the street.”

The DC Council passed “Vision Zero” legislation last week aimed at decreasing the overall number of traffic injuries and fatalities in the city. So far this year, 29 people have been killed in traffic crashes compared to 16 this time last year, according to MPD. 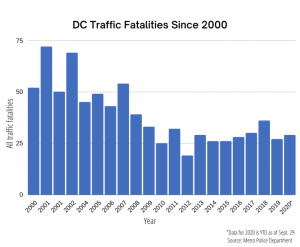 The legislation, which still has to be signed into law by Bowser, would implement several measures for pedestrian safety, such as requiring sidewalks to be built on both sides of a street and banning right turns on red lights on streets with heavy pedestrian traffic.

Matthews said the legislation is a “move in the right direction, but at the very top is reluctance from the mayor’s office to actually move aggressively to reconfigures the streets in a way that prioritizes pedestrians and non-motorized vehicles instead of trying to get as many commuters in and out of the city as fast as possible every day.” 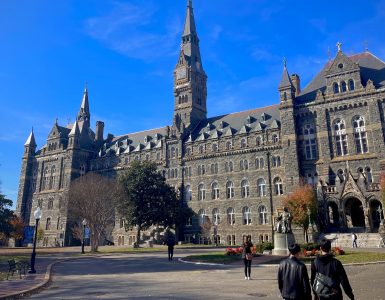 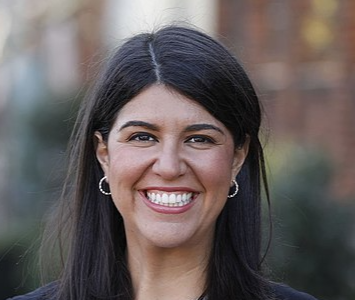 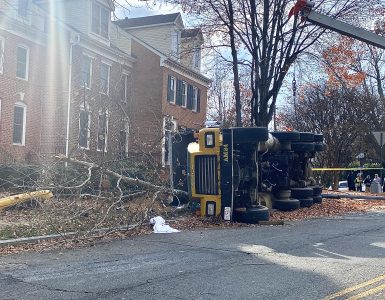