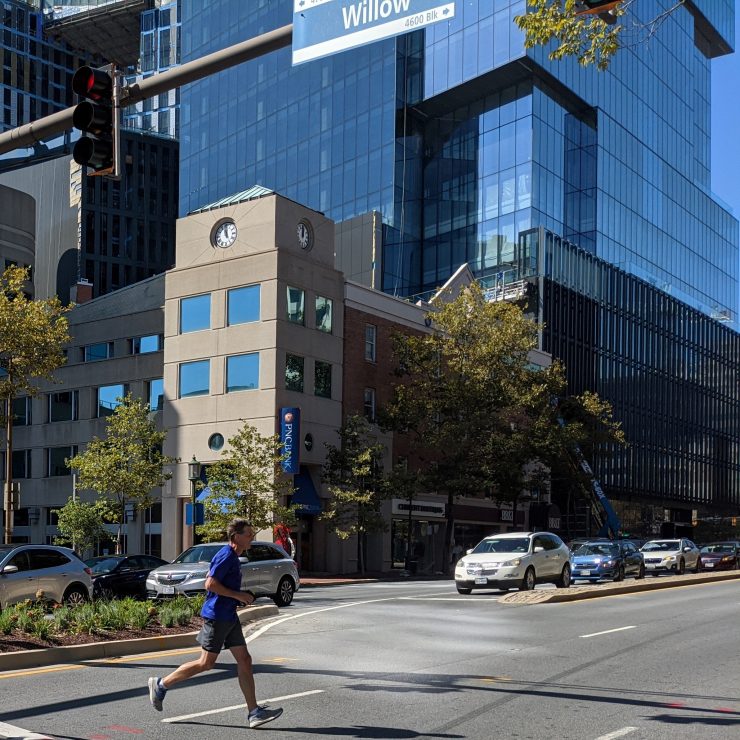 Bethesda is home to fierce athletic competitors, some on the international stage, and others just challenging a friend. A difficulty for everyone in the “new normal” of 2020 though is keeping spirits high, staying focused, and motivated.

William B. Reynolds is a track and endurance sports athlete. He runs over 25 miles a week, acts as an ambassador for multiple veteran athlete programs, and runs his own consulting business.

He also has his left leg amputated above the knee.

In 2004 while he was in Baghdad, Iraq as an infantry officer, a command-detonated IED caused Reynolds catastrophic injuries. His wounds to his left arm and leg were severed. His left leg was eventually amputated in 2013.

Reynolds calls it naivety, but he says it never occurred to him to stop doing what he always had.

He acted as the team captain for the Invictus Games in 2016 and has continued to be a track and endurance-sport powerhouse in adaptive sports. This year has seen so many cancellations though, Reynolds said it’s been difficult even for him.

“It’s been frustrating,” he said, especially noting the Boston Marathon; “This was going to be the first year that Boston was going to have a para category and I know a couple of guys that were going to race that, so that was disappointing when it didn’t happen.”

Mike Wardian is a professional athlete that holds the time record, or Fastest Known Time, for several Montgomery County trails. He runs ultra-races in places like the Sahara Desert, Mont Blanc, France, and even the North Pole. He holds the fastest marathon dressed as Spider-Man and as Elvis but also set the world record for a marathon on each continent, in seven days. That record included a marathon across the cold permafrost of Antarctica.

Even with such vast experience to pull from Mike Wardian is encountering some of the same challenges we’re all struggling with.

The pandemic has affected not only his race and project schedule but the way that he trains.

“I haven’t run with my training partners that I’ve been training with for 20 years since March because it’s just a little too sketchy,” Wardian said, “I really miss the community.”

“There’s nothing like having someone breathing down your neck in a race and pushing you in real life,” said Wardian.

Athletes across the spectrum have been encountering that same thing; disappointment.

Bernard Kelly is a local runner and coach for the Montgomery County Road Runners Club.

“I think the rolling cancellations hitting the traditional fall marathons have had a demoralizing effect,” said Kelly, “The result was a steady drip-drip-drip of one cancellation after another, which might have been more demoralizing than if the authorities had just said ‘no more races until 2021.’”

He talked about runners in the community having to change the way they look at races and how they prepare, balancing high-mileage training with transitioning to more of a maintenance level to stay fit.

Tools for the “New Normal”

Staying fit is a challenge all three of these athletes talked about meeting head on, discussing how they need to socially distance has forced runners to adapt.

Wardian has been impressed with how much the community has risen to the challenge of staying motivated while staying distanced.

“I think it’s kinda been a pretty innovating time,” he said, noting that he’s even gotten into the development himself with the virtual Cannonball Run, a virtual foot race across the U.S., from New York to California.

Kelly helped the Montgomery Club create races with an actual course, as opposed to metrics only based runs. It lets participants upload their GPS files and compare their times with just that extra step of having run the same ground.

“Some running friends … put together a challenging (perhaps too challenging!) Virtual Boston course along the Rock Creek Trail that a bunch of us ran last weekend.” he said. Kelly talked about it helping to motivate him that someone else was keeping track and knowing when he actually had finished the distance.

Reynolds has also capitalized on the virtual aspect of competition during these times. A small group of para-athletes he’s a part of are all planning to run the virtual Army 10-miler, in a show of support.

“You have to find ways to make things work. We’ve actually been doing afternoon sessions with my kids because they run track and do endurance sports, so that’s been good.” Reynolds said.

Wardian agreed, “It gives me more time to be with my family and connect with them.”

The group echoes a theme that many local athletes have responded to and while the larger community might not be available in-person, finding community closer to home, or even just on the phone in your pocket, can make a world of difference. 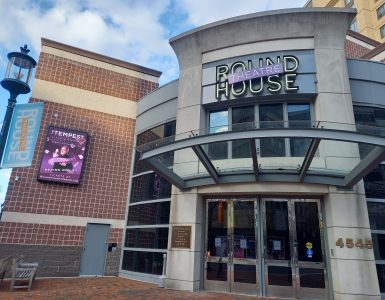 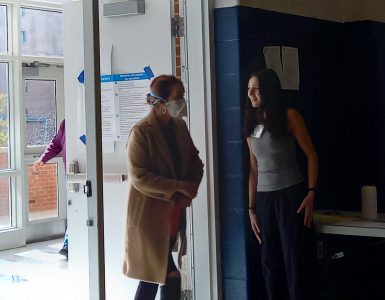 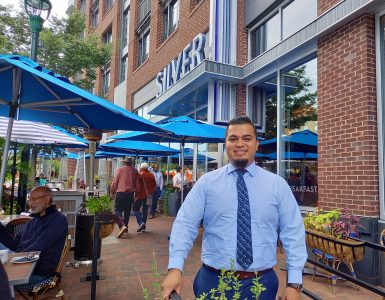