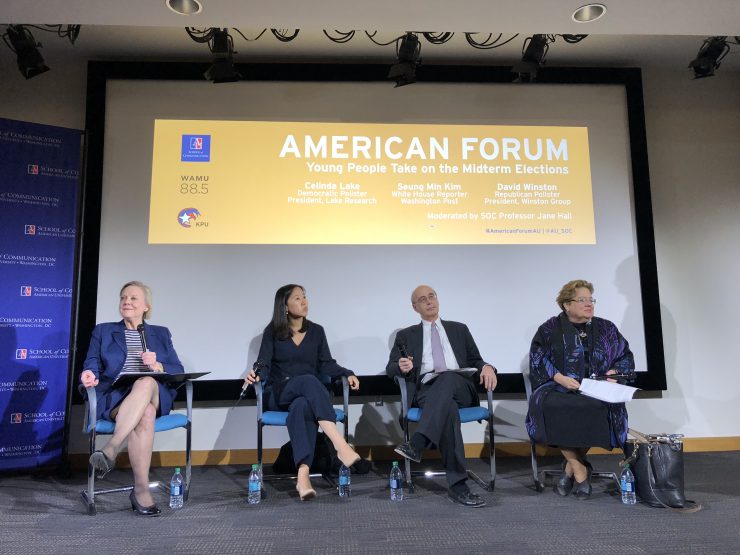 Millennial voters have been the subject of countless polls, think-pieces and campaign advertising. But will they turn out to vote? Local chapters of College Republicans and College Democrats are helping college students navigate that voting process.

On any given day, millennial voters are either turning out in record-breaking numbers or struggling to mail in absentee ballots because they don’t know where to buy stamps.

A dichotomy not all too surprising, according to David Winston, a Republican pollster and president of the Winston Group. Engaging in the voting process is not intuitive for young people but a learned behavior, Winston said speaking at American University’s American Forum.

"Reaching you and getting you to pick up the damn phone." @celindalake on the struggles pollsters face to reach millennials.

A problem across party lines and demographics as landlines disappear, @dhwinston agrees. "The methodology is going to evolve." #AmericanForumAU

In search of stamps

A recent WTOP article found young voters were failing to return their absentee ballots because they didn’t know where to buy stamps. The internet mocking followed soon after.

But navigating the absentee ballot system, with strict requirements and deadlines for each state, is one of the biggest barriers for college-aged voters, according to Bridget Anzano.

“It makes it harder if you’re not super passionate about politics,” said Anzano, president of George Washington University’s chapter of College Democrats.

Anzano, a sophomore and first-time voter herself, provided stamps and tips to students throughout the months leading up to the midterms.

Anzano and her Republican counterpart at George Washington University (GW), Cole Perry, worked to organize voter-information drives and handout stamps. Older members of the GW College Republicans partnered with younger members to help them understand their state’s absentee ballot system, according to Perry, the chair of the student group.

“Whether they align Democrat or Republican, we don’t care. We just want them to be engaged in the political process,” Perry said.

With the majority of college voters attending colleges out of state, helping students understand the absentee ballot process is a key part to encouraging political activity. Even if that means directing millennials to the nearest post office.

“I get texts all the time asking if I have stamps,” said Marie Erickson, president of Catholic University of America’s chapter of College Democrats.

As the midterms become more heated this year and a record-breaking voter turnout is expected, a similar energy is felt on college campuses.

“Everyone seems pretty energized and I think that’s because people don’t know what the results are going to be,” said Perry, a senior at GW.

But for many college campuses, the aftershocks of the 2016 election are still felt. The results are motivating many young people, who decided not to vote or were too young to vote, to engage in the midterm elections.

“People realized in 2016 that elections really do matter. People feel more of an obligation to vote even if they are in a safer district,” Anzano said.

This energy has caused many college students to seek out membership in the politically active organizations on campus. Catholic University of America’s chapter of College Democrats’ average meeting turnout increased from 30 students in 2017 to 53 students this year, according to Erickson, a junior.

For many young voters, the midterm election is their first opportunity to vote.

“Students are worried about their future. Many of them have realized that there is more at stake with this election than any of them before,” said Griffin Namin, a junior with Catholic University of America’s College Republicans.

As views on immigration, gun control, abortion rights and climate change continue to fall sharply along political lines, young voters are left feeling disappointed by a lack of action, according to multiple students.

“Everyone is very frustrated by the political climate, which is a daily motivator to get active,” Erickson said.

Whether Republican or Democrat, one issue stands out among college students.

“Gun control is a really big issue for our organization,” Anzano said. “It has a lot to do with Parkland which happened last year, when this incoming group of freshman were in high school.”

“GW has a big Jewish population and a lot of people felt connected to the Tree of Life shooting,” Perry said, referencing the mass-shooting at the Pittsburgh synagogue that left 11 dead. “Conservative students are pushing back on those students who think there needs to be a little more gun control,” Perry said.

As voting booths close Tuesday evening, a new round of post-midterm polling data, think-pieces and presidential hopefuls will continue to dissect how to capture the millennial vote in 2020.

“Everyone hears: This is the most important election of our lifetime. But we heard that in 2016, and I heard it in 2012,” Perry said. 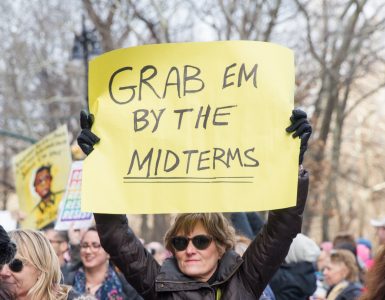 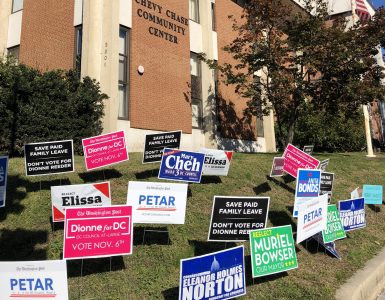