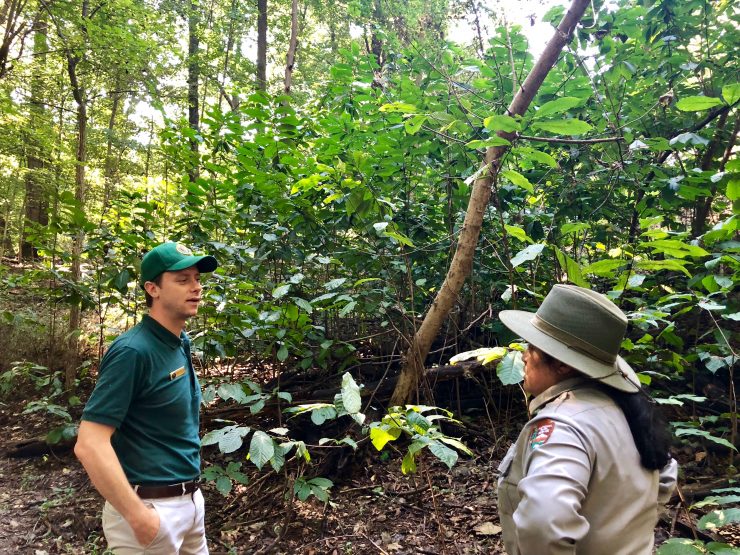 Volunteers in Rock Creek Park found themselves deep in the weeds on Columbus Day; literally. One bee sting and a snake sighting later, volunteers high-fived after a long day of digging up unwanted plants and weeds throughout the park. Their fearless leader, a Peruvian botanist, led the brigade. The battle at hand? Protecting the national park from unwanted invaders.

Invasive, non-native plants pose a huge threat to the natural makeup of the Rock Creek Park. The Weed Warriors are people who have recognized these threats to the park and want to do something about it.

Ana Chuquin, the botanist for Rock Creek Park, runs the Weed Warriors Program. Non-native species have been making their way into the park since the late 1950s, Chuquin said. And over the years, the park has been doing more and more to help combat the issue.

The Weed Warrior program started more than ten years ago. The idea, Chuquin said, is to involve the community to help them. Just as people can “adopt a highway,” this program allows volunteers to adopt certain areas of the park to protect. Volunteers can either select an area they are passionate about protecting or defer to the park experts to assign them a particular area.

Chuquin said Weed Warriors are more than just volunteers — they are committed workers. To become a Weed Warrior, volunteers must complete a two-day training on plant identification and protection. Then they receive a permit, which gives them Weed Warrior eligibility and allows them to work without park ranger supervision.

While the program is volunteer driven, Chuquin says the park still needs to supervise.

“You really have to go and take a look at the places, not because we want to be overprotective but because the park is such a visited park and it’s in the middle of the city,” Chuquin said. “We really have to know who’s doing what in the park.”

Each Weed Warrior agrees to perform at least 36 hours of work in their designated area. Chuquin said a lot of these Weed Warriors don’t do a little — they do a lot. Right now, there are about 60 Weed Warriors working in Rock Creek Park. The park became one of the earliest federally managed parks in 1890 and is now home to over 200 invasive plant species.

“We have all sorts of vegetation, native vegetation to protect,” Chuquin said.  “Going from the ground up from fords, grasses, and most importantly our upper, higher really old canopy which are millions of trees that are mostly native to this area and date back at least 100  to 150 years.” 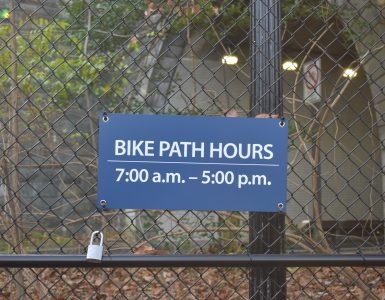