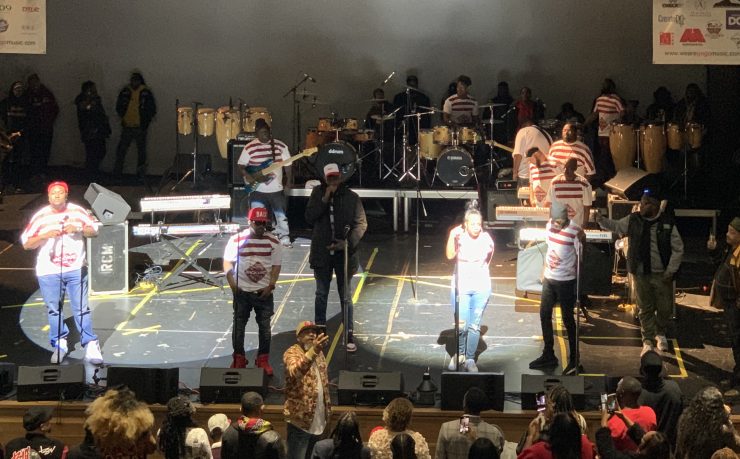 Imagine you are standing in a dimly lit venue captured by the electricity of bass drums and horns, and melodiously distinct voices permeating through a loud microphone.

The sound reminds you of jazz, funk, hip-hop, gospel, and blues but all in a single genre. The energy of people dancing beside you is both entertaining and contagious.

You are not in New Orleans, or in Memphis, but in the nation’s capital where Go-go is both a musical genre, and a lifestyle.

Last month, Mayor Muriel Bower proclaimed the week of November 17-23 as Go-go Awareness Week while presenting an award at the 2019 Go-Go Awards held at Ballou Senior High School in Southeast.

“This is our sound of the city, this is an indigenous sound to Washington, D.C.,” Bowser said. “It is more than a music genre. It is a movement and a way of life.”

In June, a D.C. city council member introduced legislation to make Go-go the official music of the city. The bill would do more than just recognize the genre but also deepen the appreciation of the culture and people who have called the city home for generations.

“To me, and so many other native Washingtonians, Go-go music has become so much more than just a musical genre,” said Council member Kenyan McDuffie, D-Ward 5, who introduced the Go-Go Official Music of the District of Columbia Designation Act of 2019. “It codifies into law that Go-go will never be muted in the District of Columbia.”

The Wash checked and the council has still not officially voted on the resolution, but the thought behind it has been a rallying cry for organizations like Don’t Mute DC.

Don’t Mute DC movement fired up earlier this year when Go-go music, played out of a notable store in the Shaw neighborhood, fell silent after new residents complained about the loudness. The silence sparked a series of demonstrations from local bands and community residents for weeks.

Organizers of the movement and other community activists have named gentrification to be one of the main reasons for the attempts to silence Go-go.

On October 30, city council members invited 46 witnesses from around the city to support the bill introduced by McDuffie and to testify on behalf of Go-go music and the people who live it.

Witnesses at the hearing said the passage of the bill would do more than just allow the music to be played in airports, restaurants, in schools, and on radio stations, but would force the city to pay closer attention to the inequalities among native Washingtonians.

“As we’ve seen D.C. have the most intense gentrification in our country, there’s a need to, just like the music, preserve and protect the natives who participate in the culture,” said Tony Lewis, Jr.

A notable figure in the D.C. community, Lewis works to raise awareness of the impacts of mass incarceration and advocate for resources for returning citizens.

He was one of the witnesses to testify before the council and said the bill would also allow Washingtonians to “educate” and “teach” newcomers to the city about the music and ways of life of residents.

Ronald Moten has been at the forefront of the Don’t Mute DC movement since April, however his fight to make sure Black Washingtonians have equity in the city is not a new passion.

“I’ve been dealing with this for decades. This is nothing new for me,” Moten said.

As a community organizer and activist in the city Moten was already helping another store owner in Northwest battling gentrification when he got a call about Metro PCS in April – which Moten called “the boiling point.”

“This [movement] didn’t just start with Don’t Mute DC, it’s something we’ve been fighting for a minute,” Moten said. “Everybody said ‘this shit is real, we have to stand up, and can’t keep acting like it won’t be me next.’”

According to a 2019 study by the National Community Reinvestment Coalition, nearly 20,000 black Washingtonians were displaced by mostly white affluent newcomers between 2000-2013.

The district as a whole has some of the highest rates of low-income residents being pushed out of their homes in the country, according to researchers.

In Southeast neighborhoods, like Congress Heights and Anacostia, housing prices have doubled in the past five years.

In 1995, Moten rallied Go-go bands, students and residents in the city to protest the actions of the formerly known District of Columbia Financial Control Board, which would override key decisions by the D.C. mayor and city council to assist residents.

“Policy is what helped create this mess, so it’s gonna be policy and action to help slow it down,” Moten said.

Most city council members seem to support the bill, however there is more discussion needed to find ways to finance it. The bill would require financial changes and more programs to assist people in the city.

Council member McDuffie’s office did not respond to a request from The Wash for comment on the Go-go resolution status.

Leader of the infamous Go-go band, Backyard Band, Anwan “Big G” Glover, also testified before the D.C. Council and shared the stories of his siblings and friends who have lost their lives to violence in the city, and how his involvement with Go-go music was a means of survival for him.

In an interview with The Wash, Glover said Go-go culture was something people just had to “see for themselves,” and the passage of the bill would allow people to have more of an appreciation of the culture.

“We’ve been fighting for this for so long,” said Glover. “There’s a lot of out-of-towners that are open to the music, they just didn’t know about it or didn’t understand it.”

Backyard Band, also known as the “Bad Boys of Go-Go” was formed by Glover and other members in the early 1990s and has since been one of the main bands spreading the genre in other parts of the country and the world.

According to Glover, the band has worked with rappers Snoop Dogg and Wale on different songs, and more collaborations with mainstream artists would bring even more attention to the music and cultural impacts of Go-Go.

“[The] Don’t Mute DC movement brought so much awareness to the situation, and I’m glad that it happened because now, people worldwide are thinking about it,” Glover said. 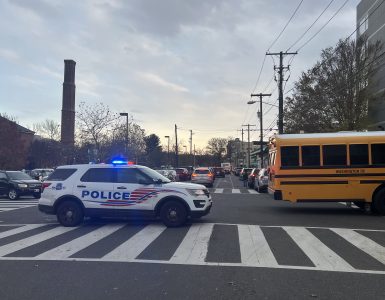 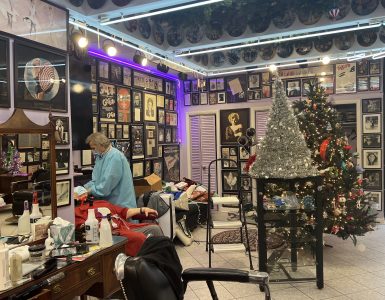 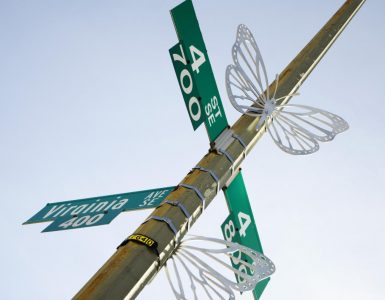