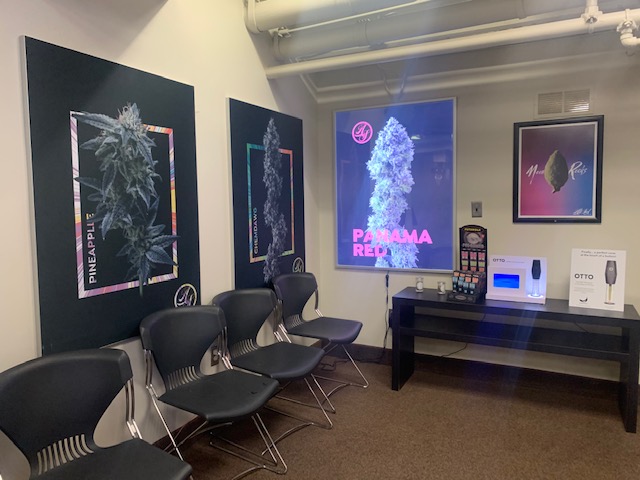 It was day before Thanksgiving and cannabis dispensary National Holistic Healing Center in Dupont Circle was abuzz serving throngs of customers before it closed early at 3 p.m. for the holiday.

Jonathan Reed has been a medical cannabis patient for two years.

“It helped me get out of depression. I completely stopped drinking,” Reed told The Wash after making a purchase.

The Center is one of seven medical cannabis dispensaries in Washington DC serving over 6,000 registered patients, according to DC Health. Medical patients from out-of-state can use their card at DC dispensaries as well.

On Tuesday, the DC Council passed an emergency resolution concerning cannabis plant count limits. Cultivators, the companies that grow and produce cannabis products, are currently limited to growing 1000 plants at a time. The resolution still requires the mayor’s signature.

The legislation was initially introduced in November by Council members Vincent Gray and David Grosso.

“I am excited to move this piece of legislation forward today. The district’s medical marijuana industry needs to be able to grow,” Gray said.

The resolution indicates that plant counts were originally implemented to “protect the medical marijuana program from interference with the federal government” but language from the federal budget now prohibits interference from the Department of Justice. Removing the plant count will allow cultivators to grow according the market demand.

“Patients have asked us to get rid of this outdated plant count limit,” Grosso said. He said that many patients seek certain strains and that the plant count limit unnecessarily create shortages.

Michael Bobo, co-owner of National Holistic Center, told The Wash he couldn’t agree more. He said eliminating the plant count will allow them to have products on a more consistent basis.

“It gives them opportunity to do research and create innovative products,” Bobo said.

Roy Jones, an out-of-state patient from Maryland, said that prices are high in DC and that is because of the plant count limits for growers.

“In Maryland you can buy in bulk. Unlike DC, every other block has a dispensary. The competition is there and that also drives prices down,” Jones said.

However, not everyone agrees with eliminating plant count limits.

Pickett said that when DC legalized cannabis, it limited the industry to seven dispensary licenses and 10 cultivator licenses, of which two remain unused.

“If there were more cultivators that would create competition,” Pickett said, who is lobbying the mayor for one of the two remaining cultivator licenses.

The Wash reached out to DC Health to inquire about Pickett’s concerns. It said that the production of medical cannabis currently “far exceeds the demand” and that applications are not being accepted at this time.

DC Health indicated that it will “open the application period for cultivator centers registration when the demand is close to the production.”

The cannabis industry has proven to be lucrative. Forbes Magazine indicated that the DC cannabis industry has raked in $17.7 million so far, which is a proportionally high considering the small size – 68 square miles – of the city compared to a large state like Minnesota, which has made $9.6 million.

Cannabis remains illegal at the federal level as a Schedule I Drug.