Homeowners in historic districts are a step closer to permission for solar panels on their roofs, after the Office of Planning released new proposed sustainability guidelines on Tuesday.

The mayor’s office released a new guide for sustainability in older and historic buildings, after the Department of Energy and Environment advocated for solar panels on the many houses designated as historic in the District.

Historic buildings need solar panels in order for the city to meet its clean energy goals, according to program director Yesenia Rivera of Solar United Neighbors.

We need to see “climate preservation as historic preservation,” because if climate change destroys our way of life, there won’t be anything left to preserve, Rivera said.

If we all do a little bit, no one has to do a whole lot.

Mayor Muriel Bowser released a proposed sustainability guide for older and historic buildings today after collaborating with the Department of Energy and the Environment (DOEE). The goal is to improve the energy efficiency of historic buildings while “respecting the importance of historic preservation,” according to a press release issued today by the Office of Planning.

Find out if you live in a historic building here.

A consultant was hired by the DOEE to develop the first draft of the guide, and the Office of Planning and the Department of Consumer and Regulatory Affairs worked to edit and update the document through several drafts since 2017.

The guide must be approved by the Historic Preservation Review Board, and they are set to discuss it during their meeting on December 19.

In the past, the Historic Preservation Review Board has disqualified many residents for solar panel eligibility in the District because their homes are designated as having historic value, especially those participating in the Solar for All program.

The Solar for All program through the Department of Energy and the Environment is working to provide solar electricity to 100,000 low-income households to reduce their energy bills by 50% by 2032.

“If we all do a little bit, no one has to do a whole lot” to cut greenhouse gas emissions, said Pierre Nicholson, a resident of Ward 7 in the Solar for All program.

After receiving ANC approval, and spending months trying to obtain the permit, denial from the Preservation board is frustrating for residents who could be saving money on their electricity bill, or even generating income through the energy they produce for the city.

If the Preservation board does approve it, the requirements it sets on house owners makes the project no longer feasible for effective energy saving, Rivera said.

For example, the Preservation board can limit the number of solar panels on historic roofs to the point where there is no sense in even having them anymore, Rivera said.

In a recent case she handled with Solar United Neighbors, a house in Anacostia was disqualified because the District government was afraid it would impact the aesthetic of the area. But the houses surrounding the client were falling apart and vacant, Rivera said.

It is also frustrating because solar panels would lower the client’s electricity bill by $500-$600 per year.

And through Solar United Neighbors, residents own the installed solar panels and stand to make $12,000 to $13,000 in federal tax credit for energy production after five years.

Nicholson installed 36 solar panels on his roof with Rivera’s help in October 2018. He said he loves helping to save the earth, as well as the credit he has with Pepco.

“I continually make more energy than I use, so I can’t imagine ever getting a bill,” Nicholson told The Wash.

He uses a website called SunPower to track how much energy, crude oil and gasoline he is saving by switching to solar. To date, he has saved 8.2 tons of emissions.

District resident LaToya Smith’s electricity bill is $15 per month now that she has solar panels. After she made the transition, two of her neighbors and her godmother followed suit.

“It makes life easier, and I’m contributing to so many things like protecting the environment,” Smith said.

With the Solar for All program, residents have their panels installed for free and reap the economic benefits.

“It’s how to democratize clean energy, since solar panels are a luxury,” Smith said. Her panels produce pollution-free energy for her and the surrounding buildings, since they are part of the power network.

Beyond economic benefits, solar panels also have health benefits for the community. Solar energy does not create pollution, which means better respiratory health.

But some residents have complained that they don’t want to be able to see the solar panels from the street, or even alleyways. If the panels are a couple of inches visible, the homeowner can be fined from $4,000 to $5,000.

The new guide proposed by the mayor’s office would allow for solar panels on front facing, sloped roofs if they are “compatibly designed with low-profile panels set flush with and in a complementary color with the roof,” according to the press release.

The Office of Planning confirmed with The Wash that the typical black solar panels would be considered complementary in color to a black shingled roof under the proposed guide.

Federal buildings in Capitol Hill run into even more difficulties, as they have to go through another government agency for approval, and the guidelines are even more strict.

But historic buildings exist across all eight wards, affecting all income levels.

For a non-historic building, it takes about three weeks to get permission for solar panels. For historic buildings, getting approval can take months. The ANC of the ward needs to approve it along with the Preservation board.

The solar panel itself takes half a day to two days to install, according to Rivera.

Solar United Neighbors and other groups in the DC Climate Coalition, an alliance of the District’s leading environmental organizations, are advocating for the D.C. Council to get involved.

Lara Levison, a volunteer for the Sierra Club, said the Clean Energy DC Act, passed last year, is one of the most progressive laws in the country. It calls for 100% renewable electricity by 2032.

Energy efficiency is the “best climate policy you’ve never heard of,” Levison said, because it has incredible potential to curb climate change.

With about 75% of the District’s energy use in buildings, solar panels on more homes could have a major impact.

In order to meet the 10% solar energy requirement, Rivera said the District needs to use every roof it can. Her strategy is to build a strong coalition to urge the D.C. Council to take action, and she encourages other residents to do so as well.

But residents in the District have other options for clean energy if their roof is inaccessible for solar panels, or if they can’t afford the installation. Companies like CleanChoice Energy source clean energy from nearby solar farms and deliver it to people’s homes, to help them cut their emissions.

Their community solar program utilizes space on the top of commercial buildings, and residents can subscribe to these solar power sources, making clean energy easier to access. Subscribers also save on their energy bill through credits with the utility company.

John Olivieri, director of public relations and community relations at CleanChoice Energy, said that since the District is already behind its goal for clean energy this year, “the simpler and easier we make it for folks, the better.”

Later this month, environmental advocates like Rivera and Levison will meet with DC Attorney General Karl Racine, after he met with the Sierra Club a few weeks ago.

Levinson said the Sierra Club would like to see the attorney general and the mayor more involved in the issue, especially since the federal tax credits for solar will decrease from 30% next year after Republicans in Congress worked to ramp it down.

“They can influence the agencies more effectively, and I don’t see them weighing in the way they could,” Levison said.

According to Levison, the District can face the climate crisis in a way that is respectful of historic building preservation, but the priority should be on clean energy. 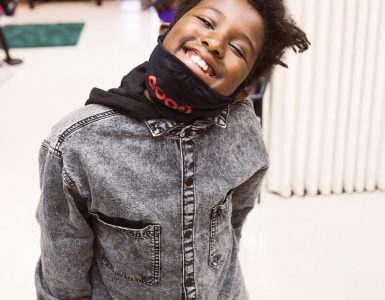