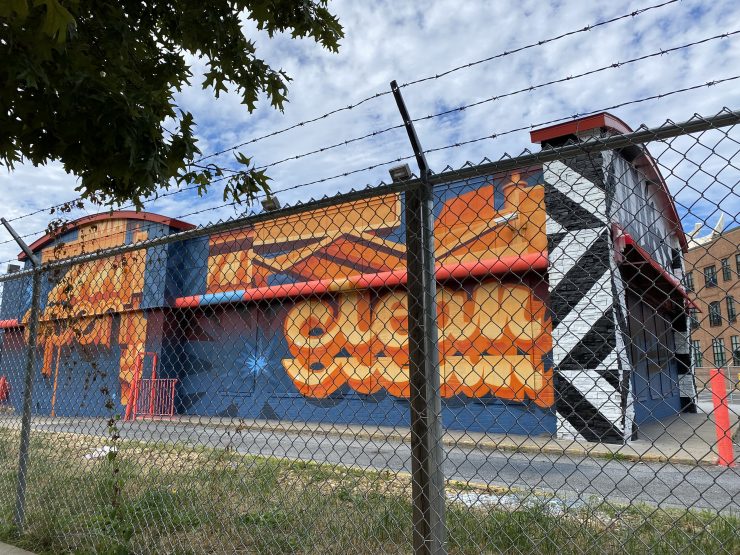 A small crowd gathered at Alethia Tanner Park on a Saturday afternoon. They’d come for the ‘D.C. Walls Mural Tour’ – the final event in the week-long mural festival.

The location on the tickets was vague and soon a nervous chatter built. Until, the booming voice of Kelly Towles cut through the noise.

Towles, a local artist and the director of the famed ‘D.C. Walls,’ an annual mural festival in NoMa since 2016, was the leader of the Saturday walk.

His instructions for the walk, from the Metropolitan Branch Trail (MBT) to the NoMa-Gallaudet metro stop, were simple – just shout out any questions.

A few murals in, a voice in the crowd asked Towles, “Is there a wall you’ve always wanted to paint?”

The answer came after a few more stops on the walk when Towles pointed at the former Wendy’s at the heart of the notorious “Dave Thomas” ­­––in tribute to the founder of Wendy’s­­––triad of roads.

The former fast-food joint had been a fixture in the neighborhood since the mid-1980s. But it served up its last burger a year ago on Sept. 30, 2021.

It was acquired by the District government for more than $13 million under eminent domain last year and is due to be torn down early 2023 to make the intersection safer for both drivers and pedestrians.

In its place, will be a community space, according to designs by the District Department of Transportation (DDOT).

And at its one-year anniversary of being shut down, it has been revamped from an eyesore into a mural bonanza covering every wall.

But painting murals on public walls or spaces in neighborhoods don’t just require loads of paint, skill, and an ability to operate a forklift.

You also need approvals. From whom?

“Everyone,” said Towles on the walk.

Getting approval from the NoMa Business Improvement District (BID) and the District Department of Transportation, who now own the building, came surprisingly easy.

“How cool would it be to make this (the former Wendy’s) a real focal point for the festival this year and bring some life into this space as a signal of what’s to come,” said Maura Brophy, president of the NoMa BID.

LA-based artists TRAV and Emjay were the chosen two by Towles for the mammoth task.

“He reached out to me a few months ago… [and said] he had something kind of special to show me,” said TRAV.

It was the perfect canvas for TRAV who’s entire work “pays homage to brick-and-mortar retail spaces.”

Nine days were all it took to change the drab walls of a shuttered outfit into a 360-degree mural covered by patterns, bursts of orange, and shades of blue.

But all that effort for it to only be torn in a few months? TRAV is no stranger to it.

His mural work for the festival in 2017 was eventually brought down for the construction of the CitizenM Hotel on First Street in NoMa. This time around, he stayed there while completing the new mural.

But even in its evolution, TRAV still got the full “Dave Thomas circle” experience.

“It was like constantly people in traffic yelling, what’s this going to be?” he said. “We saw a couple accidents. Oh, my God.”

For Brophy, the ever-changing murals on the buildings is also a reminder to the residents in NoMa that change is coming for the neighborhood.

“I often compare NoMa to neighborhoods like Downtown, Golden Triangle, Georgetown, and say that compared to those neighborhoods, NoMa is still a teenager and growing into what it’s going to become,” she said. “It’s still forming its identity.”

Since taking over in 2021, Brophy and the BID have leaned into creating and curating an artistic identity for NoMa. Apart from the murals, installations and artsy pole banners pepper the streets.

The residents and even the new businesses coming in are buying into the idea.

Brophy said that newer buildings in the neighborhood are commissioning artists to paint on their walls to add to NoMa’s art scene.

“I think it gets people talking. It allows people to see their city differently,” said Melissa Arne.

Arne, who bikes to and from work, said she stops by the murals at Alethia Tanner Park in the mornings and takes in how the paint catches in the early-morning sunshine.

For Genevieve and Jeremy Kozne, enjoying the art on the walls is a perk while walking Quill Kozne, their 4-year-old Golden Retriever.

It’s also a sign of how much NoMa’s changed since they moved in over three years ago.

“We were in the first wave of people changing the neighborhood. And it’s continued to change with time,” said Jeremy Kozne. 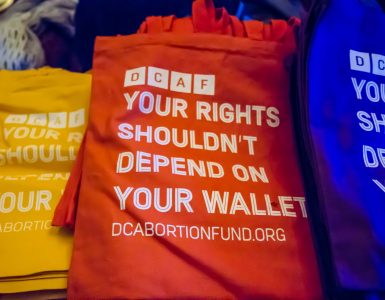 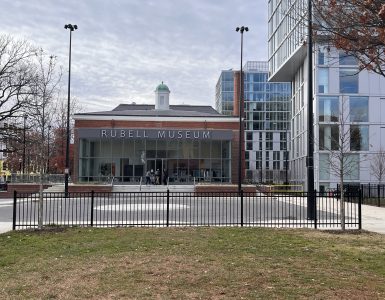 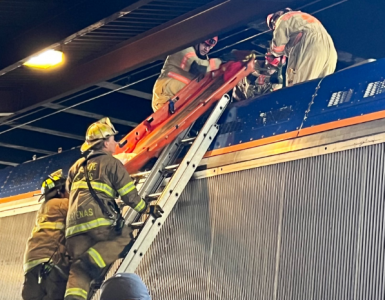