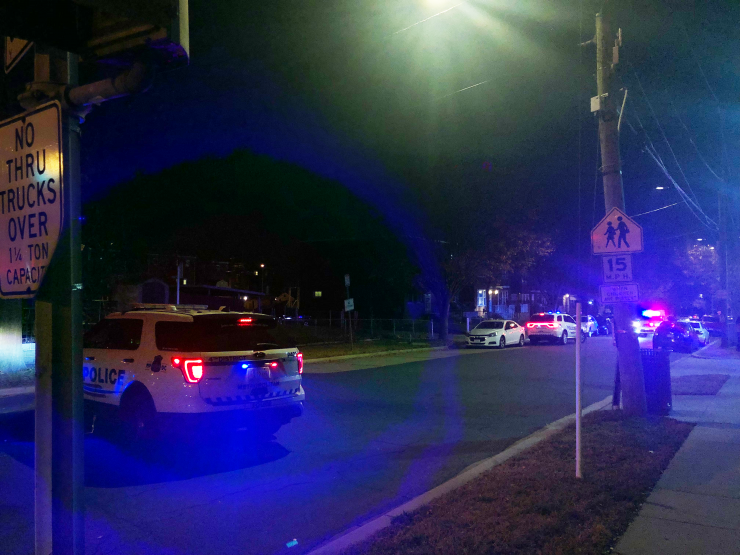 Two victims shot near a playground in Fort Totten

Witnesses said shootings are not uncommon in their neighborhood.

Metropolitan Police are looking for a black car used in a drive-by shooting last night. Two men were shot around dusk near a community center while local neighborhood kids were playing soccer.

Kenney Henson, a witness at the scene, said he was inside working when he heard gunshots.

Henson, who works for Kinder Construction company, said he was working on renovating a bathroom in one of the local homes on Riggs road when he heard the gunshots. He said he knew he had to stay inside.

MPD stated that the dangerous weapon assault took place at approximately 6:09 p.m Thursday in the 500 block of Nicholson Street NE.

Throughout the evening and into daylight this morning, the police updated The Wash on the shooting details.

In an email to The Wash this morning, MPD stated there were two victims, one adult male and one juvenile male. Both were transported to local hospitals for treatment of their suffered gunshot wounds.

Last night the Metropolitan Police got the call about the shooting at 6:14 p.m, according to a Police Information Officer from MPD.

Police and EMS released medical information on one of the victims last night, but not the other.

MPD said the adult male victim was conscious and breathing when police arrived on the scene and then transported to an area hospital.

A spokesperson for the Fire Department and EMS said the adult male victim was transported to an area hospital priority one, which he said means at the very least serious and or life-threatening injuries.

The shooting took place on the block of Nicholson Street NE near the soccer field at Riggs LaSalle Recreation Center. Immediately following the shooting, the police tweeted out that they were on the lookout for a black vehicle fleeing the crime scene.

While police were on the scene investigating, the kids continued with their soccer game, seemingly unfazed.

A witness on the scene said that shootings are not uncommon in their neighborhood.

The witness asked The Wash not to publish her name for fear of being targeted.

Neighborhood residents said shootings are an occurrence that happens relatively often in their neighborhood near Nicholson Street NE.

The police cleared the scene around 7:15 p.m., an hour after the incident, but patrol cars continued to circle the area.