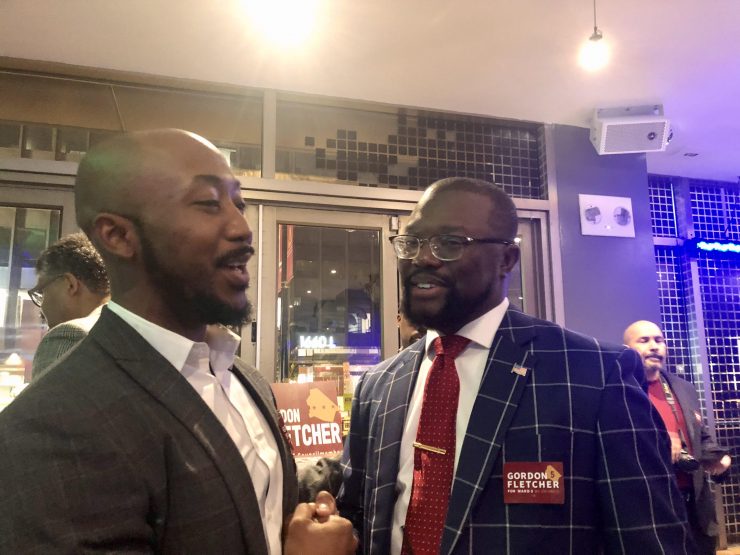 Attendees at Ward 5 Council candidate Gordon Fletcher’s meet and greet are worried about the changes they see in the ward and across the city.

“I feel like it just changed overnight,” said Danny Gibson, a native Washingtonian and Ward 5 resident.

Ward 5 is the second-fastest growing ward in the District, according to 2020 Census data. Its population grew 20.3% over the last 10 years. Much of that growth can be attributed to the increase in housing developments across the ward.

“I’m okay with diversity, that’s great. What I’m not okay with is the displacement of native Washingtonians,” Fletcher said.

Fletcher was born in Jamaica, raised in New York and has lived in D.C. for the last 20 years. He said these facts make him uniquely qualified to help unify an increasingly diverse ward.

Gibson said she was especially concerned about elderly Ward 5 residents being pushed out of their homes.

“They’re being pushed out, people who have lived here for 30 years,” Gibson said.

One of Fletcher’s goals as councilmember would be to expand affordable housing, especially three- and four-bedroom apartments.

“The last time there was a rent control home was in 1975. We need newer buildings that can fall under rent control,” Fletcher said.

Ward 5 also has the greatest proportion of senior residents, according to the D.C. Office of Planning.

Fletcher has experience addressing housing for seniors. As an ANC commissioner, Fletcher helped relocate more than 100 seniors into new housing. However, the new apartments were not large enough to accommodate seniors who wanted to live with their families and initially required residents to pay for parking.

“Seniors are a linchpin of the campaign,” said Juan Ulloa, Fletcher’s campaign manager.

Ulloa said Fletcher’s work for seniors and other constituents are part of what drew him to join Fletcher’s campaign.

“When Ward 5 was under a boil water advisory, he was out there handing out cases of water. When seniors have issues about where they’re going to live, he’s out there making sure they’re getting taken care of,” Ulloa said.

Other attendees said education was top of mind.

“I just want to make sure that we have a council member that truly supports the values and the beliefs of the school system,” said William Blake, assistant director of Redesign for D.C. Public Schools. “As of right now, he definitely is. He’s who I put my money behind.”

Throughout the event, Fletcher highlighted diversity and unity.

“That means making sure that residents that just moved here six months ago, and residents who have been here for 60 years, both feel comfortable in Ward 5,” Fletcher said.

Part of Fletcher’s efforts to unify the ward include establishing a festival like H Street Festival, which he said would bring together members of the community who would not otherwise interact.

“Can you imagine a festival for Ward 5, all the different folks who would come out for that? Newer residents, older residents,” Fletcher said.

Fletcher is the youngest candidate in the race so far (the deadline to file to run for office is Dec. 10), in contrast with two other candidates, Harry Thomas Jr. and Vincent Orange, who have each served several terms on council before. Both resigned amid ethics scandals.

One supporter said she would not consider voting for Thomas or Orange. 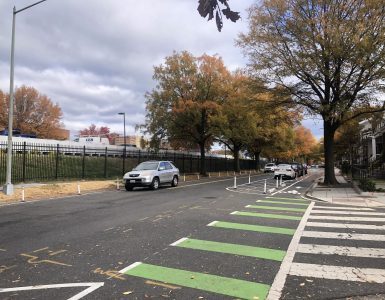