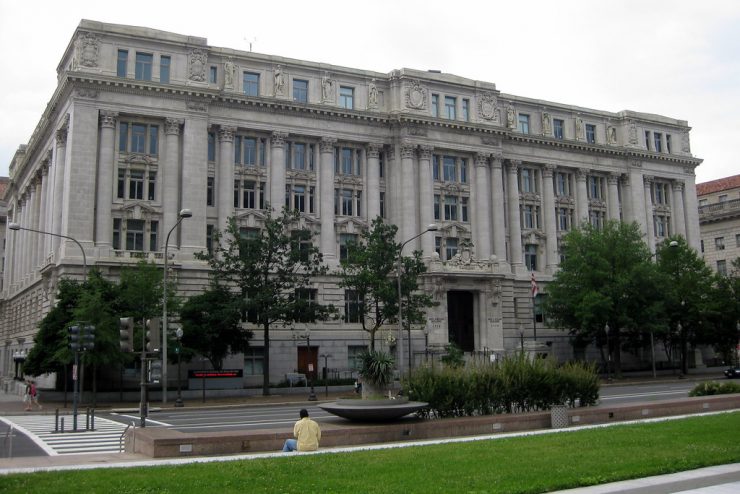 After D.C. Mayor Muriel Bowser named a new director for the Office of LGBTQ Affairs in October, three local LGBTQ+ organizations told The Wash they hope the office prioritizes a wide range of issues, from providing mental health resources to building community relationships.

The appointment of Japer Bowles, a former Adams Morgan neighborhood commissioner, as director follows Sheila Alexander-Reid’s resignation from the role after serving since 2015. The office, founded in 2005, connects LGBTQ+ residents with services and provides grants to community organizations.

June Crenshaw, executive director of the Wanda Alston Foundation, an organization serving unhoused and at-risk LGBTQ+ youth, said the office and its director need to focus on maintaining and strengthening relationships with LGBTQ+ communities in the District.

Leaders of three groups focused on providing support and resources to LGBTQ+ residents in the District spoke to The Wash about what the office should set its sights on.

The Office of LGBTQ Affairs did not respond to multiple requests for comment for this story.

Crenshaw said many young people who come to the foundation are dealing with mental health challenges and many have experienced some form of violence.

“What the mayor’s office of LGBTQ Affairs in my mind should focus on is really bringing to bear the resources of the city of the most vulnerable individuals in the city,” she said. “That is queer youth that are experiencing homelessness.”

She also mentioned mental health challenges, food insecurity and a lack of opportunity for LGBTQ+ residents of color.

Crenshaw said the office’s staff in previous years has been “very connected to the community” and “very much aware and involved with the challenges that some members of our community have always experienced.”

“They were advocates to make sure that the voice of those very vulnerable individuals had access to the mayor and to individuals that were decisionmakers in the city,” she said.

But over the past 10-to-12 years, that’s changed, Crenshaw said.

Crenshaw also said the office’s budget should grow in order to provide more resources to residents.

Crenshaw said she’s looking forward to working with Bowles and hopes that he has an opportunity to continue the work he’s already done working with LGBTQ+ organizations.

Before his appointment, Bowles worked at more than 30 LGBTQ+ businesses and nonprofit organizations, according to the mayor’s office.

“The community is looking forward to his advocacy on what the real needs are of the community,” Crenshaw said.

DeMarc Hickson, executive director of Us Helping Us, an organization providing resources to people living with AIDS, said the office should be more intentional about providing housing, employment and education resources to Black and Latinx communities. Black residents make up nearly 84% of unaccompanied youth experiencing homelessness, according to a 2020 Homeless Youth Census conducted by the District.

“We know that food, shelter and clothing are three of the basic essentials to living a productive and healthy life,” he said.

Hickson said Us Helping Us has partnered with the Office of LGBTQ Affairs, including for conducting HIV testing and providing protective equipment to Ward 7 during the coronavirus pandemic. The office also provided funds for Us Helping Us to develop a mentorship program.

Still, Hickson hopes the office prioritizes offering resources for HIV treatment and prevention. He’s hopeful that, with Bowles at its head, the office will.

Hancie Stokes, spokesperson for SMYAL, an organization offering resources to LGBTQ+ youth, said the office should make housing one of its central focuses, as LGBTQ+ residents are overrepresented among the homeless population.

“That has been included in the budget in the past and it has been a focus of the office, but there’s always room for additional programs and additional funding,” she said.

Stokes added that the high percentage of LGBTQ+ residents experiencing homelessness means that “they could get matched to any number of housing programs in the city.”

Those other housing programs need to be able to have the training and the resources to be able to adequately serve the unique needs of LGBTQ youth who come into those programs,” she said.

Stokes also said the office should prioritize the following issues:

Organizations serving LGBTQ+ residents can apply for grants up to $15,000 from the office.