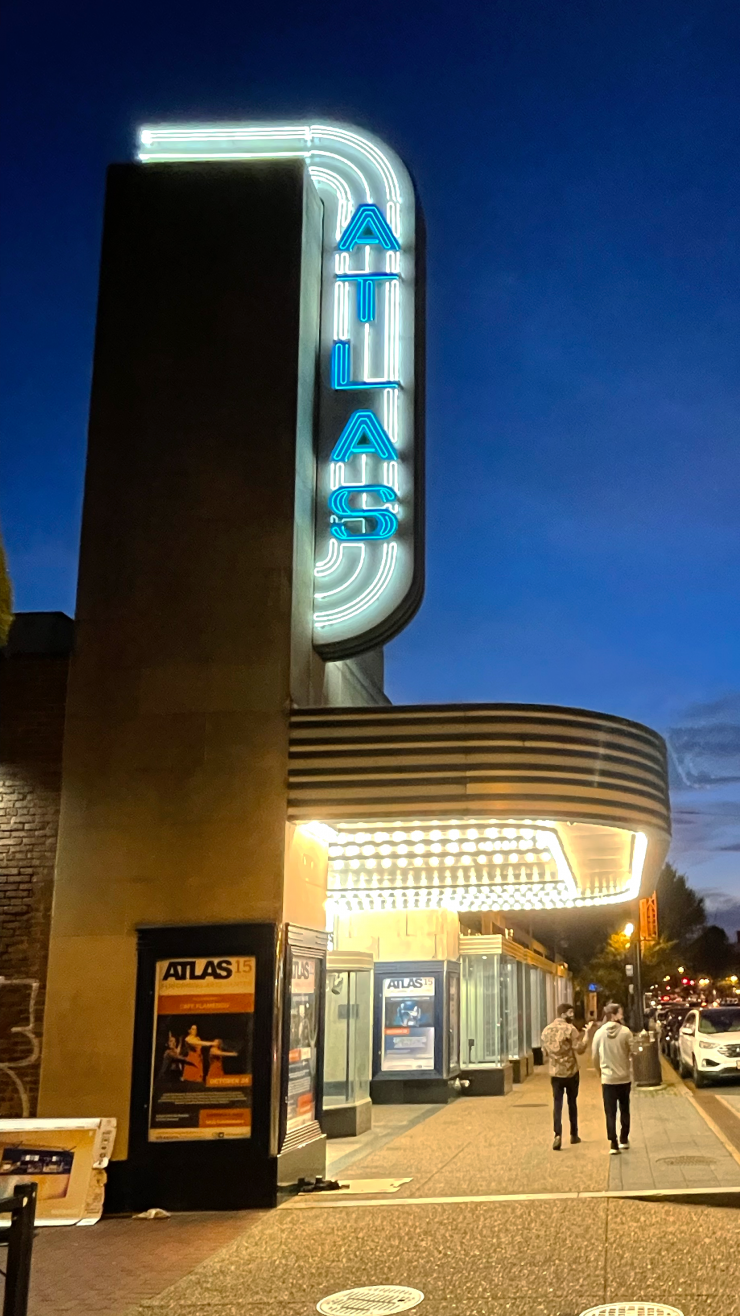 Like other performing arts organizations, H Street’s Atlas Theater suffered major losses during the pandemic. Now, as it launches its fall season, the enduring success of the Atlas will depend on the financial recovery made this season.

After shutting its doors in March of 2020, the Atlas Performing Arts Center launched its 2021-22 season this month with safety and recovery top of mind.

In its third weekend of shows amid the ongoing pandemic, the Atlas presented two performances of its annual Café Flamenco show on Oct. 24 featuring D.C.-based flamenco dance troupe, Furia Flamenca. The cabaret-style show featured four dancers, a live band, and all the theatrics and foot-stomping of traditional flamenco.

Douglas Yeuell, executive director of the Atlas, said over his seven years leading the arts center, he has seen a lot of ups and downs, but in Feb. 2020, it seemed like the Atlas had reached a positive turning point. That month their annual festival was “the most successful festival we ever had financially,” he said. But that feeling didn’t last long.

Like other performing arts organizations, the economic and societal effects of the COVID-19 pandemic hit the Atlas particularly hard. The center closed to the public at the start of the pandemic and in July 2020, the Atlas laid off 30 part-time staff and 10 full-time staff, bringing the entire Atlas staff to a total of just six people.

“That’s an element of tightening our belts, which just allowed us to hunker down and turn all the lights out,” he said. “Saving on utilities every which way we could save in order to sustain us to get to the other side.”

Yeuell said this kind of drastic measure, along with emergency funding from the federal and local government, carried the Atlas to this fall.

Now that the Atlas has reopened, Yeuell said their strategy is to play it, “safe versus sorry.” While planning the fall season, he said his objective was to “do things in a very controlled, contained, smaller way, so that when we do it, we do it right,” he said.

For Yeuell, this strategy means playing it safe both in programming decisions and in the theater’s rules and regulations. Over the summer, the Atlas joined theaters across the D.C. region in an alliance to require proof of vaccination for all audience members and performers at all theater events. Attendees are also required to wear masks during performances.

In addition to being among the Atlas’ first events since the start of the pandemic, Sunday’s Café Flamenco shows were also Furia Flamenco’s first mainstage performances since then. In the week leading up to the shows, Estela Velez De Paredez, dancer and artistic director of Furia Flamenca, said returning to the stage felt “beyond comprehension.”

“It was the most alive I have felt since this whole ordeal started,” she said.

Though excited to be back performing for a live audience, just days before Sunday’s shows, De Paradez expressed concern over ticket sales. “We usually would have been sold out by now,” she said, “we’re not even 50-percent at any one of the shows.”

Ticket sales increased later in the week and by Sunday, the matinee show was sold out and the evening show was about 85% sold. The evening audience may have been smaller, but De Paradez said from the stage Sunday night that they were louder and more generous with their shouts of “olé!” than the afternoon crowd.

For Josephine Hill, marketing manager for the Atlas, this type of connection with the audience is what the H Street NE performing arts center is all about.

“The performing arts are so valuable to the community because not only does it raise morale and build people’s spirit, but it finds another way for us to connect and remember the value of having community,” she said.

With a full season ahead and pandemic precautions in place, Yeuell said he sees a full rebound in Atlas’ future, but a lot will depend on how this season goes and how enthusiastic the performance-going public is.

“We are fine as long as we continue to stay on track with all of our goals and spending and budgetary things,” he said. “It’s a work in progress, but I am hopeful. I am optimistic.”

The Atlas has programmed a full slate of performances for the fall and will soon begin planning their 15th anniversary celebration in the spring of 2022.