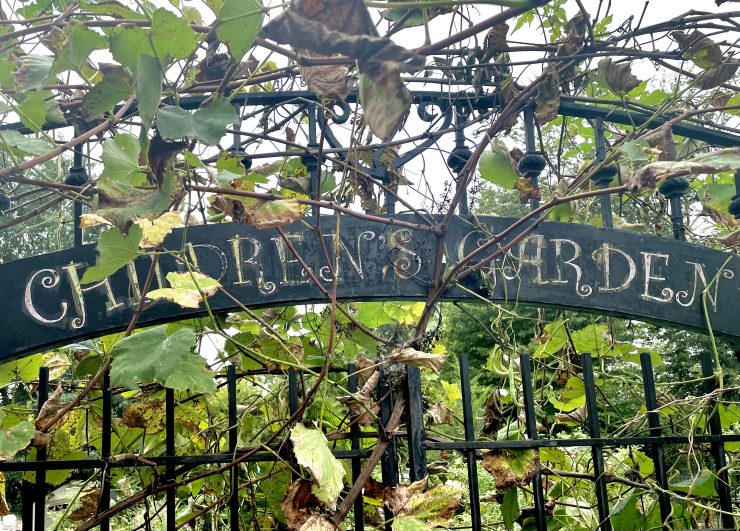 Competing for space in any growing city is a challenge, but the urban agriculture industry has gotten creative and begun to anchor its roots in the nation’s capital.

The concept of urban farming used to be simple: take vacant, unused land and grow locally sourced produce. But in the compact neighborhood Dupont Circle, residents and local farmers are converting unused, unconventional spaces to address the community’s needs.

Devon Dotson, a public affairs specialist with the U.S. Botanical Garden, said interest in the organization’s urban farming programming has been veracious among Washingtonians since the outbreak of COVID-19, and continues to be 18-months into the pandemic.

“People are still interested in this; they’re excited and still wanting to learn,” said Dotson.

The local government has identified between 20 and 30 established urban farms across the District that vary from rooftop gardens to hydroponic farms to microgreen operations, according to Kate Lee, director of D.C.’s Department of Energy and Environment’s Office of Urban Agriculture.

Yet, the true scale of urban agriculture is much higher in Dupont Circle, where community and school gardens play an important role in supporting the neighborhood.

From below, the legal firm Steptoe’s main office in the Dupont Circle neighborhood looks like any other corporate headquarters— but from above, the nine-story building has an entirely different purpose.

The rooftop farm at Steptoe, built and maintained by Up Top Acres, is one of Dupont Circle’s first urban agricultural spaces. Steptoe joins smaller pre-existing sites like the Kalorama community garden and the School Without Walls at Francis Stephens garden in boosting the neighborhood’s green spaces and bolstering food production in the city.

The produce grown on the Steptoe rooftop garden is incorporated into the on-site cafeteria. It goes toward feeding the office’s 600 lawyers, paralegals and support staff, according to Up Top Acres co-Founder Kristof Grina. In addition to providing fresh food for Steptoe employees, the rooftop garden has hosted a number of community workshops that reach Dupont residents about urban agriculture.

The effects of increased vegetation in the city are multipronged. Grina said the additional vegetation slows heavy rainfall by absorbing water that often overwhelms the city’s sewer system— a problem expected to quadruple in Washington over the next 30 years due to climate change.

Grina also said creating more green spaces in neighborhoods like Dupont can prevent the effects of urban heat islands, which occur in communities with large swaths of concrete and asphalt that absorb heat. Residents in these areas can experience temperatures up to 20 degrees hotter than other parts of the city.

Urban agriculture used to be constricted to traditional farming practices, but Dotson says that even compact neighborhoods like Dupont Circle are capable of farming today.

“Almost any space these days can be made into an urban farm,” said Dotson. “It’s almost always better to have those plants than not,” said Dotson.

Advances in technology have allowed for the expansion of urban agriculture and the development of new farming methods, like hydroponic gardening, which involves growing plants without soil entirely.

For Dupont Circle, a congested neighborhood home to over 10,000 residents, the diverse potential and flexibility of urban farming provides an opportunity to help support food insecurity in the community.

More often than not, the greatest challenge for developing urban agriculture isn’t generating interest or setting up the plot, said Dotson. Rather, Dotson said it’s making sure those left in charge know how to garden in an urban environment and have the resources to continue doing, so that’s a challenge.

“Community support for programs like these are really important because those people are ultimately the ones that will take care of these places,” said Dotson.  “If you want to be successful, there’s more than just setting it up.”

Farm failure rates are high across the country, and Dotson said that agricultural education is a key aspect in keeping new urban farms from succumbing to the same fate.

To do so, the community has invested in creating school gardens to educate the city’s youngest. In Dupont, schools like Oyster-Adams Bilingual School and Frances Stephens planted plots of string beans and broccoli maintained and harvested by students.

“There are so many ways you can learn from a garden,” said Lee, whose office works with DCPS to teach students about

sustainable farming. “A lot of kids in the city don’t have access to green spaces, so we’re bringing those green spaces to their schools.”

Of the District’s 229 public and charter schools, 110 are garden-based learning programs, which Lee said will hopefully expand in the coming years.

In educating students about urban agriculture, administrators say lessons on farming and the importance of healthy food don’t stop at the schoolhouse gate.

Families whose children attend Frances Stephens report that their students have brought lessons on urban farming and cooking locally sourced food home, and many have begun planting gardens of their own.

“Urban farming will never feed the entire city,” said Grina, who owns a farm in Dupont. “But it can play a role.”