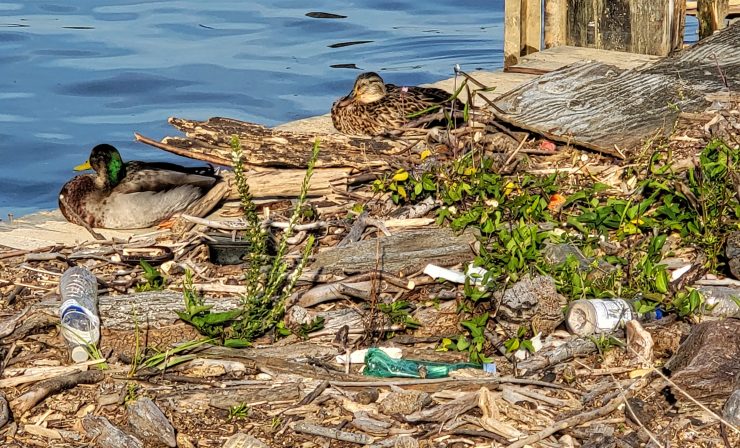 After three Northern Virginia local officials voted in September to adopt a 5-cent plastic bag tax for grocery, convenience and drug stores, questions remain about why the change took so long.

Officials in Alexandria, Arlington and Fairfax County, Virginia, voted for the tax, which goes into effect next year, more than a decade after D.C. implemented the same policy.

Virginia is a Dillon’s Rule state, which means that municipalities in Virginia can only make policy decisions under the directive of the state. In 2020, the state passed a bill that allowed municipalities to tax plastic bags by 5 cents.

Dean Amel, solid waste chair of the Sierra Club’s Potomac River Group, said that despite years of lobbying for environmental policy, it was only recently that things started to change, due to a Democratic majority at the state level in both the House and the Senate.

“The dam finally broke a couple of years ago,” Amel said.

Experts say plastic bag taxes can curb plastic bag usage on the consumer side while also reducing pollution that occurs during the manufacturing process due to a decrease in demand.

Financial reports from the D.C. Office of Tax and Revenue estimated that bag use dropped from an average of 22.5 million bags per month prior to the start of the fee to 3 million bags a month after the fee was imposed.

Additionally, D.C. businesses reported a 50% decline, on average, in the number of bags they purchased.

Although the Virginia legislature passed the bill that allows municipalities to implement this tax, Amel said it fell short of broader changes that he lobbied for, like bans on single-use plastics, such as plastic bags, takeout boxes and straws.

“The law that came out was fairly restricted and all it allows us to do is to put this 5-cent tax on single-use plastic bags at certain types of stores,” Amel said.

The collected tax revenue will be used for environmental cleanup, environmental educational programs, mitigating pollution and providing reusable bags to recipients of the Supplemental Nutrition Assistance Program (SNAP) or the Women, Infants, and Children program (WIC).

Rachel Karasik, a policy associate with the Nicholas Institute for Environmental Policy, said these kinds of plastic bag taxes may have some equity implications.

“I know that New York City has a more equitable policy in which folks who are on SNAP and WIC don’t have to comply with the taxes,” Karasik said.

Karasik is responsible for updating and maintaining the Plastic Policy Inventory, a searchable online database of plastic policy documents.

“I do think that plastic bags are pretty low hanging fruit,” Karasik said. “We have alternatives, they’re very very clear. For the majority of civilized life on earth people have been using reusable bags and reusable packaging.”

Aside from the economic incentives for behavioral change, Daniel Fiorino, director of the Center for Environmental Policy at American University, said the 5-cent tax serves as a reminder for people at the checkout counter that they are using resources and producing waste, which alone might curb consumption.

Alexandrians can expect more environmental-based legislation to be implemented in the future. Eight months ago, the Virginia assembly approved a ban on foam to-go containers. Businesses with more than 20 locations will need to stop using foam food containers by July 2023.

Amel said he expects a continued push for limits on other single-use items like straws and plastic utensils that restaurants give away with takeout.

“I think people were kind of waiting until localities adopted this plastic bag tax,” Amel said.

“And now that that’s in place we can, you know, go back to the legislature and say, see, this kind of stuff is wanted.” 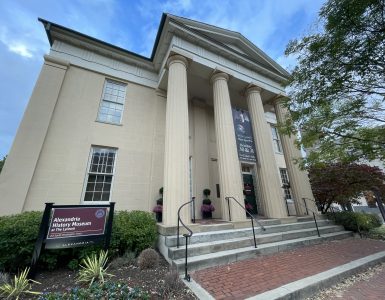