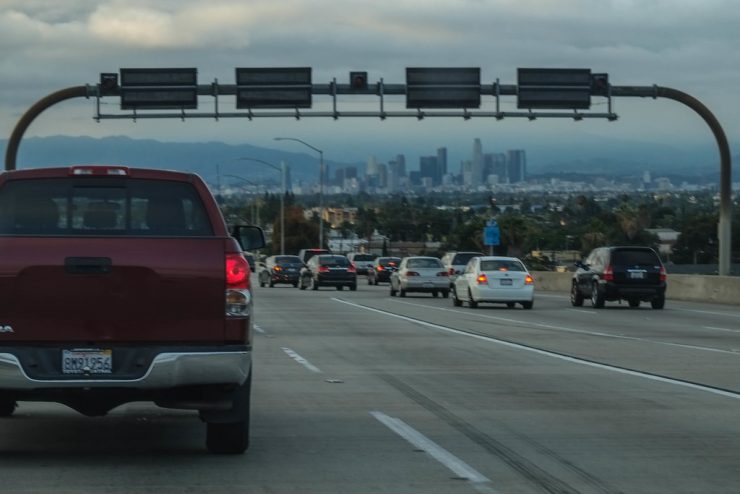 Proposition 22 was approved by California voters, 58.6% to 41.4%, classifying drivers for companies like Uber and Lyft as independent contractors rather than employees.

The California State Legislature passed AB5 in 2019, which reclassified app-based drivers as employees forcing companies to provide benefits like workers compensation for their drivers.

Uber, Lyft, and other companies that use these drivers challenged the law and introduced Proposition 22 via the California referendum system in order to avoid covering additional benefits.

Proponents of Proposition 22 argue that drivers benefit from their independent contractor status and allow them to maintain a flexible work schedule while providing fair wages.

Katie Wells, a postdoctoral research fellow at Georgetown University’s Kalmanovitz Initiative for Labor and the Working Poor has published research specifically about app-based drivers and the gig-economy in Washington DC.

The Wash reached out to Wells over the phone and she said Proposition 22 was a “corporate buy” and that “these are companies that have paid millions of dollars because they have lied repeatedly over the last ten years.”

Her research has found that drivers have a hard time calculating their actual earnings and a third of drivers took on debt as a result of their work.

Additionally, another 30% of drivers surveyed in her study reported physical assaults or safety concerns during work through their ride-hailing platform.

AB5 would have required companies to compensate their drivers for any expenses accrued by those on-the-job safety concerns. With Proposition 22, the expenses covered are very limited.

“These companies have not paid a dime in worker comp,” exclaimed Wells.

She added that there have been some related discussions in DC regarding the reclassification of workers to employees within the construction trades industry that could be extended to other industries like domestic workers or platform workers.

Miguel, 43, drives for both Uber and Lyft in Los Angeles. He said he voted for the proposition, “I work hard, you know, I drive 50, 60 hours a week. I like making my own schedule.”

A flexible schedule is already something that companies can grant, according to Taylor Woods, an organizer with Drive United.

Drive United advocates for driver’s rights in the metropolitan area.

When The Wash asked Woods about drivers having more freedom in their scheduling under Proposition 22, Woods said, “it’s bulls—.”

He said the “illusion of flexibility” is “just a lie that’s been purchased by $200 million,” in reference to how much money companies like Uber and Lyft poured into the affirmation campaign of Proposition 22.

Although he admits that there is a “divergence of interest between full-time and part-time drivers.”

There are fewer drivers that work full-time who drive the most hours and miles through the apps. Drivers who work part-time or for fewer hours wouldn’t benefit the same way from an employment relationship as full-time drivers.

Uber and Lyft also threatened to opt their business out of California had Proposition 22 not passed. In 2016, a similar scenario happened in Austin.

The city passed a referendum that required fingerprint checks for drivers, which prompted Uber to leave the Texas capital.

At first, things were chaotic for both drivers and riders. There was confusion and difficulty in customers finding drivers.

Following the chaos that ensued with the new law, the number of freelancers and new smaller businesses developed to fill the demand left by Uber.

According to Wired Magazine, drivers found they were making more money than before since there was no middle-man that collected profits away from drivers.

The following year, however, the Texas State Legislature passed a law that circumvented Austin’s fingerprint requirement and Uber returned to the city.

“I wouldn’t even call it a circumvent [of the law], I would call it a direct hit,” said Wells in reference to what happened in both Austin and California.

According to Woods, DC law is “incredibly favorable” to Uber and Lyft and that drivers “start at a disadvantage.”

Woods said drivers would favor a change to the law that reclassifies them as employees and would welcome other business models if similar threats were made to leave the District.

He adds that Uber and Lyft “distort people’s perceptions that if these companies leave, it’s going to be a problem. And that’s not necessarily the case.