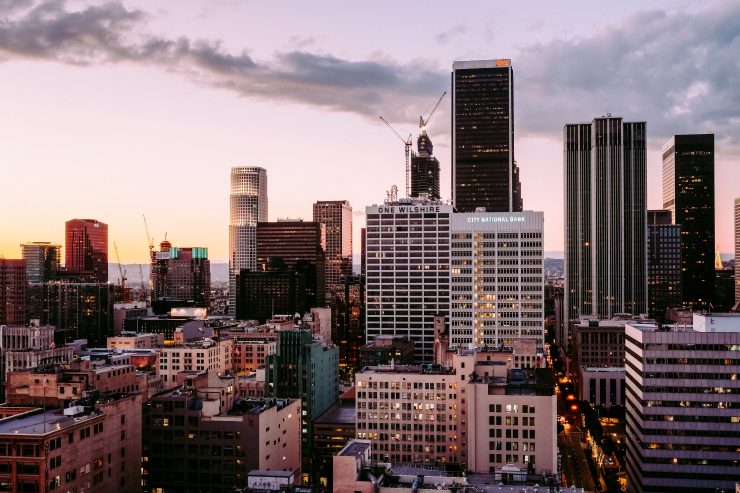 Californians mostly elect Democrats to public office. But state ballot initiatives are not always clear-cut victories for the left.

Ballots are still being counted in California with 85% of precincts reporting in, but the Associated Press has called Democrat Joe Biden the state’s winner, defeating Republican President Donald Trump.

Despite the dominance of Democrats for both state and federal offices, California ballot initiative results tend to sway across party lines.

Of the 12 propositions, including a diverse range of topics from property tax reassessments, affirmative action, to job security for gig workers, only four of the results mirrored the California Democratic Party’s recommendations.

A February report on California’s political geography from the Public Policy Institute of California found that the state has a range of opinions dependent on geographic location.

Counties along the coast, including the Bay Area and the greater Los Angeles area, have far more liberals than conservatives; however, conservatives are more prevalent farther inland.

Jim Newton, a longtime journalist and lecturer who teaches public policy and communications studies at the University of California, Los Angeles, said there’s a wide range of reasons why Californians may vote more conservatively than the makeup of their public officials.

First of all, Californians vote on more things than they typically want to. “There’s a fatigue that sets in” when the ballot is filled with initiatives, Newton said during a phone interview.

He said that in other states, a lot of ballot issues are typically left to legislatures. This gives an advantage to the “no” side because voters may not be as informed on complicated issues and don’t find the time to study the details.

“People like to vote on things that lower their taxes or make them safer,” Newton said.

California’s initiative, referendum, and recall system were originally intended to allow ordinary citizens to check special interests and the government.

Newton said it performs that function today but also provides an opportunity for the opposite effect.

“It allows special interests an avenue to check the legislature,” added Newton.

According to the Public Policy Institute of California report, most Californians feel their taxes are too high, regardless of where they live. This, in part, may help explain why November’s Proposition 15, a proposed tax increase to commercial properties, is leaning towards failure.

Proposition 15 focused on reassessing higher values on commercial and industrial properties. Yet, according to a pre-election poll by the University of California, Berkeley, some voters believed that it may eventually affect residential properties.

According to Newton, Proposition 15 was the first real effort at taking a “notch” out of Proposition 13, which passed in 1978.

The ballot initiative rolled back most local real estate assessments to 1975 market value levels, limited the property tax rate to 1 percent plus the rate necessary to fund local voter-approved bonded indebtedness, and limited future property tax increases to a maximum of 2% per year.

Newton was surprised that it failed but understood that voters might not want to risk raising taxes and costs amid a recession and pandemic.

This proposition would repeal a previous ban on affirmative action in hiring for state and local governments, and was defeated by over 12 percentage points. The original ban was approved by voters in 1996, with 55% of the vote.

This was another result that surprised Newton, given the conversation on race, “this could be one avenue to channel that energy.”

But aside from the national conversation, he said, “there is not a lot to show for that as far as changes in the law.” According to Newton, legislative efforts in Sacramento to address police accountability have not gone far.

Another major issue was the gig economy and classification of app-based workers as independent contractors.

The measure came up following a state legislature’s decision to classify gig workers as employees rather than independent contractors.

Companies like Uber and Lyft poured over $200 million into passing the measure. “If you took their spending out of it, it wouldn’t have passed,” said Newton.

Proponents claim that the new rules benefit drivers by allowing them flexibility as independent contractors to set their own schedules and not have commitment obligations to the company.

Opponents of 22 argued that these companies wanted to avoid providing job security benefits and minimum wage guarantees to their workers while still profiting from their driver’s full-time labor.

Katie Wells, a postdoctoral research fellow at Georgetown University’s Kalmanovitz Initiative for Labor and the Working Poor, said in a phone interview that the data and research Uber and Lyft offer to support their claims “isn’t rigorous” and cannot stand up to peer review.

“For a company that has so much data, they’re amazingly, remarkably, and some people would say generously, holding that data close to their chest,” said Wells.

Following the release of a controversial study from Cornell University, Wells and dozens of other academics signed an open letter in July that included principles to ensure independent research and keep companies from influencing public policy.

The study was commissioned by Uber and Lyft and it suggested that drivers in Seattle did not need a minimum wage law because they were already making over $23 per hour after expenses.

“This was a corporate buy,” said Wells, adding, “they try to buy the name of Cornell and bought a researcher there to do this study.”

Meanwhile, another study was released the same day from the New School and the University of California, Berkeley, that found drivers only earning $9.73 per hour after expenses.

According to Newton, the initiative’s language was also difficult for voters to understand and advertisements made it seem like most drivers wanted to be independent contractors rather than employees.

Criminal justice reform efforts have also been popular issues this election cycle following this past summer’s nationwide protests. Democratic party leadership in California supported Proposition 25, believing it to be an effective reform measure.

Proposition 25 would have ended cash bail in the state and instead allowed judges to place a risk assessment for detained suspects awaiting trial.

This proposition requires that people placed in jail for felonies and misdemeanors that are ineligible for automatic release be assessed for their risk of committing a new crime or failing to appear in court if released.

The Democratic Party officially endorsed this measure, but other more progressive groups came out in opposition.

The ACLU, Black Lives Matter-LA, and Democratic Socialists of America-LA all opposed Proposition 25.

They claim that allowing judges to be the sole decider on risk assessment could lead to even worse racial bias. The measure ended up failing, 55.8% to 44.2%.